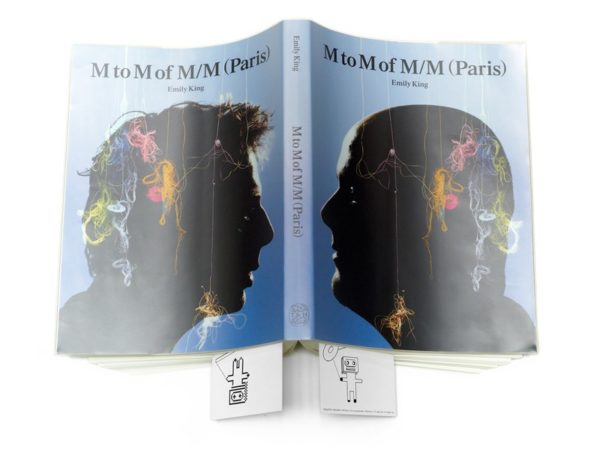 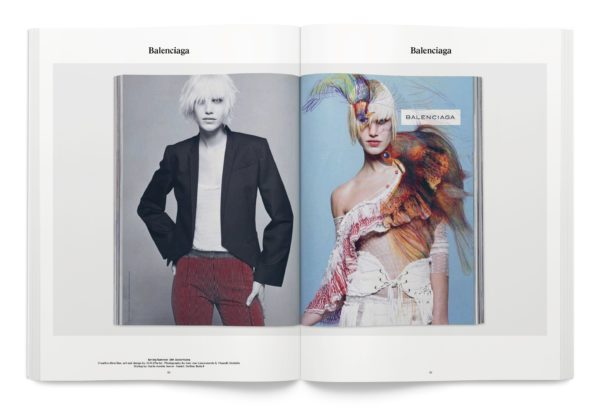 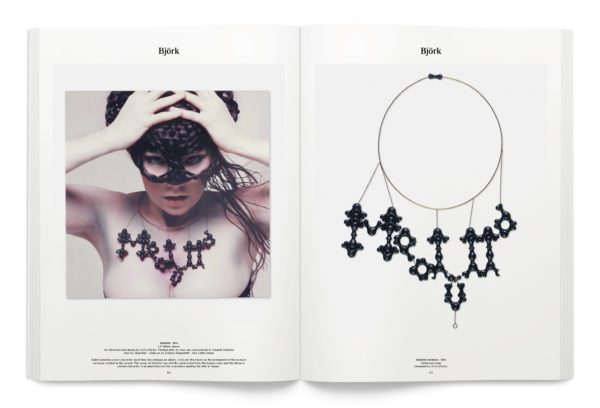 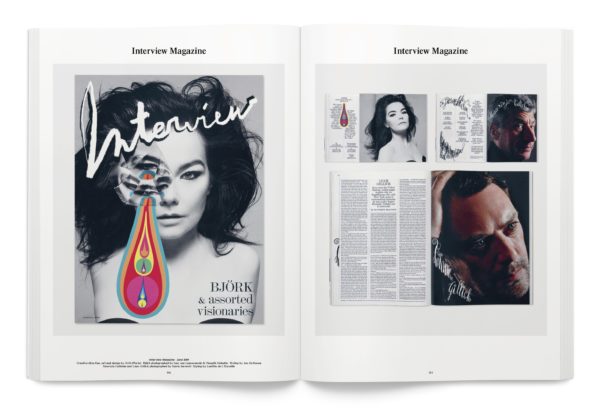 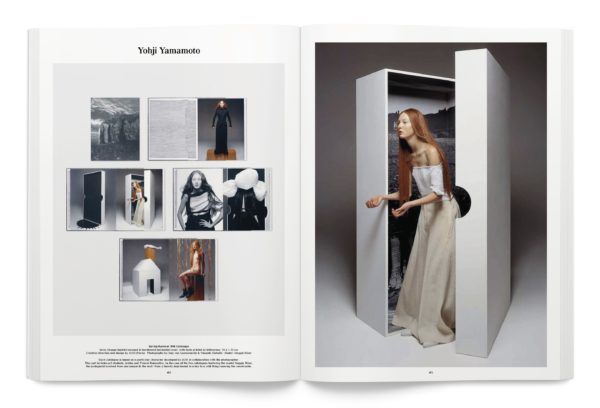 The 527-page book is weird – the beginning of it is in the middle, which is disorienting but also amusing. Otherwise, the projects M/M have worked on are organized in alphabetical order, which highlights the idea that all artistic problems and their corresponding solutions are created equal.

And what a range or projects that is. M/M (Paris), founded by Mathias Augustyniak and Michael Amzalag, is an incredibly prodigious agency and has done work for Balenciaga, Givenchy, and Jil Sander in fashion, Madonna and Bjork in music, Vogue Italia and Paris, Interview and Arena Homme Plus in magazines, and so on. They have worked on books and films, museum exhibitions and videos, look-books and show invites, and the list goes on. The amount of projects cataloged in the book is simply staggering.

If there is a signature to M/M’s style, it’s overlaying photography with graphics, many of them almost cartoon-like in their aesthetic. This creates a contrast that works on a visceral level, or as Emily King, the book’s editor, puts it, “They do know how to make things just the right degree of wrong.” Some of the most memorable images they have created were Bjork album covers, with their long time collaborators, photographers Inez van Lamsweerde & Vinoodh Matadin. M/M has managed to capture Bjork’s idiosyncrasy in their imagery partly because they understand her synesthetic language. “If I want to explain the music – to say, ‘This song, it’s not a pink song, come on! You know, it’s a green song’ – I’ll go to Michael. I won’t even have to explain,” says Bjork in an interview for the book.

On the fashion front, particularly impressive is M/M’s work for the Japanese designer Yohji Yamamoto, again collaborating with Inez & Vinoodh, as well as Paolo Roversi and Craig McDean. They were hired by Irene Silvagni, the former Conde Nast editor in Paris who went to work for Yohji Yamamoto in the early 90s. Her candid interview with Emily King is one of the highlights of “M to M” for its anecdotes about the world of fashion magazines and Yamamoto.

There are other rewarding texts in the book, not least of them the interview with Mathias Augusyniak, who has an interesting take on drawing, “I don’t think people should be sentimental about drawing. To see drawing as a kind of emotional expression is wrong, and bad, and really dangerous for humankind somehow. That’s why I was drawn to graphic design. I needed to be within public life, inserted in reality, and not just sitting by the crying rivers of Romanticism, drawing but now knowing why.” This, in a way, is an ethos of the M/M (Paris) graphic style.

P.S. If you are in New York this weekend, you can catch M/M at the two events below: