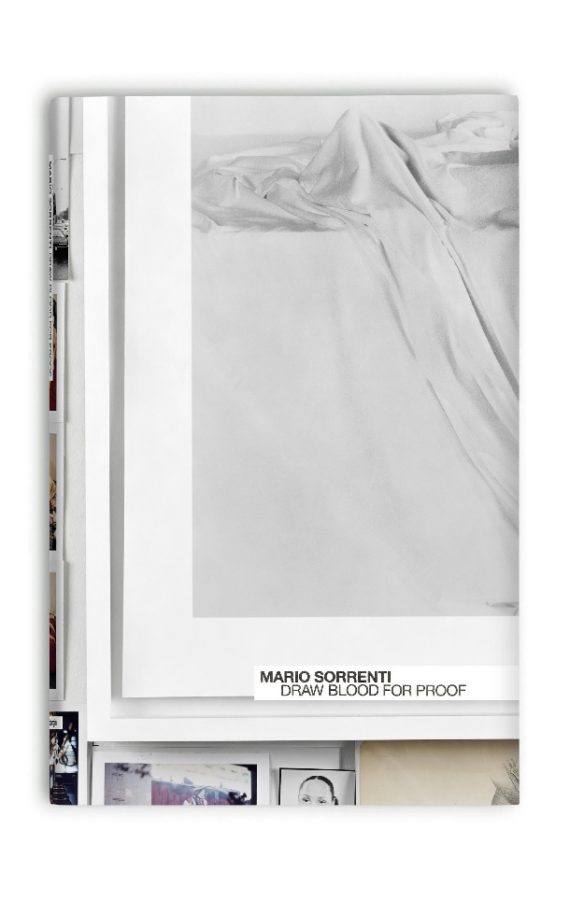 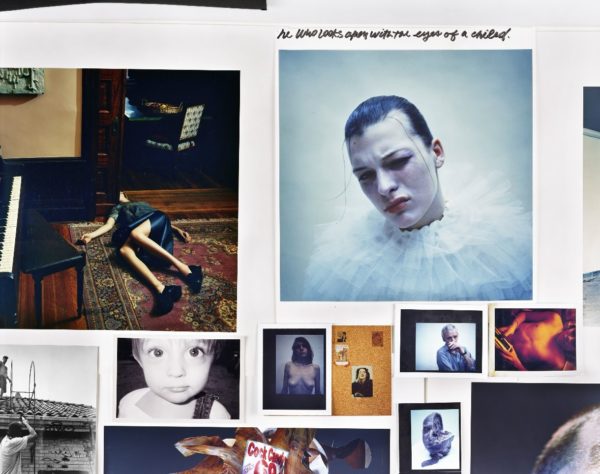 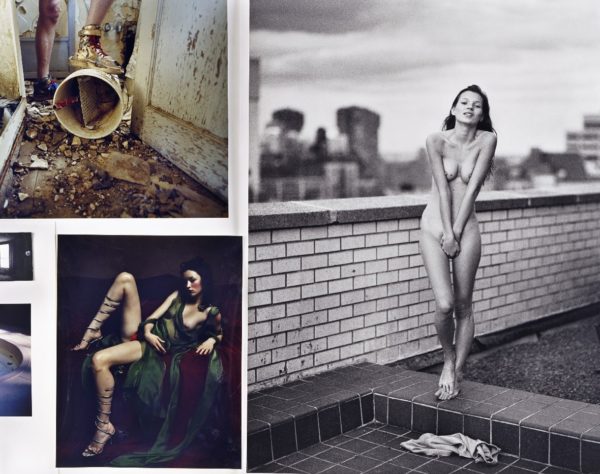 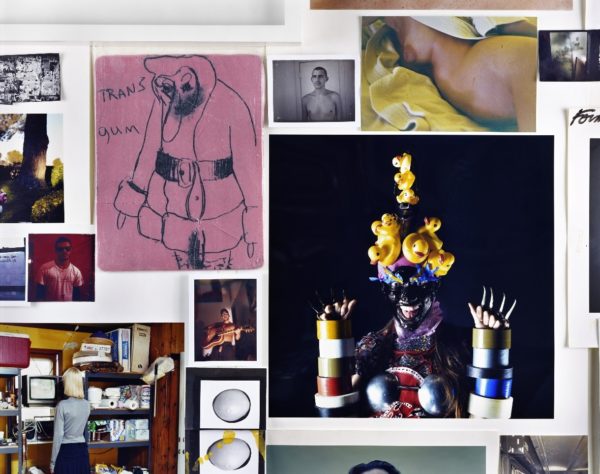 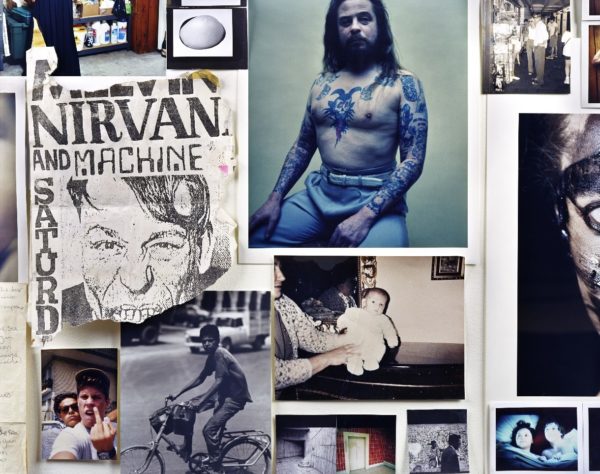 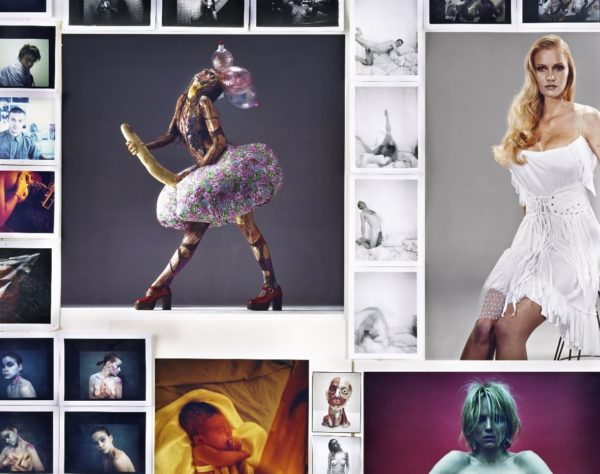 During the 90s Sorrenti began covering a wall in his loft with random prints, posters, contact sheets and other material gathered throughout his fifteen-year career. It was a diary of his life of sorts, where shots of supermodels mingled with Polaroid self-portraits and photos of random people in varying stages of undress. At some point the accumulation of material gave the wall a life of its own, so much so that in 2004 it became a gallery exhibit.

For the book Sorrenti methodically rephotographed the wall using 8×10 Polaroids. Flipping through it gives you a sense of looking at a puzzle game of someone’s life (spot Kate Moss as Eve for bonus points). The tome is huge and heavy, and, it being a Steidl book, beautifully printed, so, if you are tempted to disassemble it and recreate Sorrenti’s wall in your living room, think twice.

All images are by Mario Sorrenti, courtesy of Steidldangin