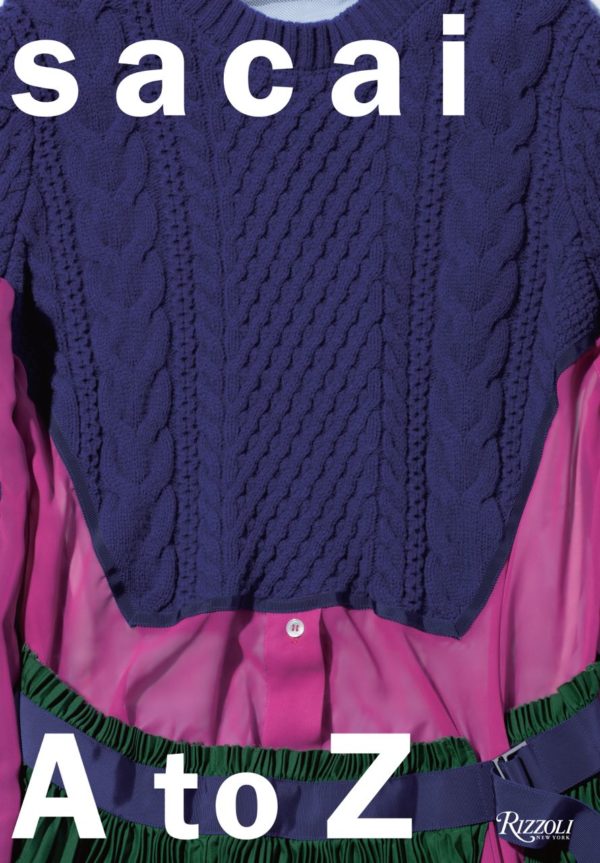 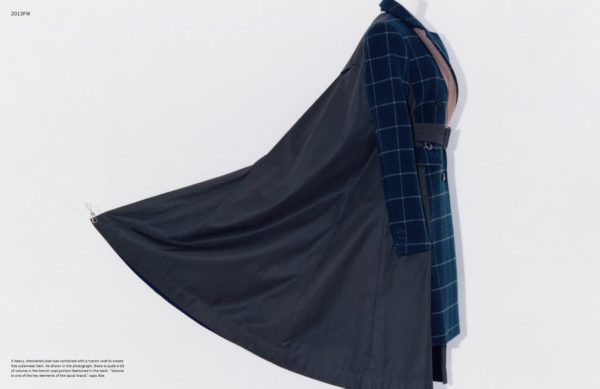 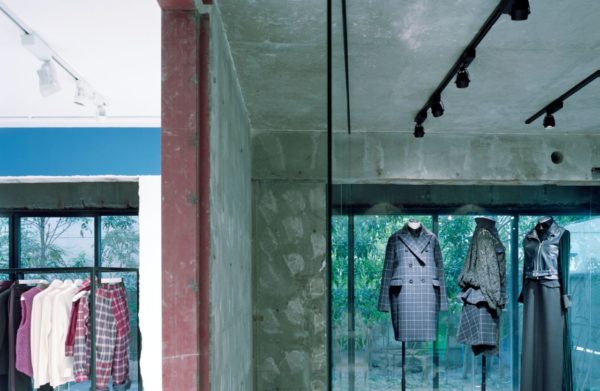 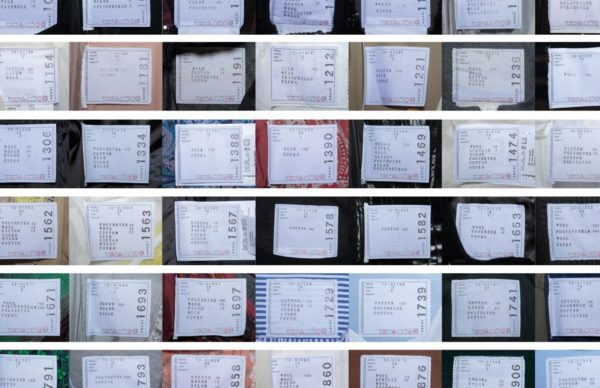 Despite her commercial success and critical acclaim Chitose Abe and her Tokyo label sacai are still a pretty well kept secret among the fashion industry’s cognoscenti. A product of the Comme des Garcons design lab that is adept at turning out prodigies, Abe has launched sacai in 1999, while she was at home nursing her child (Chitose is married to Junichi Abe, also a CdG alumni, whose label is kolor).

Though her first Paris show happened only in 2012, critics have caught on to Abe fast. Her relative obscurity is poised to change this year, what with a capsule collection for Nike that’s being launched globally (the sneakers are already sold out), and now a monograph by Rizzoli, a publishing house that’s recently elevated itself by paying attention to fashion designers outside of the usual commercial fluff (see the Ann Demeulemeester and the Yohji Yamamoto books released late last year).

The 232-page tome, titled “sacai: A to Z” is being released today. It contains 200 photographs of Abe’s work, and an introduction by Sarah Mower that, while being a bit too Lean In for our tastes provides interesting tidbits. To wit; sacai comes from a tweaking of Abe’s maiden name, Sakai. Rei Kawakubo, who mentored Abe in her formative years as designer, early on gave the nod – literally – to sacai being stocked at 10 Corso Como Comme des Garcons in Tokyo.

That Abe is a talented designer is undeniable. The juice of her work comes not only from using ingenious combinations of materials – hard and soft, heavy and light – but also from fusing several garments into one.

Mower describes Abe creating “whole outfits that appeared to be composed of layers – say cotton shirts under sweaters, over petticoat skirts – which were actually all joined together as a dress that could be pulled on in one gesture. The back of a piece was rarely in the same fabric as the front. Pinstripe men’s shirting could end up trimmed with lingerie lace. Trench coats and biker jackets were made in broderie anglaise lace and cut into flounced tiers or gathered into bustles.”

That these amalgamations, which could easily go Frankenstein wrong, are done so deftly and so lightly are a clear indication of Abe’s prowess. Her designs are complex without being fussy, and she has managed to create a new aesthetic, no easy feat today, when so much in fashion has already been done.

The book does a pretty good job of documenting the sacai world. Its imperfections are the fault of ambition – any book that pigeonholes itself into the alphabet format is bound to have some shortcomings (what do you put for “X”?).

For example, the letter “A” stands for “Astonish,” and is comprised of sacai’s runway photos that indeed showcase her brilliant designs. But shouldn’t the reader decide whether she is astonished by these or not? “B” stands for “Brand,” but it only shows a bunch of sacai shopping bags and other packaging material.

“C”, on the other hand, stands for “Creation” and absolutely engrosses you into the nitty-gritty of Abe’s work process. It consists of individual product shots – from the first to the most recent – and their descriptions.

Behold a sweater from Fall/Winter 2006 that looks like a knit zippered cardigan fused with a nylon top. “It is a reversible design that combines knit and woven fabrics, with a zippable top used for the outer layer. When the stretchable knit material is worn as the outer layer, it gives the overall figure a slimmer silhouette.” Say that five times out loud.

For the budding designers, the letter “P,” which stands for “Pattern,” might be fun, because it provides a pattern for one of sacai’s biker jackets. And something else for you from the designer herself, under letter “Q” – “quotes” – “It’s better to do things right than to do them fast.” File this under “A” – for “advice.”
__________
sacai: A to Z – Rizzoli New York ($75)
All images courtesy of Rizzoli New York