Fujita also continued his fascination with geometric forms, often present in traditional Japanese dress. The circle knit was inspired by the drawings of mazes in Hermann Kern’s book, Through the Labyrinth. The result is a one-piece, seamless cardigan. It’s four triangle segments are knit using a drop-stitch technique. 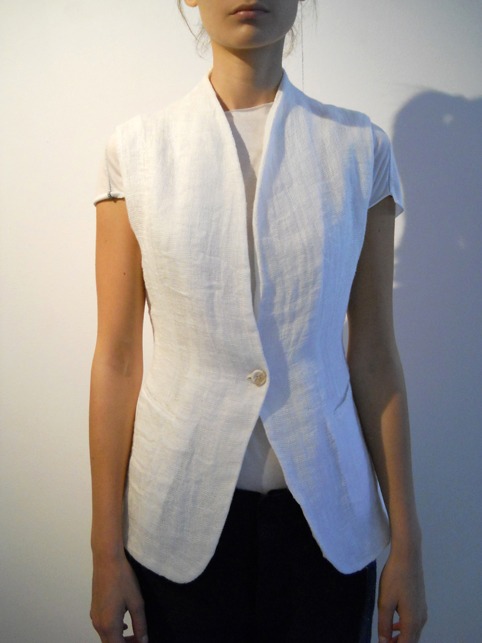 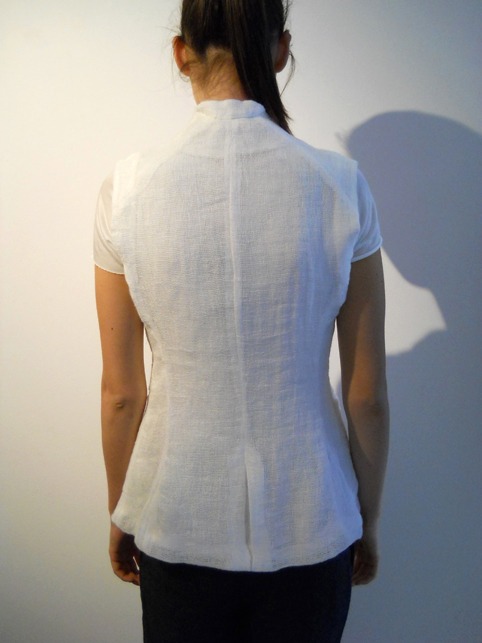 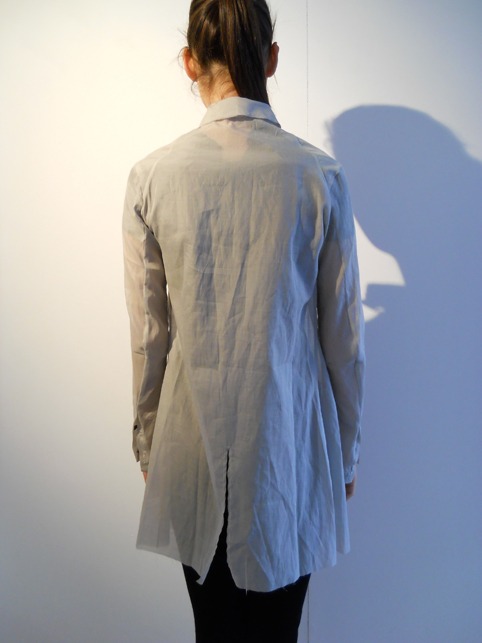 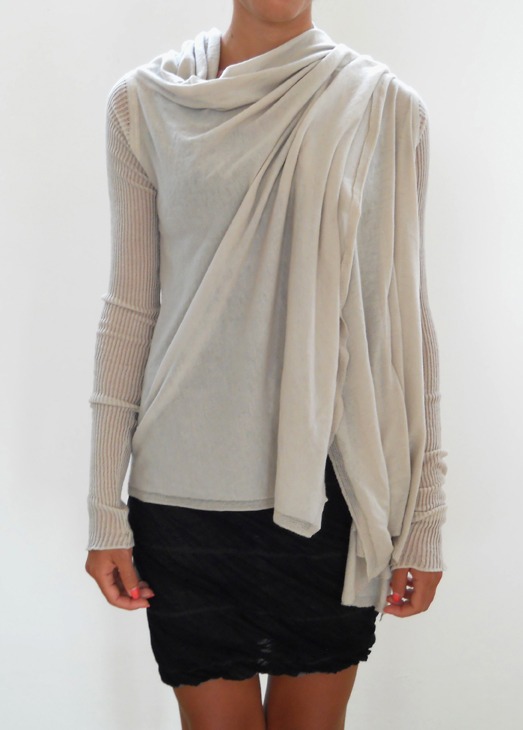 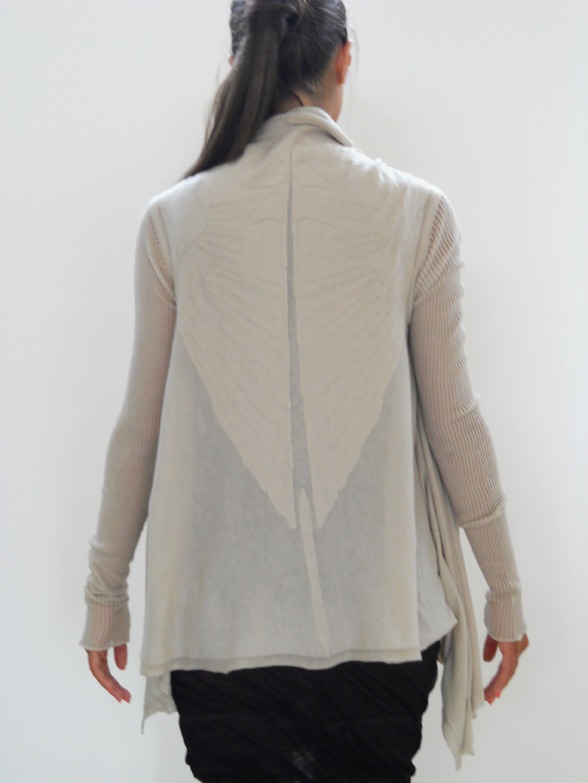 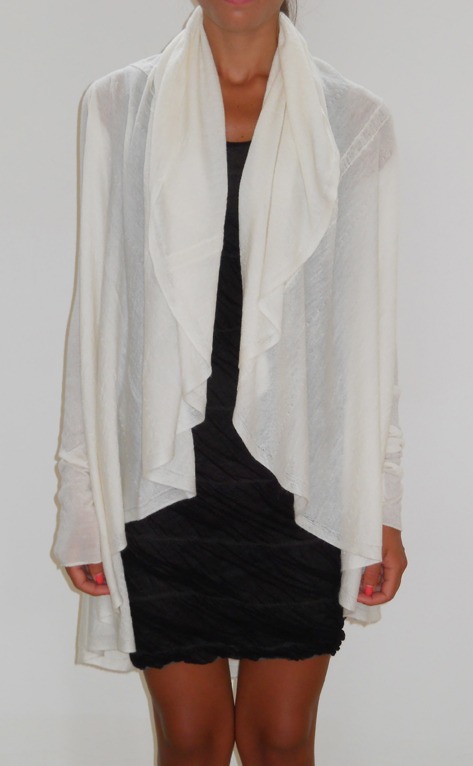 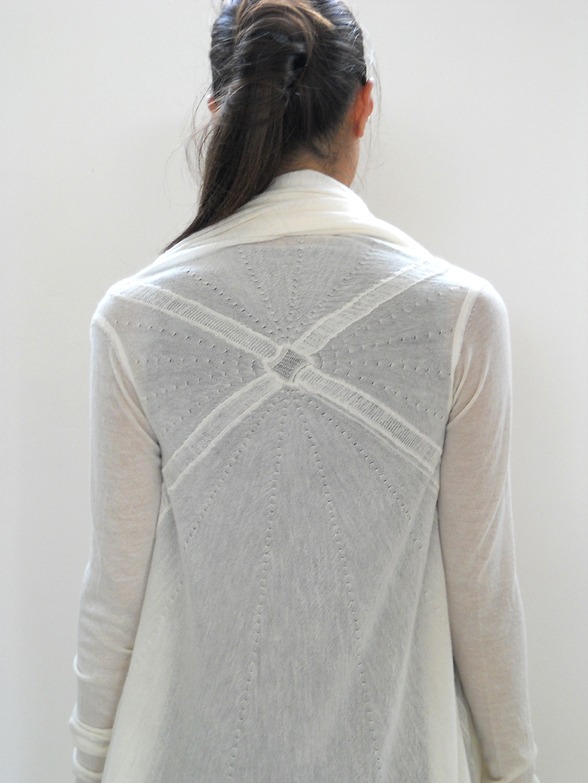 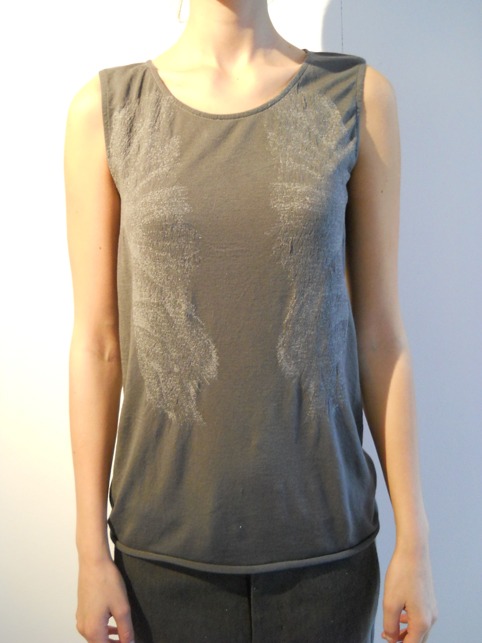 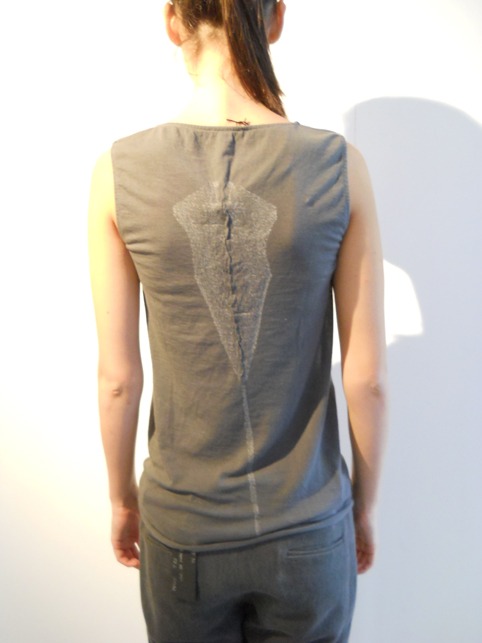