And that’s what Small’s show, called “You Cannot Evict an Idea,” did. It picked up the theme of social inequality that runs through the Occupy Wall Street movement, to which Small has already donated 52 garments.

In the long room in the Marais district, the walls were lined with cutouts of the police, and the catwalk was enclosed in the orange mesh, not unlike the nets the cops used to contain the OWS protesters. The show started with the recording of a woman’s voice, the voice of the Arab Spring. The voice urged the Egyptian men to rise up against the injustices perpetrated by their rulers. The recording then traveled across to the US, where, unlike Egypt, the political protests achieved nothing. What we heard instead was Obama’s apologetic voice, defending his signing of a law that allows the US army to indefinitely detain American citizens suspected of terrorism without trial.

As the models walked out in their workmen clothes, crumpled and dusty, the image was unmistakable. These were Steinbeck’s men and women, tired, hungry, exploited, harassed by cops, betrayed by their country. And then Springsteen’s voice sang, “This land is your land.” This song, about the promise of America, no longer rings true, as Springsteen himself says on the track. That promise has been broken too many times for too many people.  At the end, the models came out and tore down the orange nets, freeing themselves.

This reviewer has seen many shows – spectacles of glamour, vehicles for fantasies, aesthetic reflections. Sometimes they excite, sometimes they bore, but rarely do they touch the heart. This Geoffrey B. Small show was a treasured exception. 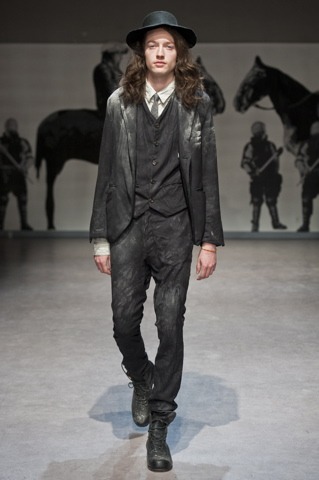 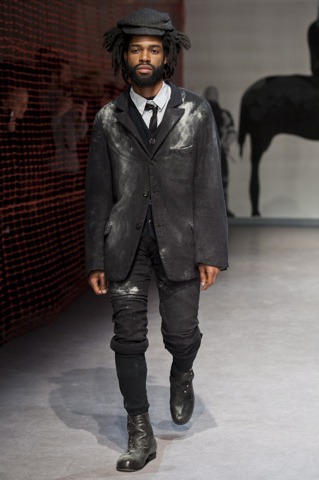 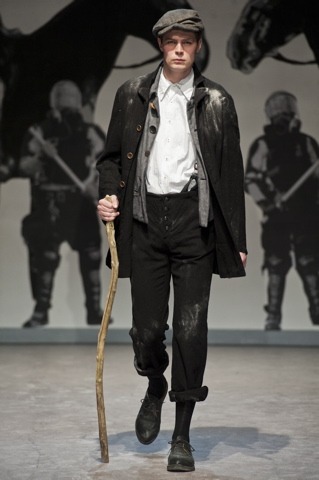 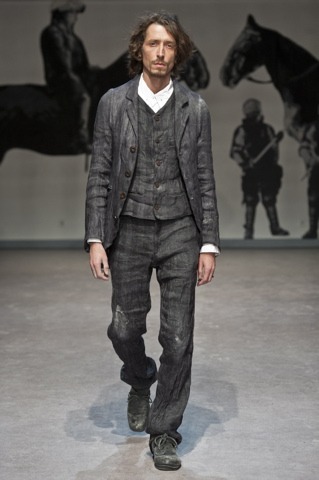 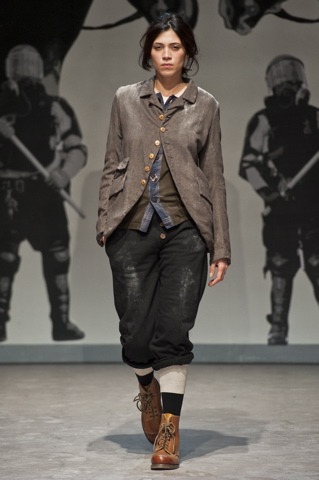 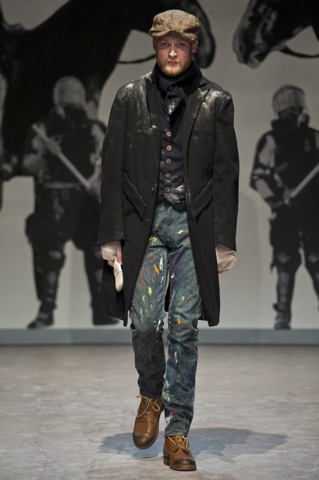 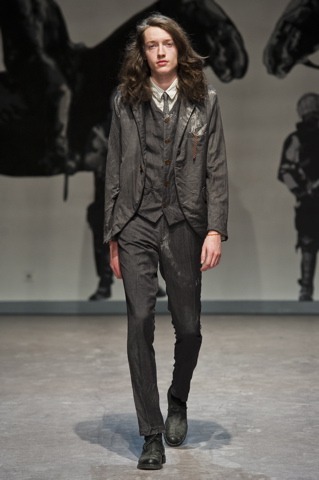 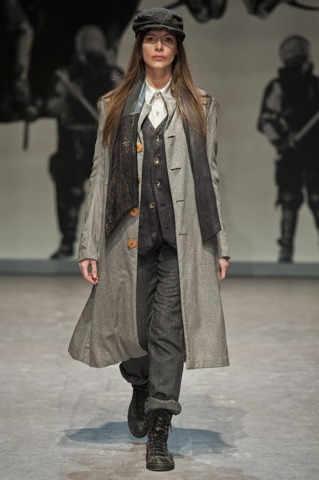 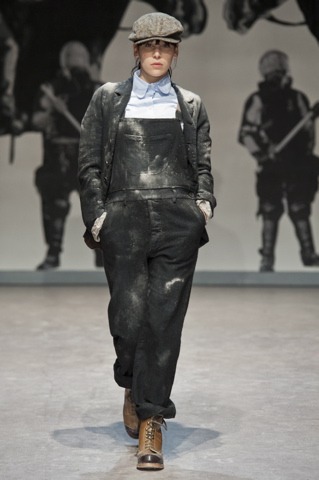 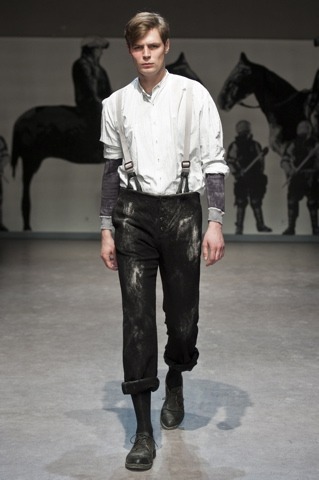 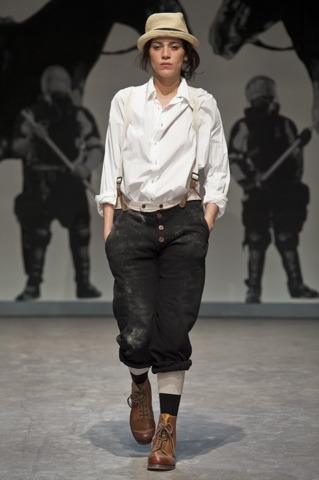 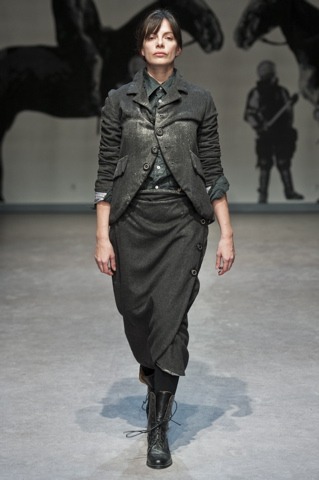 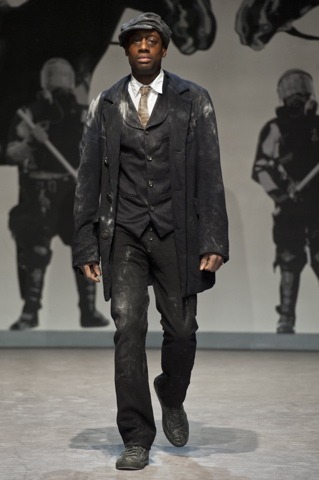 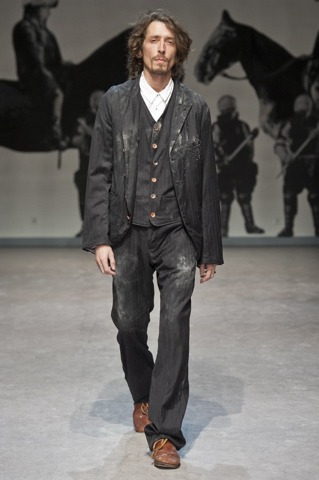 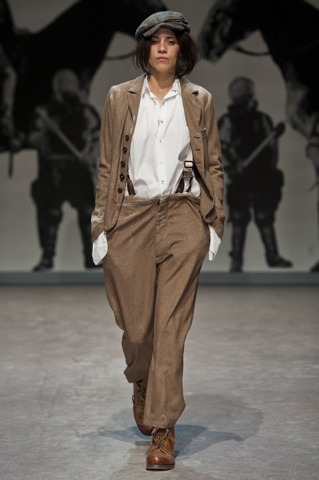 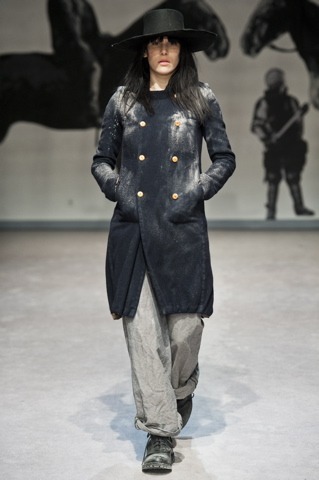