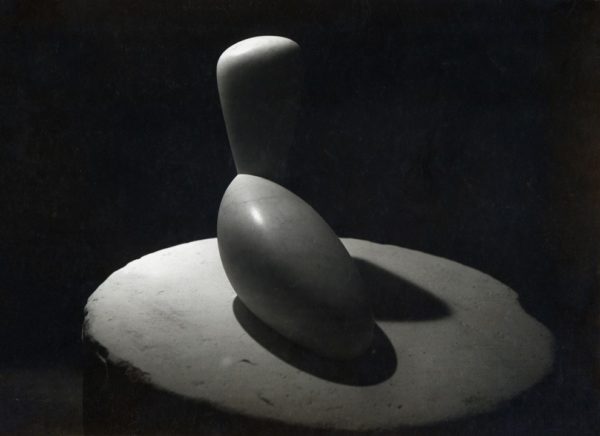 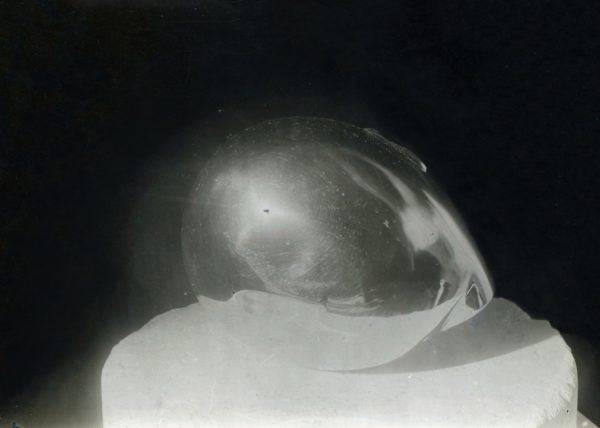 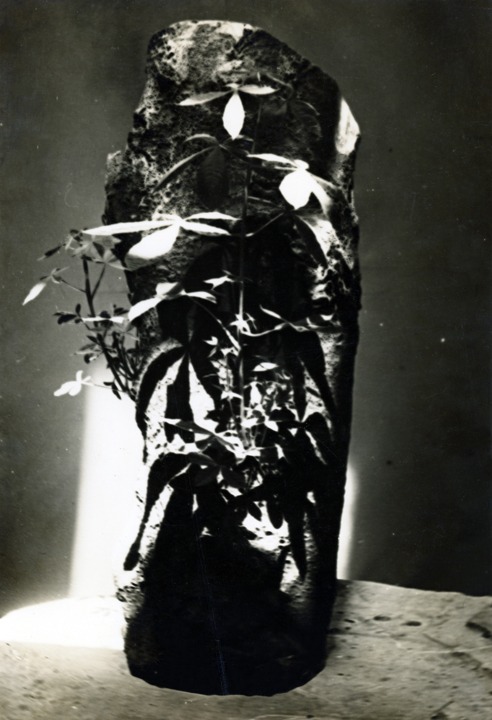 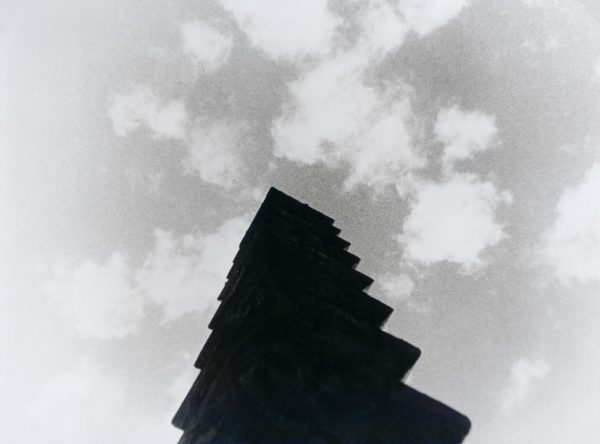 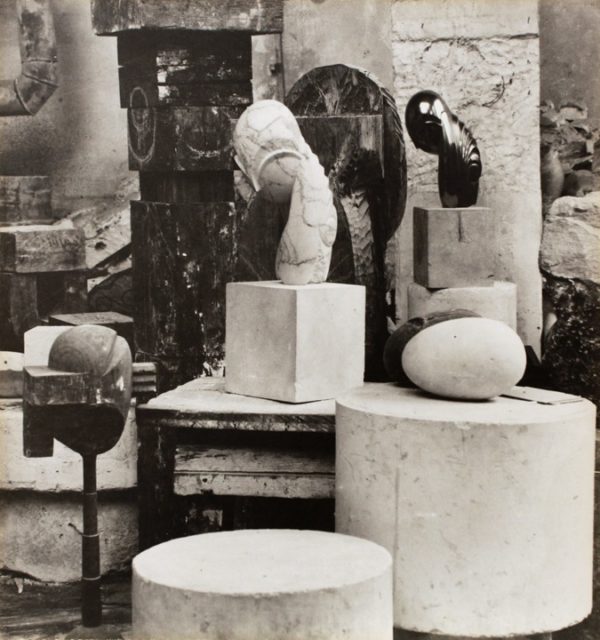 A question relevant to contemporary concerns quietly resonates in the elegantly understated show of 30 or so vintage prints shot by Constantin Brancusi in the 1920’s and 30s, currently showing at Bruce Silverstein gallery in New York, and it is namely one of intent. What are we to make of photographs taken by an artist known as a sculptor? What purpose were these photographs intended to serve? To whom were they addressed? What has the passage of time wrought on them and on our interpretive efforts?

The gut reaction is to see the photographs as simply documentation. However, even a cursory stroll through demonstrates that there is more going on than just Brancusi photographing sculptures for his consumption alone.

Nor is it fair to chalk these prints up to self-indulgent exercises in modernist tinkering, trifles that, but for coming from Brancusi’s hand, would be of little artistic or historical interest. The reason for that is their creeping complexity. Myriad photographic voices speak up in this show and myriad levels of history waft up through it.

In certain images, such as “Leda,” Brancusi uses the photographic language of shadow and light to startling effect, enhancing the sculptural qualities of his subject. A funny thing happens when staring at this print long enough: the focus shifts from exquisite grays and bulbous protrusions to black and white and distinct geometric shapes and extreme flatness. The slight shift of perception from the photographed to the photograph.

“View of the Studio: Mademoiselle Pogany II” requires looking on three levels. First, as information, documentation of an arrangement within the studio. Second, as a cubist composition, a painting, really. And third, formally, as a photograph.

Other images show Brancusi speaking in the authoritative voice of the sculptor, pointing out to the viewer the salient aspects of his sculptures that may not be evident in the flesh. “Endless Column” is magisterial in positioning you vis-à-vis a work. With this one stark image you “get” that Brancusi supposedly said this World War I memorial was intended to “sustain the vault of heaven.”

The photograph “Prometheus” dematerializes its subject: the sculpture becomes pure reflection, nearly transparent in its gleam, against a velvety black ground. It is worth stopping and reflecting at this photograph on how hard Brancusi must have worked to get this type of polish on a sculpture. And on that note, after seeing “The Golden Bird,” maybe it is not so easy to scoff at the New York customs agent who, upon uncrating it, determined that it was an industrially manufactured item and, thus, subject to import tax. (It would take Edward Steichen, who had purchased the piece, the New York art world of the 20s and a court case to settle the matter).

The art world of that era is alive in this show in, of all the places, the exhibition checklist. Many of the prints passed from the artist to James Johnson Sweeney (MOMA curator and 2nd director of the Guggenheim) and Walter Pach (organizer of the 1913 Armory Show among other accomplishments).

The photographic language of self-portraiture is voiced most touchingly in “Trunk of a Chestnut Tree in the Studio” (though the ornery gaze in “Self-Portrait” is priceless). The story relayed to me to regarding this photograph is that upon recovering from an illness Brancusi emerged into his studio to find green leaves sprouting from the trunk of the chestnut tree and he took the event to heart, going so far as to produce double exposures (not exhibited) of himself and the tree trunk. The provenance listed for this photo is the “artist to Vera Moore,” his lover and mother to his son.

The ghost that haunts these photographs is one that Brancusi most likely did not expect, his studio. The literature on Brancusi has it that by the 40s he had arranged his sculptures in their final positions. He died in 1957. In 1961 his studio and living quarters were demolished. The photographs he took of it, whether lovingly, for amusement or for work, provide our only glimpse of that lost place and its charms.

“Brancusi: The Photographs” at Bruce Silverstein, now through June 23, 2012