Requiem for the sun: The art of Mono-ha 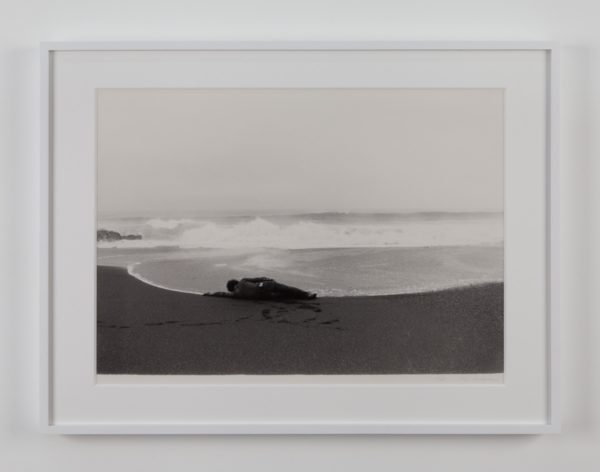 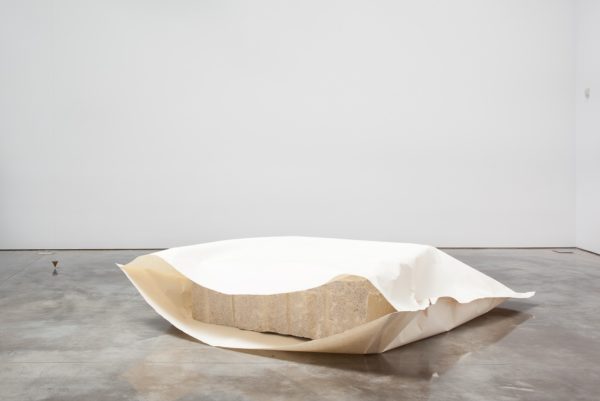 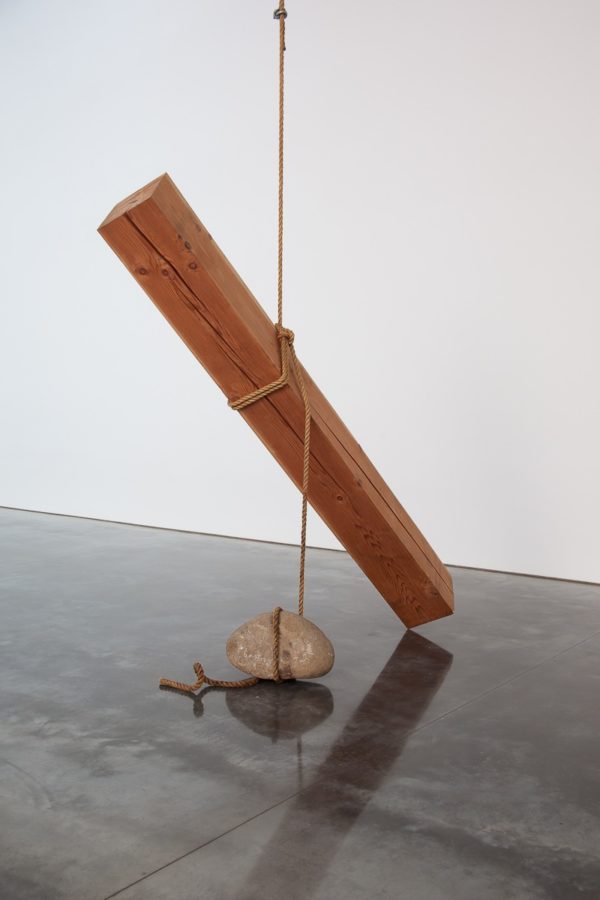 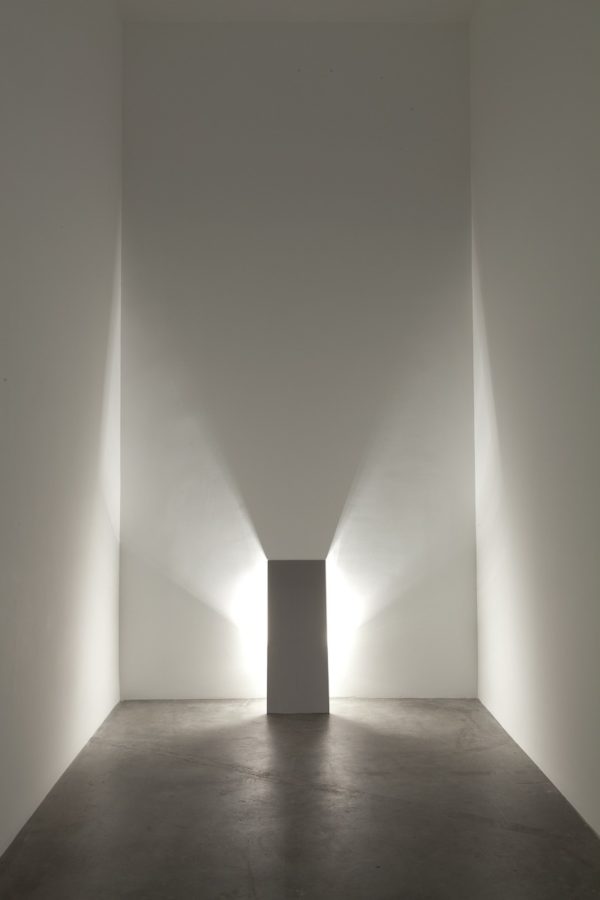 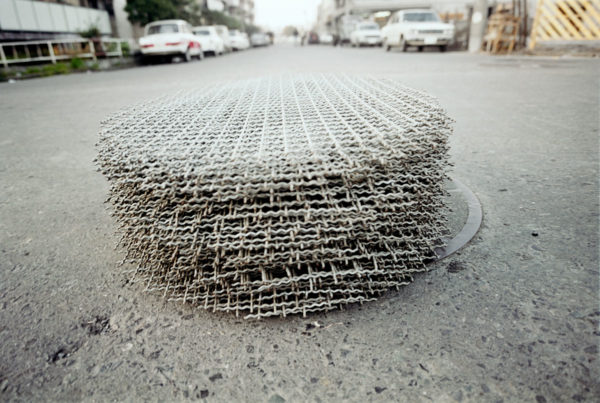 “Mono-ha” is the name hung on a loose confederation of a dozen or so artists active mostly in Tokyo during an intense spell from 1968 to the early 70s. “Mono” can be read as “thing”    (it’s traditional English translation, hence “School of Things,” Mono-ha) but also as “matter,” “material,” and “object.”

Somehow or another, in an overexposed world, Mono-ha went underexposed in North America. That is until now. And, needless to say, we’re better for it. This summer Gladstone gallery in New York (in collaboration with LA’s Blum & Poe) has mounted an exhibition of key installations, works on paper, photographs (some vintage) and a 8mm film from eight principal Mono-ha figures.

The origination myth of Mon-ha starts with Nobuo Sekine’s Phase-Mother Earth and goes like this: in Kobe, October 1968 at the “1st Suma Park Contemporary Sculpture Biennale,” Sekine, with the help of two other Mono-ha artists, Susumu Koshimizu and Katsuro Yoshida, dug a cylindrical hole in the park and next to the hole compacted the unearthed dirt into the exact same shape: a cylinder 8.5 feet tall, 7 feet wide. But then, as one critic put it is, “When Sekine finished the work, however, something unexpected happened: he was simply stunned by the sheer power of the “thing” (mono) before him. The reality of it overwhelmed whatever concepts he originally had in mind.”

This accidental and tentative nature of the birth of Mono-ha was still on the artists’ minds some 25 years later when Kishio Suga noted during a round–table discussion, “I wonder if Sekine could even figure out the ultimate consequences of what he had done. Having started from [optical] trickery, he ended up in a completely different direction. I guess that he himself was astonished. But in some sense, such a feeling contains elements that are very useful.”

Simon Groom, who helped mount the first UK exhibition on Mono-ha at Kettle’s Yard, University of Cambridge, ten years ago, nails it when he writes, “In its simple displacement of earth, Phase-Mother Earth replaced the idea of the artist as creator, constructing images that reflected a pre-existing idea, in favour of the ground zero of art itself: the materials and the viewer’s experience of them.”

Many of the works presented by Mono-ha were never intended, or were perhaps too unwieldy, to be collected, conserved and re-exhibited as originals (Phase-Mother Earth for example). Also, much of Mono-ha work was installed and exhibited out of doors. Photographs taken at the time are all that remain to us of outdoor installations and in that role they are an important if humble part of the Gladstone show.

Now, for a New York gallery, city space constraints limited what the curators could do outside the gallery walls. So while Blum & Poe, with their ample outdoor LA space, could recreate and install many works outside gallery confines, the Gladstone show takes place exclusively indoors and off the streets. This limitation is actually one of the joys of the show: Mono-ha works are nothing if not radically receptive to their physical site, and they charge the gallery space they inhabit in uncanny way. In some instances – Suga’s Parallel Strata, Sekine’s Phase-Sponge, and Jiro Takamatsu’s Light and Shadow – they look like they were conceived specifically for the Gladstone space.

The show takes over all three stories of the building. The opening gallery presents Katsuro Yoshida’s Cut-off, a hulking steel pipe stuffed with cotton. Vintage silkscreens by Yoshida are also presented which depict city streets where everyday objects like trash cans are isolated (cut-off) in order to bring them into relief and into mind. “I want to come into contact with the unadorned,” Yoshida said at the time, “[the works] have to be open, that is, true to reality and yet indicate or convey what exists beyond the ordinary.”

Around a corner are the 6×9 inch vintage color prints documenting original installations by the artists exhibited (look closely, Cut-off is there, foreshortened on a sunny street).

Form there, one is in the grandly installed first floor space where the tidy, well-defined conceptual bundle implied in the name Mono-ha – School of Things – falls apart. This, too, is a good thing in that the “meaning” of each of the works, for all their outward simplicity, is hard to pin down.

Works by six artists are presented in the main gallery and the words used in their titles hint at how they should be approached: relatum, system, phase, nothingness, perpendicular, line, paper, cut-off. And despite the simple, everyday materials employed – steel, cloth, stone, rope, panel, lacquer, water, leather, plywood, brass, piano wire, hempen paper, granite, wood and railroad ties – they all go their own way.

Koji Enokura’s Untitled leather and plywood corner piece is evocative of the physical human body, whereas Sekine’s steel, lacquer and water Phase of Nothingness-Water is concerned with what and how we perceive with our bodies, whereas Koshimizu’s Perpendicular Line 1 (the original 1969 piece) has formal and spatial concerns, whereas Noboru Takayama’s Underground Zoo (Part) is comprised of railroad ties, which while silently imposing as “things,” are not as impersonal as you would think: story has it that he initially “thought of creating memorial works for the repose of the souls of victims of Japan’s modern history when he began using ties in 1968.”

The second floor presents works whose primary material is, of all things, light and the installation is testament to the genius of Mono-ha for getting a lot of mileage from seemingly simple questions (What is Light as a Material?).

Lee Ufan’s Relatum made of stones, light bulb, electrical cord and charcoal wall drawing (a circular shape, one of the rare appearances of an artist’s “hand” in the show) is about light and shadow. In a pleasing twist, the artist’s intentions as to when the piece is to be lit or turned off were thwarted by the ample natural light from the clerestory windows: during the show’s run the New York sun does not set until well after the gallery closes for the day.

Another curatorial choice that pushes back on Ufan’s Relatum is its installation in the same small room as Yoshida’s Cut-off 8 made of wood, electrical cord (1970) and light bulb. This work is about brightness. Reproductions do not do it justice: the bulb and its reflections off the polished concrete floor are intense.

There are three Cut-offs by Yoshida in this show. In addition to Cut-off 8, there is the thick steel pipe stuffed with cotton seen on entry. The second, Cut-off (hang), is in the main gallery, and is comprised of a huge wood beam suspended from the ceiling, with one thin edge resting on the floor, anchored by a heavy rock and thick rope. The three Cut-offs present a mini-exhibit on the evolution of many Mono-ha artists who progressed from presenting an “object” to presenting a “state or situation.” In case of Cut-off 8 “the cord of a light bulb that is turned on is coiled around a rectangular timber and extended to the plug socket, materialistically and visually indicating how the electricity flows.”

Jiro Takamatsu’s Light and Shadow occupies its own windowless room and rounds out the second floor space. It is made of a light bulb placed behind a smallish rectangular stainless steel plate leaned longways against a wall. What is experienced however is pure light and shadow. The starkness of the backlit plate becomes a void from behind which light streams out onto the floor, walls and ceiling. “It might be said that it is a waste of effort to try and capture the meaning of Takamatsu’s work,” according to one Japanese catalogue. “But the relationship between this absence and existence appears throughout all of his work.”

The third floor gallery presents two works, one by Sekine and one by Suga, which seem tailor made to the Gladstone space. The organizing principle here can be coined as gravity.

Suga’s Parallel Strata presents a small fort built of paraffin wax blocks surrounding a wax tower. The original dimensions of the work are roughly nine by twelve feet and it is perfectly proportioned to the room it is in (not to mention the skylight too). There is just enough space to walk around the work but still feel its waxy white close-ness. Despite the lack of space for outdoor presentation, the Gladstone galleries have a charm of their own for sure.

Suga might be the most “hands off” of the Mono-ha artists shown. He likes to describe his work “as having ‘escaped from art’” and his primary mode of work is to propose relationships or arrangements and then leave them alone. Apparently, this same work when presented at Blum & Poe collapsed during the show and was exhibited in its fallen state. Standing or fallen, it is all part of the same to Suga. (On an historical note, though this work is a contemporary recreation, the galleries were able to source the wax blocks from the original Japanese maker who is still in business). A 1970 caption to an installation photograph may best express Suga’s stance towards his work. In Unnamed Situation 1 he wedged open two windows in a museum stairwell with two timbers. The caption lists the work as made of, “wood, window, air, landscape, light.” It is the entirety that makes the work “the work.”

The other piece on the third floor is Sekine’s Phase-Sponge which stands over four feet tall. It is comprised of a thick black steel plate resting level on top of a large cylinder of white sponge. The weight of the plate squishes and torques the sponge. The work is compressed not only under its own weight but it is installed in a smallish room with a floor to ceiling window looking out onto an equally cramped New York rooftop. One wall is actually the freight elevator with white doors. In the middle, where the doors meet, is a thick black horizontal line that happily mirrors the steel plate of Phase-Sponge. It’s a lovely assemblage.

Before exiting the show it is worth stopping in front of a vintage photograph by Koji Enokura titled Symptom-Sea-Body. Along with Sekine’s Phase-Mother Earth it is one of the classics of Mono-ha. This description of the photograph provides a fitting end to a review of what Mono-ha is about:

… the artist is lying on a beach by the shore. The slightly curved form of his body follows the mark of the waves lapping the shore upon which he lies stretched out. There can be no more poignant image of the body being our means of belonging to the world, nor of our desire to be united with the world around us and our consciousness of our separation from it, alternating like the endless ebb and flow of the waves washing upon the shore.

Requiem for the Sun: The Art of Mono-ha.  At Gladstone Gallery, through August 3, 2012.