Quay Brothers: On Deciphering the Pharmacist’s Prescription for Lip-Reading Puppets 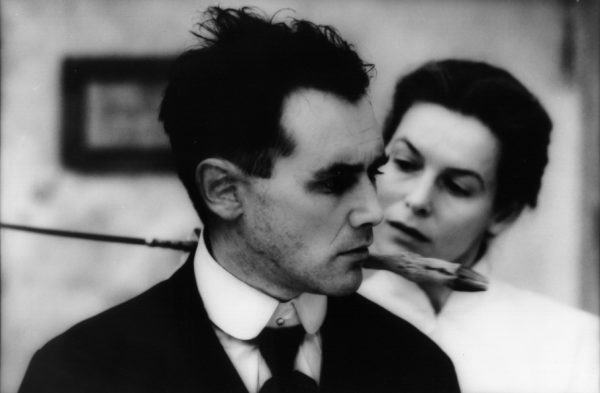 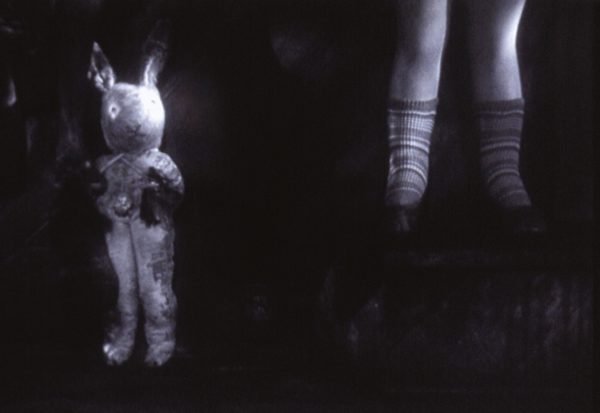 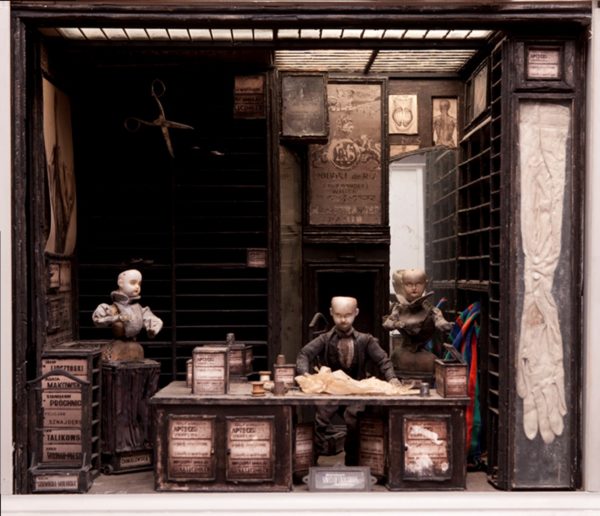 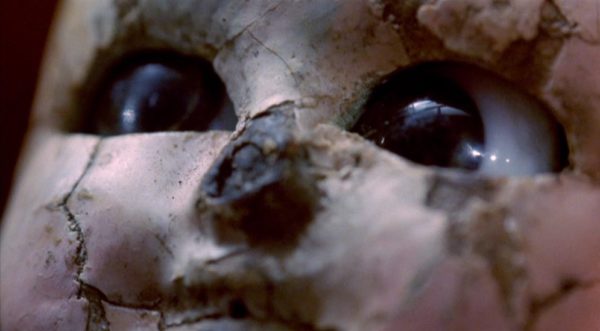 To hear “Quay Brothers” is to instantly think of filmmakers famous for handmade, dusty, stop-motion puppet films that harken to some marginal eastern European animation tradition legible to a select few is more a result of the haphazard way we have come to know their work. The principal achievement of the Quay Brothers retrospective at the Museum of Modern Art in New York is to correct this misperception.

This is not to say that equating them with filmmaking is completely wrong. However, such a view misses a crucial fact; the twins’ artistic journey was a long and hard one, with years toiling at applied work in graphic design (they trained as illustrators) until arriving, quite accidentally, at filmmaking as their preferred personal mode of expression. Given the gestational time and labor-intensive practice involved, they pack in a lot of influence, homage and emotion.

Q: What kind of museums do you like to spend your time in?

A: Well, obviously pathological [ones]. Marginal. Rarely open… to a public. I think, the more that it’s against them, the more we prefer.

That answer could just as well have been made on behalf of their films. The movies are probably more at home in underground movie theaters where they can be sought out by a devoted few than in a fine art gallery. Granted, maybe, limited art-house runs are the truer way to experience the films. Even so, that does not provide much context to aid appreciation of the Quays’ oeuvre. Luckily, the MoMA galleries are dripping in context.

As the show’s curator noted, one of the aims of the exhibition is to demonstrate that there are many ways into the world of the Brothers Quay and, consequently, the works’ reputation as difficult is not fair. The layout of the exhibition, designed with the twins, is that of a labyrinth. Here, confusion is appropriate.

Their biography and artistic evolution are comprehensively presented using over 300 puppets, drawings, paintings, illustrations, book covers, films, TV shows, music videos and installations. The show presents a collection of items that people do not have access to or knowledge of from artists who are themselves not gallery artists.

Some of the wall text headings read like chapters from a novel: Self-portraits; Norristown, Pennsylvania 1947-1968; The Black Drawings; Anamorphosis; Street of Crocodiles.

The time span covered and the breadth of the endeavors showcased make a compelling case for how an unpredictable journey can be steadied and focused by years of technical training, devotion to craft, and fidelity to one’s obsessions. One of the twins put it this way: “You’d work a commission, and then an ad… the work bends you.”

There is a lot to see but the critical sections are Rudolf Freund, The Black Drawings and the Street of Crocodiles.

Rudolf Freund was an American scientific illustrator the twins met at the behest of their high school art teacher and whose farm and studio they visited on a regular basis. An “artist of high caliber and real seriousness,” as they put it, that they “could just stop in and sit with him.” Watching Freund create the February 1969 cover of Scientific American was for them “one of those crucial revelatory moments when something painted was so powerfully tactile.”

In a Q&A session with the Quays during the press preview, The Black Drawings were highlighted as a hinge moment. As the twins explained it, in the early 70s they were often traveling to NYC from Philadelphia to get publication work. Disappointingly, the only commissions they received were covers for sci-fi novels, when what they really wanted was “literature.” At some point one twin began waiting tables while the other took on graphic design work for a Jewish newspaper and each night they worked on these drawings, “noir set piece[s] with the requisite blend of angst and sinister narrative, suggesting a scene from a graphic novel.” They represented, “a failed cinema” because they lacked depth, sound and music. It was, as the press release explains, “the point at which the twins were ready to step away from illustration and begin to establish themselves as the poets of gesture and alienation they have remained, in every medium they have touched, in subsequent years.”

En route to Amsterdam, to continue their studies as illustrators, they stopped over in London where, “purely an accident,” it was suggested they propose a scenario to the British Film Institute for an experimental film. (Their initial response was, “We don’t do experimental film.”). The brothers proposed a puppet film, did a script in three days, got the grant and became filmmakers. At which point they began to teach themselves puppetry and stop-animation film-making. It was “very table-top, very intimate, we could work with just the two of us, we didn’t need a crew, and that appealed to us… And if you failed, no one would know.”

Street of Crocodiles premiered at Cannes in May 1986 and it “crystallizes the preceding twenty year of the brothers’ creative activity.” If you could only see one thing in the show, it seems you should head straight to the small gallery reserved for screening it.

In the end, it may be another way – the puppets, the sets, the film program only – that gets you into the world of the Brothers Quay. In the end, what may make this show so good is that you may not even need to have any interest at all in the Brothers Quay to make it worth your while. You don’t need to care. What you do need is a modicum of curiosity about people, about what makes them tick, about why they work and how, and to wonder just how they got to the place where they are. Your curiosity will be rewarded.
______________________________________________
Quay Brothers: On Deciphering the Pharmacist’s Prescription for Lip-Reading Puppets. At MoMA through January 7, 2013.