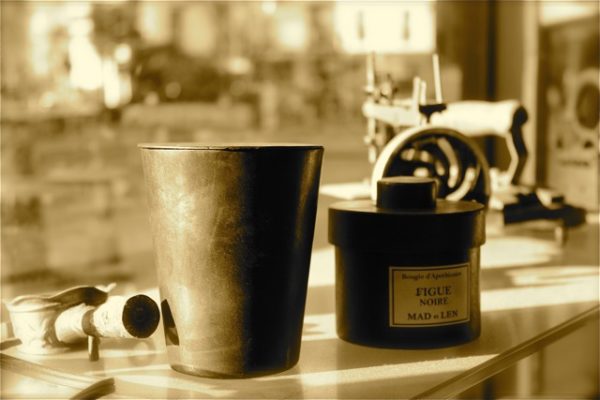 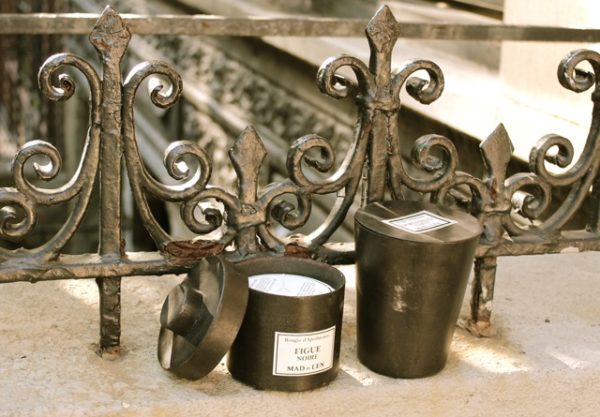 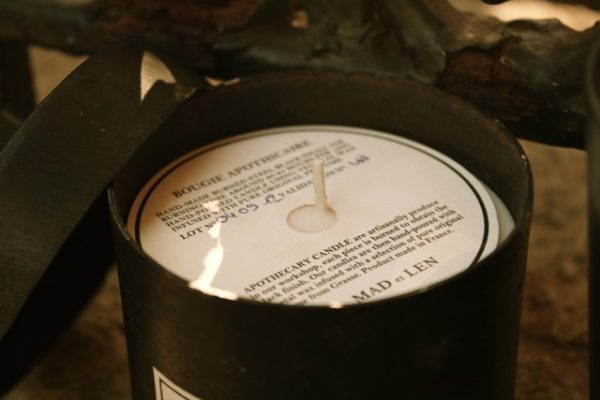 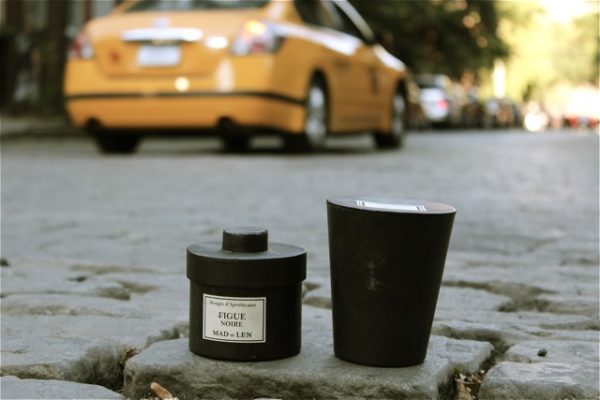 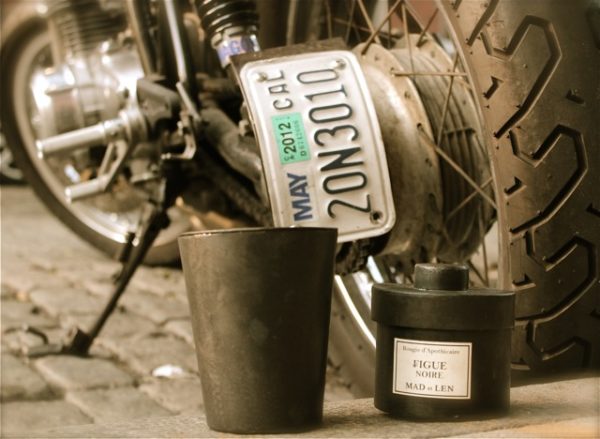 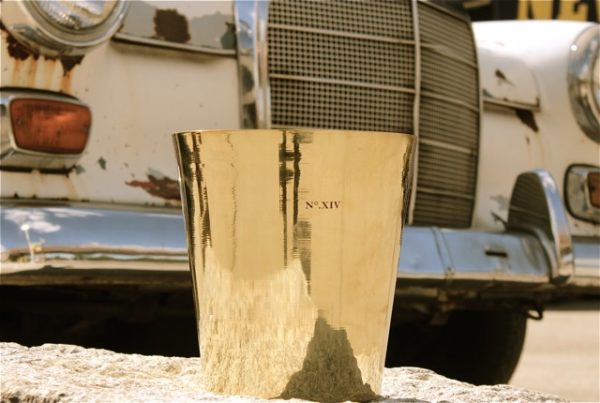 My instinct turned out to be right. Mad et Len is one of those rare occasions where the product is not some stylized variation on the theme. So, when I found out that “Mad et Len” was a play on “madeleine,” the Proustian kind, I was not surprised.

The company was started in 2007 by Sandra Fuzier and Alexandre Piffaut, who were tired of their Paris office jobs and wanted to do something more palpable. They moved to the village of St. Julien du Verdon in the South of France and close to Grasse to be close to the artisans in the French perfumery business. And the products that they make – candles, room scents, and perfume – are decidedly artisanal.

Each scent is formulated by Mad et Len’s own chemist (they call him a biologist, because all of their ingredients are natural). They age the essential oils from flowers, wood, and spices in-house (for example, the patchouli oil takes two years to age). The candles are produced in limited batches; the soy vegetable wax is poured by hand over a cotton wick.

Mad et Len does not dilute essential oils, which accounts for the intensity of their scents. When you open the candle for the first time, the smell hits you hard, but just at the right pitch. The intensity subsides once you start burning the candle. On the flip side, unlike many mass-market (and, well, let’s say it, the so-called luxury) candles that are merely lightly perfumed, you do feel the scent in the air when the candle is burning. I burned the Spirituelle Verte, which smells like freshly cut grass mixed with mint and the room smelled pleasant but not overwhelming.

And then there is the packaging. The iron casings are made by hand by the local blacksmiths and then blackened in the fire. After the candle burns, you get a mini iron urn to keep. In a way the candle stays with you. The Bougie d’Apothicaire candles are also hand-signed with the date of production.

Another thing to note about the candles is that they are big. Mad et Len makes three types of candles. The Bougie d’Apothicaire candles start at 300 grams, the Bougie Vestimentale at 380 grams, and Bougie Fumiste come in at a hefty 3.5-kilogramm. Who doesn’t want a candle in a champagne bucket?