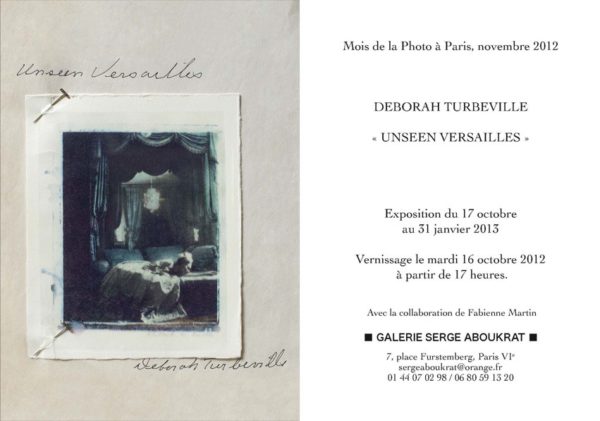 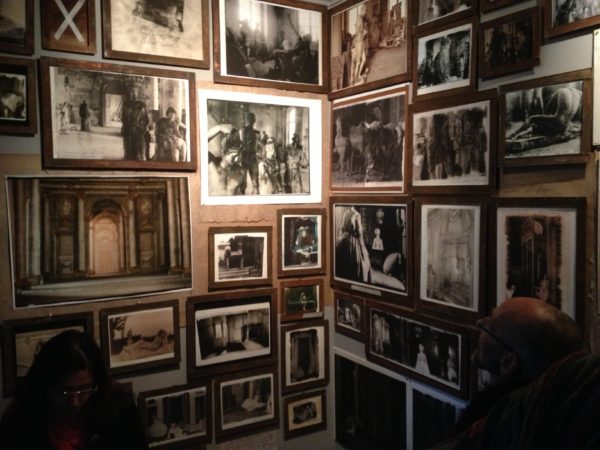 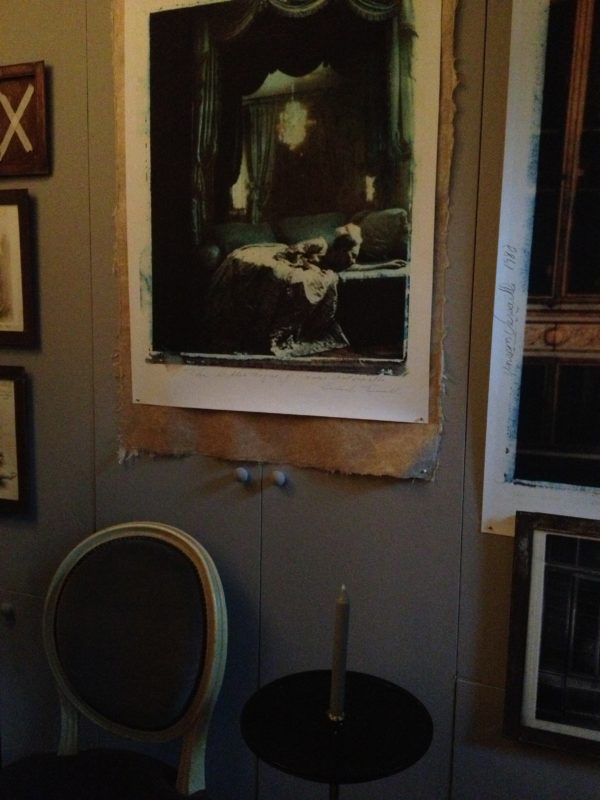 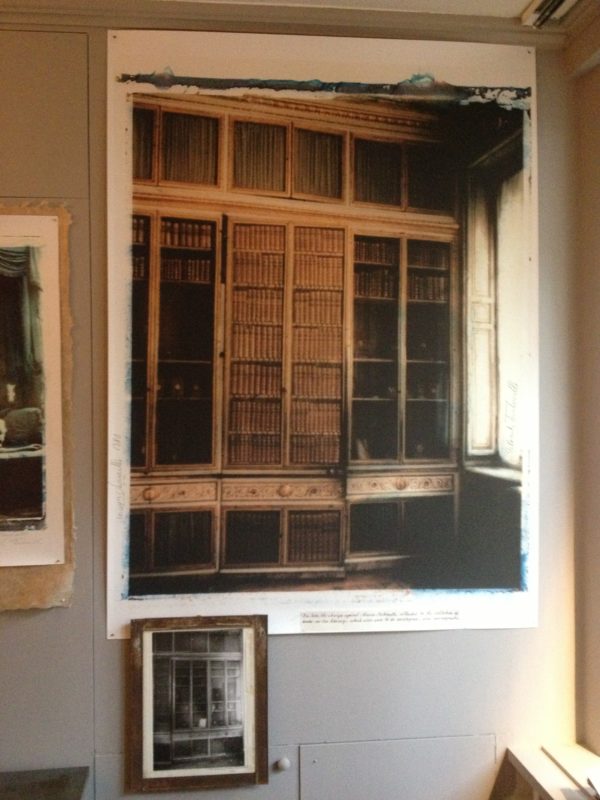 As I was packing for Europe last Monday I got an email about the opening of Deborah Turbeville’s new show “Unseen Versailles.” It was to be on the one full day I was in Paris, and Turbeville would be attending. There is something especially joyful about meeting someone half way across the world from whom you are normally separated by a subway ride. Needless to say, I went.

The exhibit is quintessential Turbeville in its feeling of intimacy. It is held in the Galerie Serge Aboukrat, which must be the smallest gallery in the world (two people holding hands would be able to span its perimeter). Tucked away in a postcard-picturesque and postage stamp-sized Parisian square complete with a roundabout that can barely fit a car and an ornamented lamppost straight out of a fairy tale, the gallery is not easy to find, but the exhibit is well worth the trouble, as was evidenced by the intimate gathering that included the singer Charlotte Gainsbourg and the designer Haider Ackermann.

The mostly small scale photos come from Turbeville’s decades-old project of photographing Versailles’s spaces that are closed off to the general public. This resulted in a splendid book, published in 1982 and edited by Jackie Onassis. I have seen the book before, but the photographs, hung side by side in rusty metal frames or simply tacked to the wall, pointedly unassuming in their beauty reminded me again while Turbeville’s work is so alluring – it strips the facile luxury and glamor off of all things gilded, giving them another dimension… no, another life.

Images courtesy of Marek and Associates