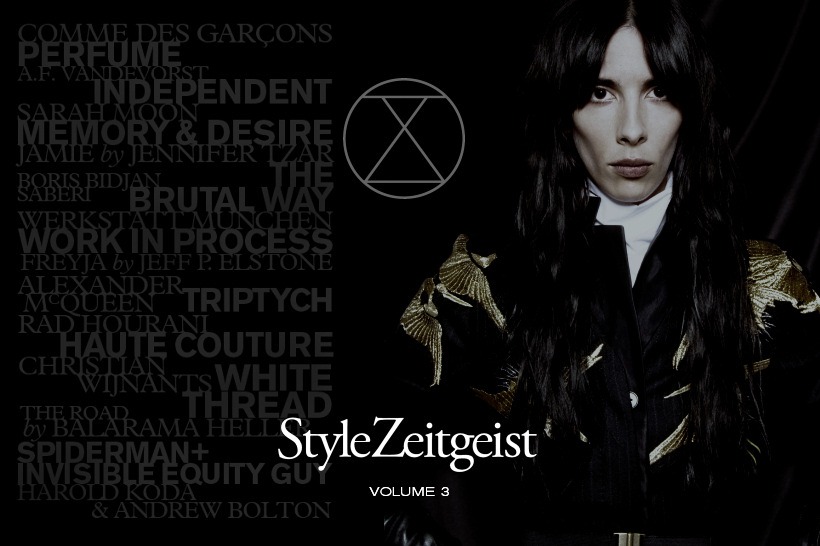 1.    Comme des Garcons – Perfume
In this article on CdG PARFUM, with interviews of Rei Kawakubo, Adrian Joffe, and the creative director Christian Astuguevieille, we examine the history and impact of Comme des Garcons’ perfumery business.

2.    A.F.Vandevorst – Independent
An interview with An Vandevorst and Filip Arickx, the duo behind one of the few remaining iconic independent labels.

3.    Sarah Moon – Memory and Desire
An interview-based profile of one of the most esteemed and fascinating photographers of the 20th Century.

5.    Boris Bidjan Saberi – The Brutal Way
An interview-based profile of the German-Iranian designer working in Barcelona.

6.    Werkstatt Munchen – Work in Process
Another in the series of photo essays highlighting artisanal manufacturing practices, this one of the niche German jeweler who produces jewelry under his own name and for Ann Demeulemeester.

7.    Freyja
A women’s editorial with Christina Kruse, based on the Norse goddess of love and war. Shot by Jeff Elstone. Styling, James Rosenthal.

9.    Rad Hourani – Haute Couture
A photo essay shot by the designer Rad Hourani during the making of his first, and the first ever, unisex haute couture collection.

10. Christian Wijnants – White Thread
An interview-based profile of the Belgian designer and the recent winner of the Woolmark prize.

12. Harold Koda and Andrew Bolton – Spider Man and the Invisible Equity Guy
An interview with the co-curators of the Costume Institute at the Metropolitan Museum of Art in New York.