Fall Books, Part 1 | In Case You Missed the Show… 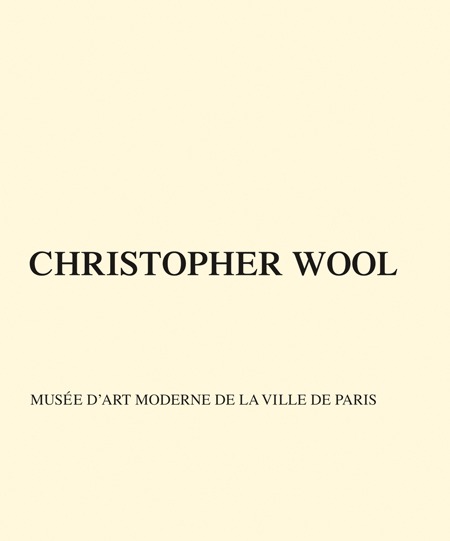 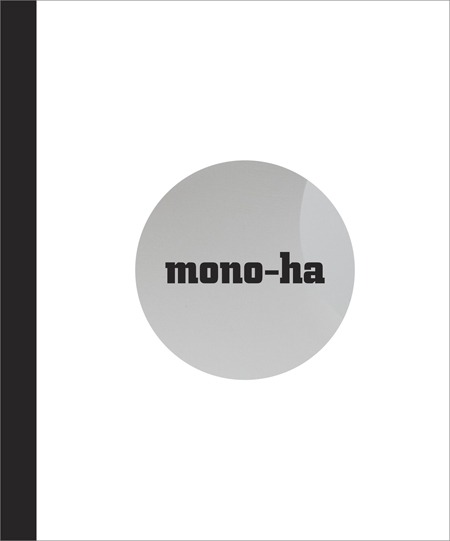 To think of Christopher Wool only as a painter is to deprive oneself enjoyment of his accomplishments as a bookmaker and photographer.  For three decades now Wool has brought to bear his trademark attention to detail, professionalism, intelligence and disquieting use of copy and re-presentation to over 30 books.  While some were published in miniscule edition that would be rough to come by now, the admirable thing about Wool is that each of his book projects – regardless of price — is produced with the care normally reserved for more valuable and marketable works of art.  In this regard, a book by Wool is part and parcel of his artistic practice.

Rather than merely document and reproduce his works — as art books traditionally do –the design of each publication pushes further the questions his paintings raise about authorship, the original, the copy, gesture, mechanical reproduction (silkscreen,, photography, Xerox), seriality, reading (of books, of paintings), and the glitch versus the mark.

A prime example is the catalogue for Wool’s 1998 mid-career show at the Los Angeles: Museum of Contemporary Art which took what is more often than not a museum gift shop item and, through Wool’s input on layout and his self-consciously “bad” studio and installation shots and raised it to the level of an artists’ book.  The same devotion to print can be sensed in practically all his books, whether artist book, photo book, gallery catalogue or museum tome.

The catalogue recently published for his first show in Paris at The Musée d’Art Moderne de la Ville de Paris which closed in August 2012 is a classic Wool publication.  The design is by his long-time collaborator, Hans Werner Holzwarth, whose company also printed the book in Germany.  This slim volume in cream wrappers presents 30 or so large-format paintings made between 2000 and 2011, all of which were exhibited in Paris.  The twist in the presentation is that the entire book – essays and reproductions – are printed in a soothing amber inks which re-present anew paintings that are originally of black, grey, white and, in rare instances, of strident single colors.  Considering, as would be expected, that the exhibition was designed in close collaboration with Wool, the catalogue can be seen as his tight edit of paintings made in the ought’s.

Requiem for the Sun: The Art of Mono-ha

Since I did not get to see the 2012 Blum & Poe show, Requiem for the Sun: The Art of Mono-ha, I figured the accompanying catalogue would be my sole exposure to the art of Mono-ha and so I intended to judge its success as book on those grounds.  It seems fair to ask whether the book succeeded in presenting art that relies heavily on physical engagement with the work.  Granted, practically all art requires engagement but we have become pretty numb about this and increasingly rely on reproductions to experience art.  With Mono-ha, the question was kicked up a notch because, as Simon Groom, who mounted the first UK exhibition on Mono-ha at Kettle’s Yard, University of Cambridge wrote, Mono-ha “replaced the idea of the artist as creator, constructing images that reflected a pre-existing idea, in favour of the ground zero of art itself: the materials and the viewer’s experience of them.  At least, this was how I thought I would approach this review before the Gladstone Gallery mounted a New York version of the show this past summer (see our prior review).  Now, having seen Mono-ha work firsthand, the interpretive key to unlock this book – the key by which to see what we have gained and/or lost by its publication – boiled down to Shingo Honda.

As explained in the art press, “Because much of the original art from the Mono-Ha movement was lost or destroyed, Blum & Poe had to commission dozens of authorized reconstructions of the originals. ‘Even the people who study this work, postwar Japanese art specialists, hadn’t really seen it before this,’ said Blum. ‘They’d only seen it in reproduction, and the reproductions suck.’… One reason this artwork was rarely preserved is because the movement didn’t have a devoted base of collectors or institutions to act as custodians at the time. ‘There was just no place for the artists to put it,’ said Blum. Some Mono-Ha artists also regarded impermanence as an important part of their practice. Artist Shingo Honda, for example, was particularly vocal about not wanting his work recreated, and his art is therefore included in Blum & Poe’s forthcoming book about Mono-Ha, but not in the exhibition.”

Honda is represented in the latter half of the book, via several grainy black and white prints in the “Exhibitions and Documents: 1968 – 1972” section that provides many of those reproductions that “suck.”  It’s a worthwhile exercise to flip back and forth from the grainy plates to the pristine color installation shots that make up the first third of the book, bathed as those are in L.A. light, crisp as can be.  You can step into the curatorial shoes if you will and get a sense, perhaps, of what was lost and what was gained by re-creating these works and mounting the show.  To move from the color plates to the grainy late 60’s installation shots is to see that, yes, they aren’t very successful as reproductions but as vintage photographs they may be as much a part of “Mono-ha” as the photographed works themselves.  I, personally, am glad they were included.  One, because it would be a hefty task to source and gather the countless Japanese catalogues that the job would require (the Kamakura Gallery in Tokyo apparently has many catalogues available to the extent you want to delve further into a particular Mono-ha artist) but, also because while the ‘60s photographs may be bad, they are warm and timeworn, and to see these often hulking works installed in Japan’s streets, parks and scrappy galleries is to see that Mono-ha was if anything on the warmer side of the spectrum than the slick.

A crass view perhaps when it comes to a book but this high quality publication provides a lot of “value.”  The book is comprehensive.  It is broken down into “Color Plates,” “Essays,” “Exhibitions and Documents: 1968 – 1972” and “Artist Roundtable and Writings.”  You will be hard pressed to find anything on Mono-ha like it in English.  Cambridge’s Kettle’s Yard published a great, small catalogue from 2003 and Kamakura Gallery produced a 1994 catalogue (and has helpfully posted online an artist roundtable transcript and a questionnaire in English), but aside from these resources there is not much else.

The book is a bit of a Mono-ha art object itself: it comes in sturdy thick white cardboard covers from the front of which a large circle has been cut out and pasted on the back, which is a clever and economical way to get one to think about books as things (mono) as well.

Quay Brothers: On Deciphering the Pharmacist’s Prescription for Lip-Reading Puppets

This slim and lavishly produced publication accompanies the Quay Brothers exhibition at The Museum of Modern Art (see our prior review) and presents film stills and sets from their moving-image works and reproductions of the “little-known body of works on paper, including graphic design, drawings, typography, and notebooks for films.”

This book also rises above museum gift shop fare and contains several “projects” by the Quay Brothers.  The layouts are well conceived with slanting off-balance columns of text and calligraphic fonts reminiscent of the Quays’ sensibilities.  The catalogue does not seem to be totally inclusive of all the work exhibited (and you haven’t missed this one yet, the show is up through January 2013) but does present the critical works necessary to appreciate the Quays in a more systematic fashion.

It is imbued with the twin brothers’ voices and is worth having just for that.  This snippet from the project, On Deciphering the Pharmacist’s Prescription for Lip-Reading Puppets, a fictional interview with Heinrich Holtzmuller (of the mid-16th century, mind you), gives the flavor:

HH: Was there any one single epiphany with puppets?

QQs:  Bruxulles, 1978, Impasse Schuddeveld, off the Grand Place, when we discovered the celebrated Toone marionettes.  The puppets were riddled with age and had this magnificent patina to them.  They were large and heavy and surprisingly crude, operated from above with giant iron rods buried into their heads and strings to manipulate their arms.  Their gestures were broad and sweeping, the spoken text was all-important, but there was also a wonderful contamination at work because off to the side, attached to the puppet theater, was a tiny “estaminet” [bar], where you could order those fabulous Belgian beers with all their own unique glassware…

The text, at that point dutifully footnoted to what else but a supporting photo in the margins captioned, “Westmalle Trappist beer glass.”

In case that did not give a sense of this book, I leave you with this excerpt from the front cover mini-bio “project,”

Suffice it to say that we allowed ourselves to fall in love with literature, music, and the cinema at a rather late age and that these arts have informed, or badly informed, our attitudes towards the world in that respect, and more importantly, in our attitudes towards the marginal.  We only really come alive with restricted material.  Shakespeare, Dante or Aristophanes would simply reduce us to internal hemorrhaging.  This is more our own specific incompatibility with the hierarchy of larger palettes.  Of course, this didn’t stop us from admiring at a distance the entire Italian Renaissance, but it also made us flee to vastly more minor themes like the “diary” and in particular the “footnote.”  It’s the latter which inevitably opened entire chapters of imagination for us.

Words to live by.