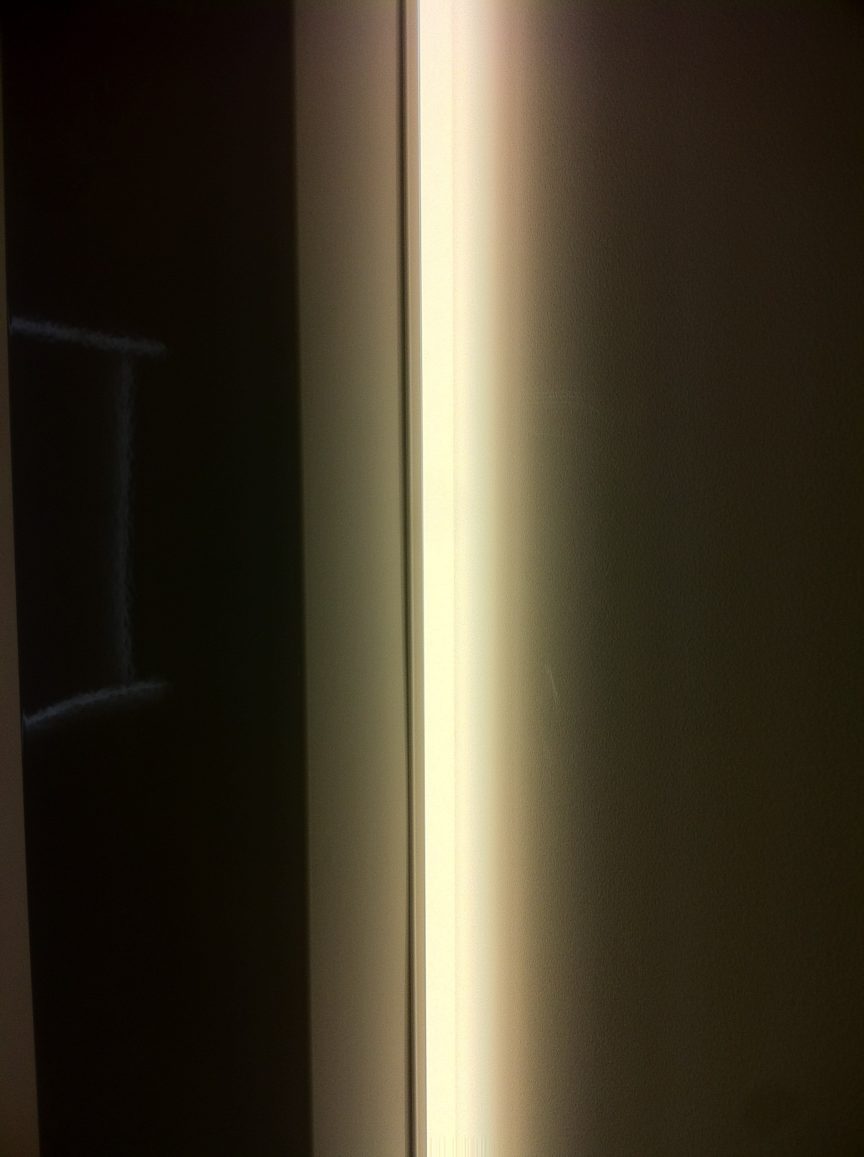 The nine grand Dan Flavin works and one big five-unit Donald Judd aluminum cube installation, now collectively up at the David Zwirner gallery on 20th Street will serve as a slap in the back of the head for anyone who thinks they’ve had enough of minimalist art.

And, as much as I want “to get” the elevating art historical language that dust-devils around these works, and American minimalism in general, the best response I have come across to date and the one most appropriate to describe this show, is Kirk Varnedoe’s clear-eyed description from his 2003 A.W. Mellon Lectures delivered at the National Gallery. In the process of debunking the theory that the CIA actively promoted American abstract expressionism to highlight “the freedom of the individual” against Communism, Varnedoe described minimalism as follows –