Enslaved and Pallbearer at the Bowery Ballroom 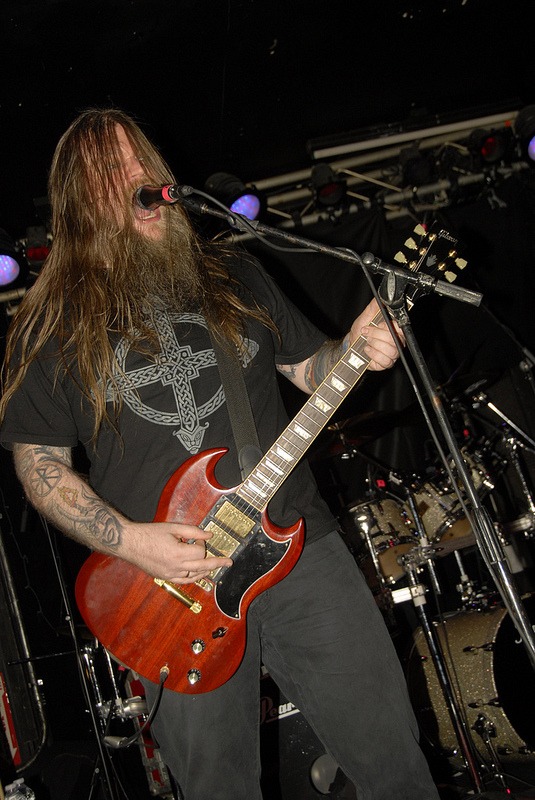 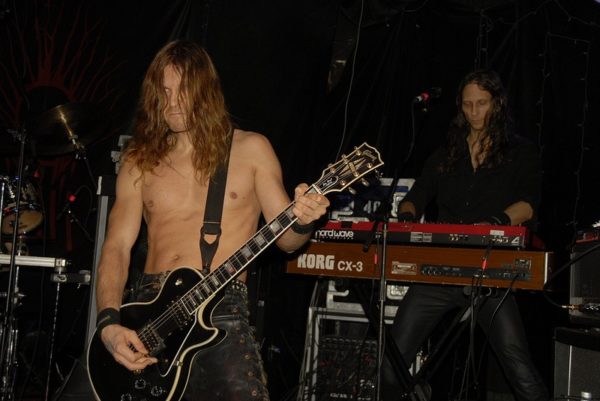 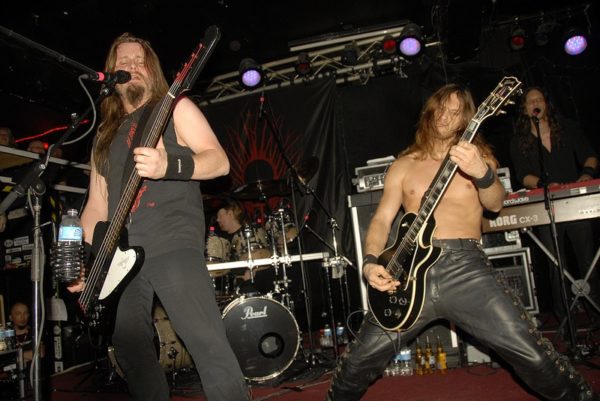 It was the last night of their North American tour and Enslaved, the Norwegian black metal band, did not seem tired in the least. Coming off a stretch of shows to promote their new album RIITIIR, Enslaved toured the states with fellow bands Pallbearer, Ancient VVisdom and Royal Thunder. The Bowery Ballroom was sold out and most in attendance chose to stay in the main room, shirking the basement bar in order to hear the bands. Each performance brought with it a different sound from folk-metal (Ancient VVisdom) and southern doom rock (Royal Thunder) to Pallbearers brand of old-school doom and finally the prog-black metal that Enslaved have refined over the past 22 years.

Though the musical offerings from each band were drastically different, there was a great flow to the whole night, and judging by how little the crowd dispersed during performances, it is safe to say that most in attendance enjoyed all of it. Though my tastes lean towards the heavier side of things, Ancient VVisdom’s mixture of folk-metal with lyrical content that Anton Lavey would be proud of, was entertaining to say the least. It’s always nice to hear bands pushing music into different territories. Royal Thunder, who are new to me, were also great at cranking out a kind of 70’s feeling southern rock.

Pallbearer, whose 2012 release, Sorrow and Extinction, was considered by many to be one of the best doom-metal albums of the year, put the crowd on notice. Their sound is tremendous; infusing their southern roots into a powerful breed of sludgy doom that shook the walls. The plodding, hypnotizing foundation of the low end sucked the wind out of the room and as we watched the crowd, heads bobbing in unison, from our perch on the balcony, it was easy to see that if Pallbearer continues on this trajectory we can expect great things from the Arkansas natives.

When Enslaved took the stage the room was buzzing with energy. Though they were technically promoting their new album the set list bounced from old classics to new, touching on songs from many of their older albums and even performing a cover of Led Zepplelin’s Immigrant Song.

Enslaved released their new album, RIITIIR, towards the end of 2012. They have grown away from their roots as one of the second wave of black metal bands, maturing into something that blends “progressive” elements with black metal foundations to great effect. The music is still heavy, Cato Bekkevolds masterful drumming assures that the aura could never be considered anything but brutal, however there is a subtly and maturity in these songs that could not be captured by many.  Not afraid of clean vocals or the use of keyboards to add atmosphere to their music, their songs build up brutally until reaching epic crescendos that sweep in on harmonized vocals and guitar solos until being washed away again by pummeling drums and black metal growls.  Enslaved has managed to maintain a distinct black metal undertone to songs that one could call beautiful without sarcasm.

During Enslaved’s set, members from the three other bands came out, some in their underwear and some dressed as vikings, and wandered the stage, dancing about and having a laugh. The energy never waned and between each song Grutle Kjellson, lead singer and bass player, joked with the crowd. The standout song of the night was The Watcher from their 2008 album Vertebrae. These guys can still harmonize with the best of them, Herbrand Larsen and Ivar Bjørnson providing the clean vocals to contrast Kjellson’s guttural growls. The song sounded like it was plucked right off the album and played over the sound-system. After they finished their set, the Norwegians came out to perform an encore, Grutle, saying that they would play two songs rather then one, on one condition, that 5 cups of Hennessey were left on the stage for him. The crowd was happy to oblige, or at least howl in agreement.

Enslaved is now moving their tour over to Europe, without their American cohorts, and they can be caught in France, the UK and Norway in March.
Photos courtesy of Metal Chris from DCHeavyMetal.com