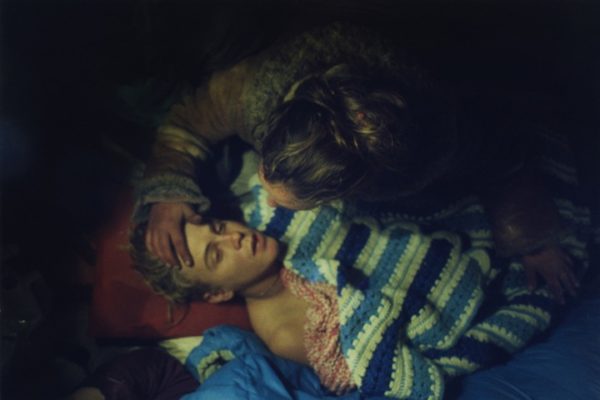 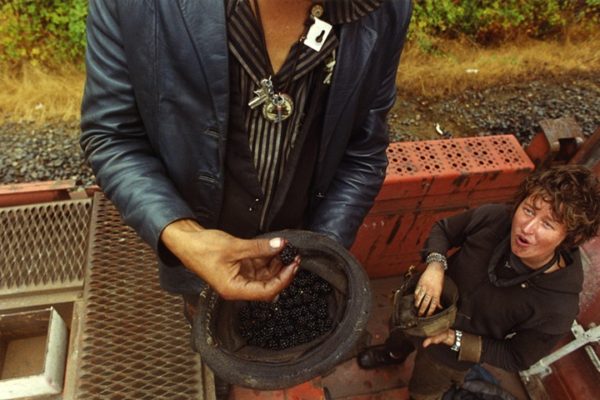 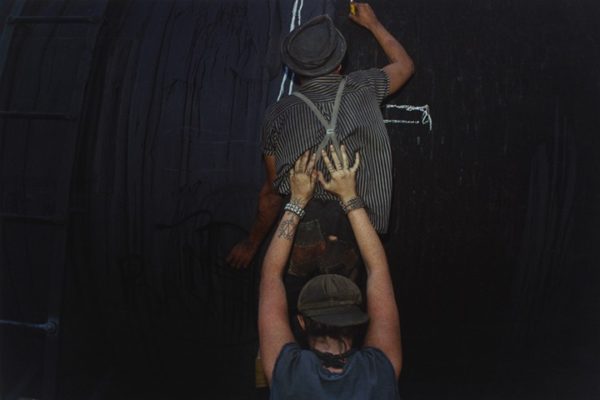 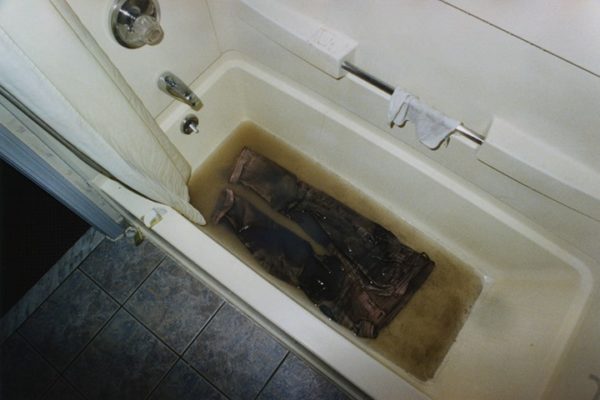 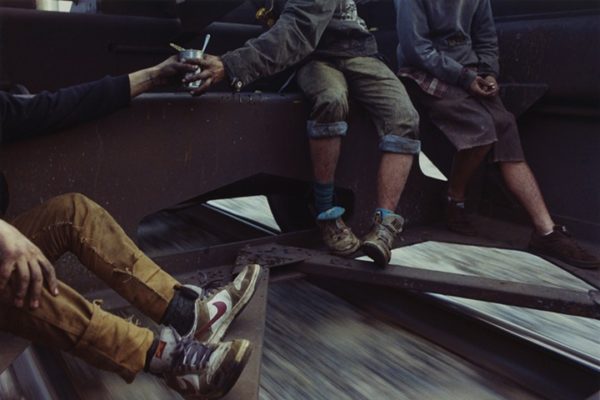 “I’d say most of my inspiration was drawn from old-school American values mixed with a little punk-rock enthusiasm.” – Mike Brodie in Q&A with The New Yorker

I’d say that’s about accurate if by old-school American values one includes the freedom of the open road, the color palette and compositional story-telling sensibility of a Winslow Homer and an innate ability to break things down (intellectually, physically) and build them back up: a pragmatic approach.

A quick look at Mike Brodie’s photographs from the perplexing show of 30 or so medium-size color prints up at Yossi Milo that document his time hopping and riding the rails across the United States with like minded kids and the punk-rock enthusiasm is plain to see.

I say perplexing because I often have difficulty reconciling content, authorship and form when it comes to artistic depictions of mean, harsh, unsafe, unlawful, transgressive, (self)destructive and/or senseless acts and events.  I get no safety through the distancing of art.  My thoughts go out (most probably unwelcome) to the subject and/or I am left with that annoying, unshakeable feeling of there but for the grace of God go I.

Brodie’s photographs are most manageable in terms of form.  They are each and every one composed to the point of telling a story.   If some looked posed it doesn’t matter because the act of riding the rails seems a literary act at heart anyway: an act of self-creation and a turning away from the everyday that most of us know as normal.  His colors are the rusted patinas of locomotives and train cars, of autumnal hues, of soot-covered clothes, sunsets, speed and weather.  The photographs also function as great photographs of clothing.  These kids don’t lack for style, what with their short brimmed hats, suspenders, boots, packs, thick leather belts and tortured sleeping bags.  It is quite rare to see clothing worn so hard and broken in like this to the point of beauty (see the photograph of jeans soaking in filthy shallow bath water or eating wild blackberries out of a hat).

In that regard, the content – what’s actually depicted – of the photographs is not as easy to digest.  Where other commentators seem to see only bohemian camaraderie and endless adventure I see sunburns, boredom, filth, the sting of sweat, itchiness, possibly hunger, the damp (the kind where you lose your heat and can’t get it back) and danger, whether from the trains themselves or being caught out and subject to the arbitrary whims of authority.  As much as I would like to exclusively read the spirit of adventure into the photographs I am just as prone to wonder about broken families, abuse, runaways and general confusion.  In one image where I thought a young man was being ministered to for a bad fever it actually turned out to be a broken neck suffered after a jump (a later photograph shows him in the emergency room).  In another of a young girl it becomes clear that on this specific train there is a shortage of tampons (or clean underwear for that matter).  While these travels must have been exhilarating at times, I have a hard time believing they were unremittingly so.

Which brings us to authorship.  Brodie never set out to be an artist.  By his own account he was just a Florida teenager who happened to get into riding trains.  The photography started afterwards when he happened upon a friend’s Polaroid camera.  When Polaroid discontinued manufacturing film he moved on to 35-millimeter film.  He was 27 at the time the photographs in this show (and book) were made.  He has since ceased taking photographs and is presently a railroad mechanic in California (he earned a degree in diesel mechanics in a Nashville, Tennessee trade school). This mini-biography brings us back to “old-school American values”: it reeks of American can-do-ism and Brodie is all the more admirable for it.

As one writer put it, “Brodie’s not a runaway in the sense that he came from a broken home.  It’s more like he’s got this fanatical personality, like a real Romeo, who takes up interests with such a far-gone passion that you wouldn’t be surprised to see them burn him up whole.”  But within the obsessive is a practical tendency too: “If you actually wanna successfully get from point A to point B,” advises Brodie, “you have to do some research and know where you’re going, otherwise you’re gonna just end up in the middle of nowhere, lost and confused.  Some people prefer to ride trains that way, but I like to map out routes and stick to them.”

Brodie can, in fact, sound downright wholesome.  “I have a list of goals, I wrote them down!  I can tell you them!”  The writer for Fader Magazine ticks them off:  pay off all debts to society; work ten years with the railroad, get a bachelor’s degree in mechanical engineering, establish a 401(k), buy a truck and have a kid.  “That’s how I get energy, pursuing little goals.  I think that’s required to be healthy.  Keep moving.”

And, as if in riposte to my qualms about the life and lives depicted in his photographs, Brodie is correct to note, “Every day is crazy!  Crazy stories happen all the time.  You don’t have to get on a coal train for life to be crazy, I’ll tell you that much.  In fact, most of the time train riding is fucking boring.  But then there are those little apexes.”

Happily, in his work form, content and authorship are not irreconcilable.  This is not a case of trying to come to terms with beautiful photographs of questionable acts by an unsympathetic person.

And, in this quintessentially American, Huckelberry Finn story, there is one person who just may have a bigger heart than Brodie and that is his mom, whom he specifically thanks at the end of his excellent photo book for letting him go in the first place.

Mike Brodie, A Period of Juvenile Prosperity. At Yossi Milo Gallery through April 6, 2013.

“A Period of Juvenile Prosperity,” published by Twin Palm Publishers and TBW Books.