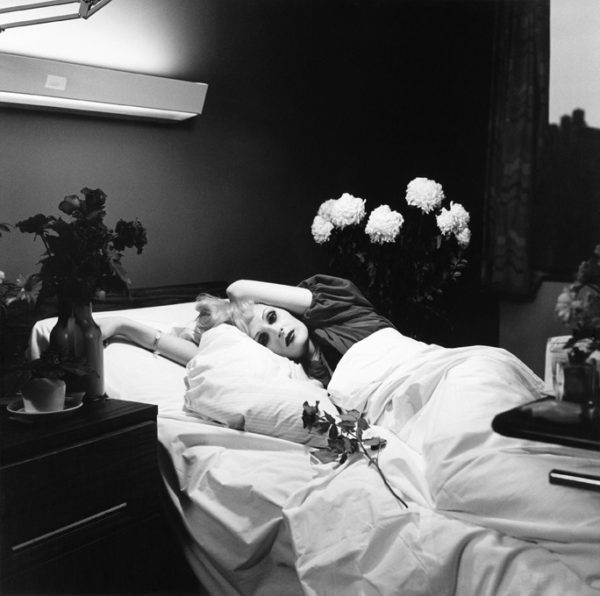 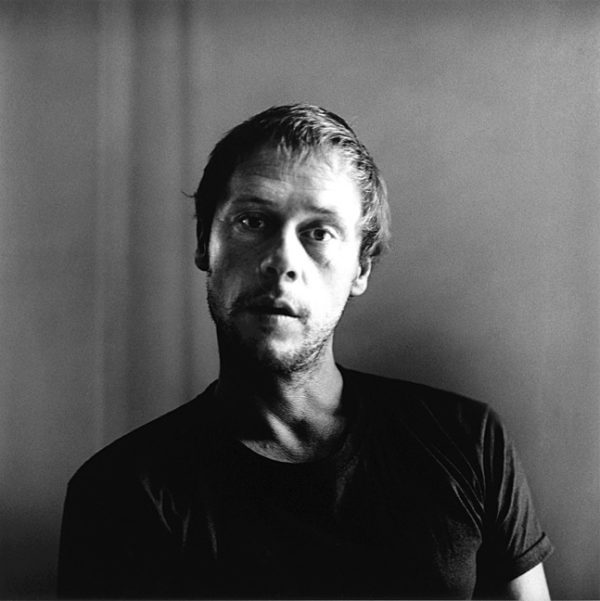 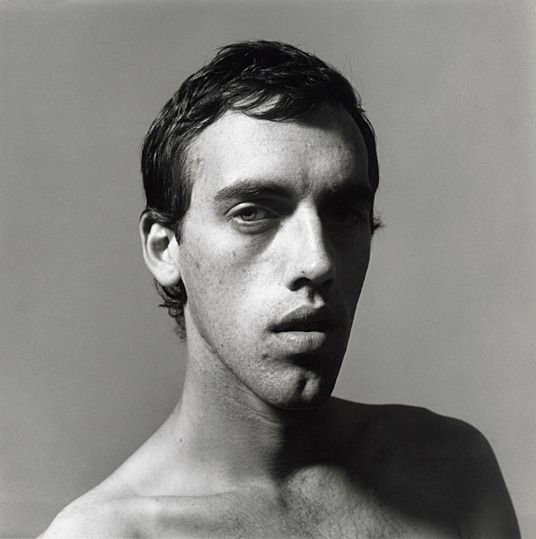 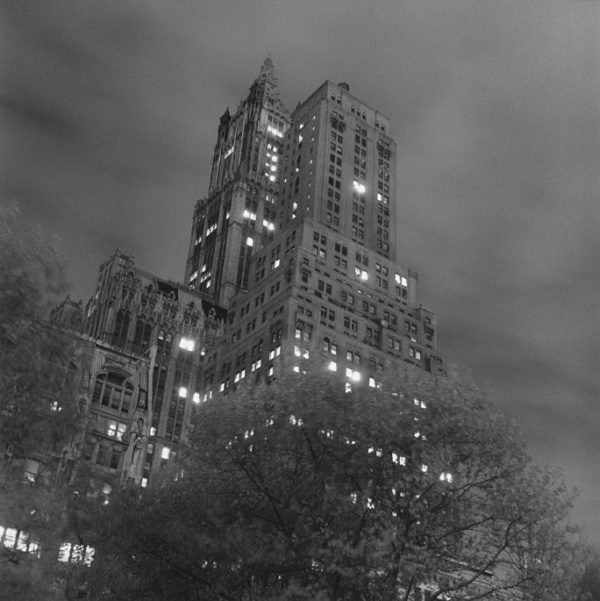 So finely attuned is Peter Hujar’s (1934-1987) photographic voice that the eighteen black and white photographs comprising the mini-retrospective at Pace/MacGill are more than sufficient to present his world and his take on it.

A prominent artist in 70s and 80s New York, the at-ease portraits of William Burroughs, Vince Aletti, Paul Thek, John Waters and David Wojnarowicz included in the show are properly seen as portraits of friends as much as of art world luminaries; with that said, the head-on ’78 close-up of a cow mindlessly chewing on a strand of barbed wire is brutally economic in alluding to the harsh environment that was downtown New York City back then, AIDS crisis to come (to which Hujar himself would succumb).

There is something about the way Hujar approached his photography that makes every one of his shots a portrait whether it be of the Woolworth Building, a carcass of a car or a bunch of banged-up Oscar the Grouch metal garbage cans. Similarly, his portraits are like landscapes in the formality of their framing, lighting and the way they make monumental these fragile, stoic and, at times, naked faces.  That these grand effects are all achieved within an intimate fifteen-by-fifteen (or so) inch format is to his credit.

The dead serious artistic ambition with which Hujar and his cohort pursued their art is another casualty of those times.  One would never guess at the bleakness transpiring just beyond and beneath his orderly, smooth, classical compositions: these photographs were taken in a time and place that overlapped or was proximate to Alvin Baltrop’s documentation of, as one writer put it, “scenes in the forms of attempted suicide, the possession and display of firearms, vagrancy and loitering, and public sexual acts,” and to Katsu Naito’s portraits of transvestite hookers exposing themselves to the camera in broad daylight in the middle of deserted Meatpacking District and Chelsea streets.  Hujar’s photographs in no way erase the rawness of the times.  Rather, the pavement-level harshness has been subsumed in Art (capital A) to which Hujar could unashamedly appeal.

Stephen Koch of the Peter Hujar Archive nicely summarizes the earnestness with which Hujar apprehended his work and its relation to art history in a wall text introducing the exhibit.  He explains the genesis of the Bruce de Sainte Croix triptych, a centerpiece of this show:

“During the summer of 1976, Peter Hujar conceived of a series of photographs devoted to aspects of male sexuality that had previously played little or no role in art.  The erection all but vanishes from Western representation with the Greek vases.  The male orgasm is never seen at all.  Two experiences that are emotionally definitive in the lives of half the human race remain almost invisible in the canon.  Hujar wanted to change that.  He wanted to lift them out of the slum of pornography and restore them to art…

The triptych begins with an allusion to Michelangelo’s David, a high point of the Western male nude and the classic image of youthful courage mingling with vulnerability.  It then moves to a silent meditation on masculine arousal.  The series ends at the moment just before orgasm.”

Lawrence Weschler wrote that one of the judges on the Yugoslav War Crime Tribunal used to retreat after hearings to spend time with the Vermeers in the Hague at the end of each day in an attempt to regain his emotional balance because, as the jurist noted, “all of Europe was Bosnia” at the time Vermeer made his quiet, light suffused paintings. To a lesser extent one can catch a similar redemptive impulse in Hujar through his fierce intelligence, his empathy, his attention to his craft and his erudition, though he and his milieu are long gone.

“One can’t help but wonder,” Bob Nickas muses in the excellent catalogue Peter Hujar Night, “If Hujar walked the streets of the city today, how recognizable to him would they be?  Consider Leroy Street, 1983, the image on the cover of [the] catalogue.  With its cobblestones, a fire hydrant overgrown with rangy weeds, a burned out streetlight, and an empty, shadowy, lot, the scene is evocative of the edges of the city that Hujar frequented by night.  Twenty-some years later, a large, non-descript FedEx building occupies the site, most of the cobblestones have been paved over, and what you see in the picture is all but gone.  Leroy Street, as with all of Hujar’s night work, allows us not only to revisit a place and time that might otherwise be lost to memory, but to be there with him.  To walk these streets today is also, in a sense, to feel his presence in the city that was his world.”