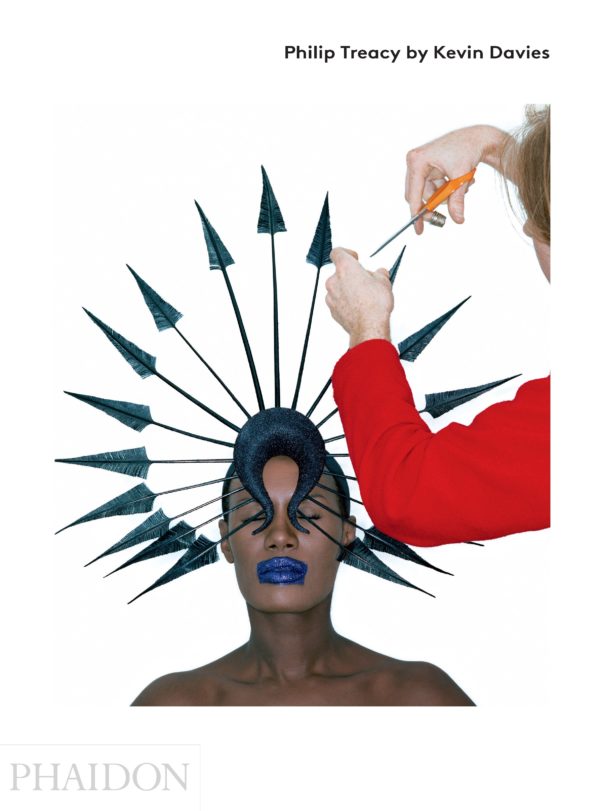 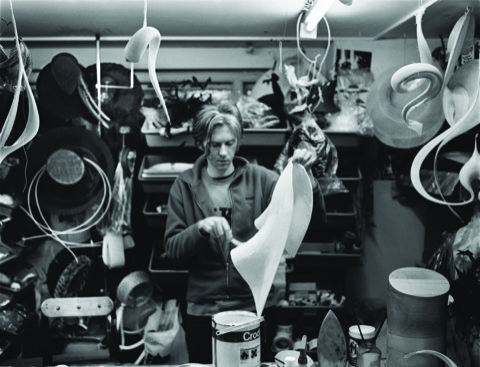 When Phaidon sent me the book on the milliner Philip Treacy, Philip Treacy by Kevin Davies (Phaidon, $59.95), I was surprised. Then I started thinking about Treacy’s role in fashion’s theater, and it’s not an insignificant one.  He’s done work for designers such as McQueen and Lagerfeld and individuals (word chosen carefully) like Daphne Guinness and Grace Jones (who graces the cover of the book). Treacy’s hats were as indispensable to McQueen’s shows just as Shaun Leane’s jewelry was. When I think of McQueen, one of the first images that comes to my mind is the papier-mâché landscape reminiscent of something you’d see in a Japanese woodcut gracing a model’s head in the S/S 2005 show “It’s Only a Game.”

The 200-page volume has as many images. All are shot by the photographer Kevin Davies, which both enhances and limits the book. Enhances, because we get to see quite an intimate portrait of Treacy (who is reportedly shy) at work in his studio and in fittings for Grace Jones and Naomi Campbell. At the same time we don’t get enough photos of some of Treacy’s most eminent creations, perhaps because Davies  was not around to photograph them. So, if you are looking for a definitive monograph on Treacy, you won’t find it here, but if you are interested in what goes on behind the scenes, this book is for you.