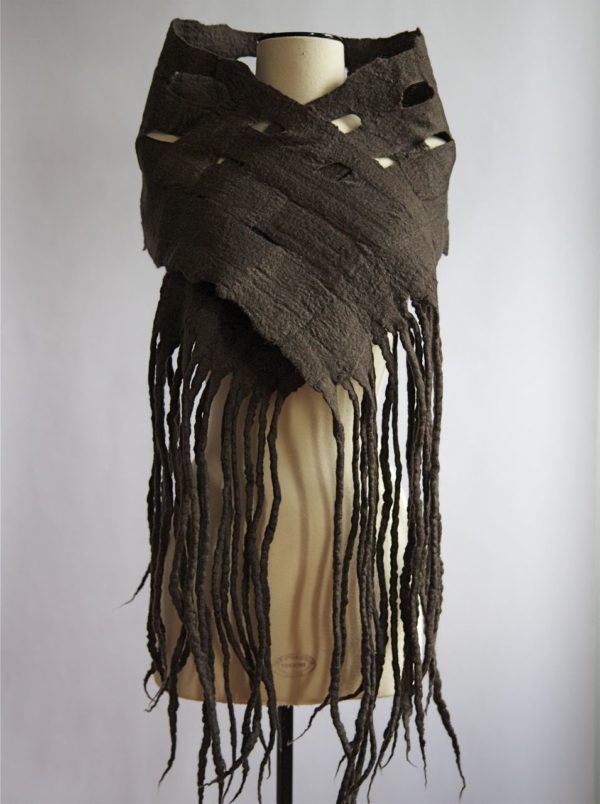 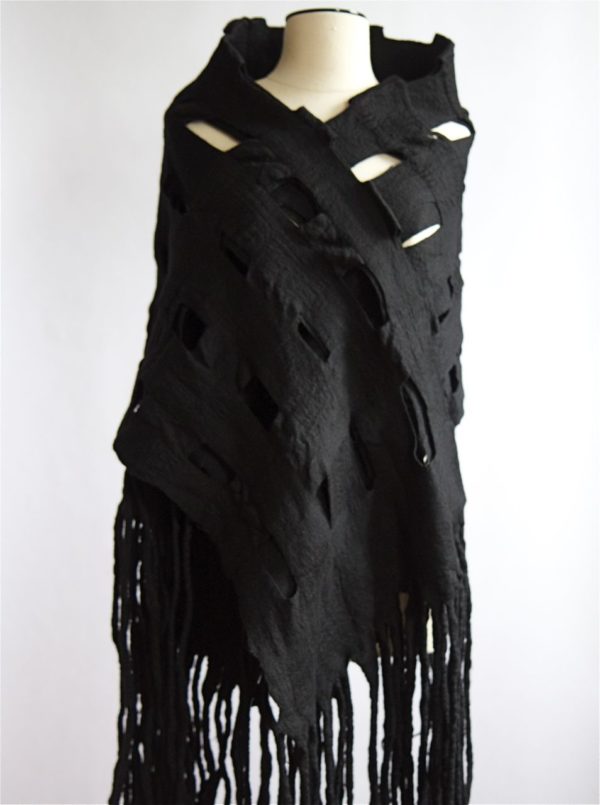 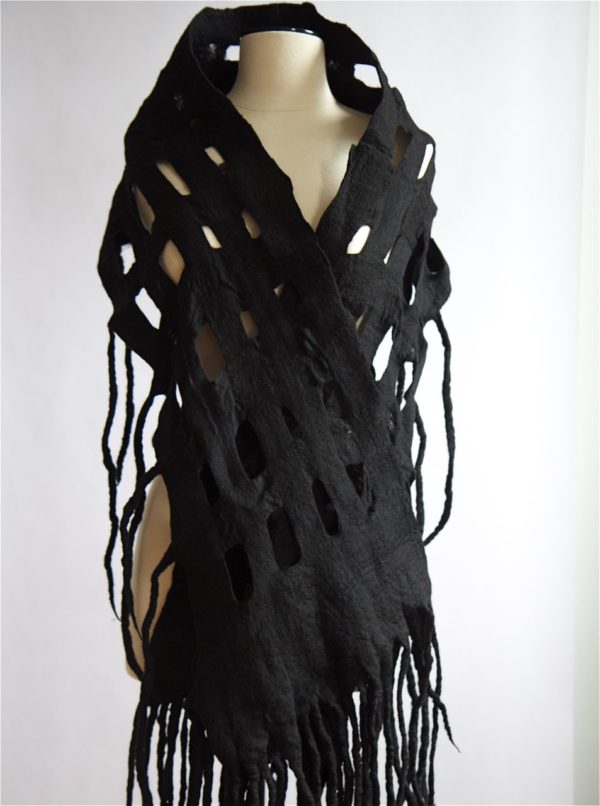 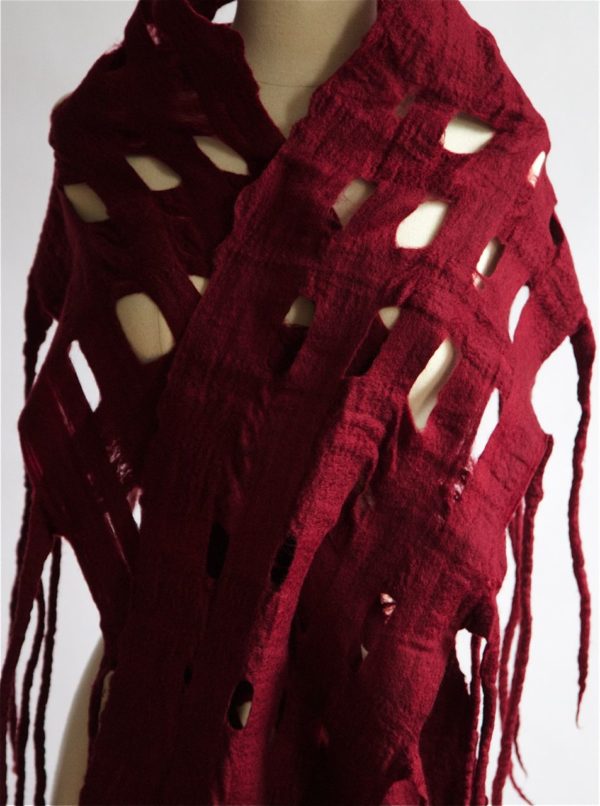 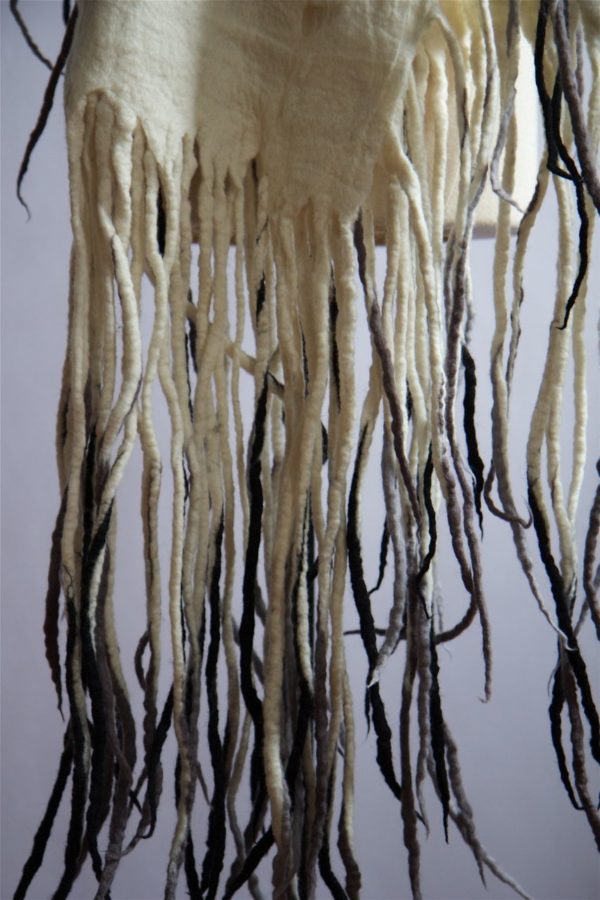 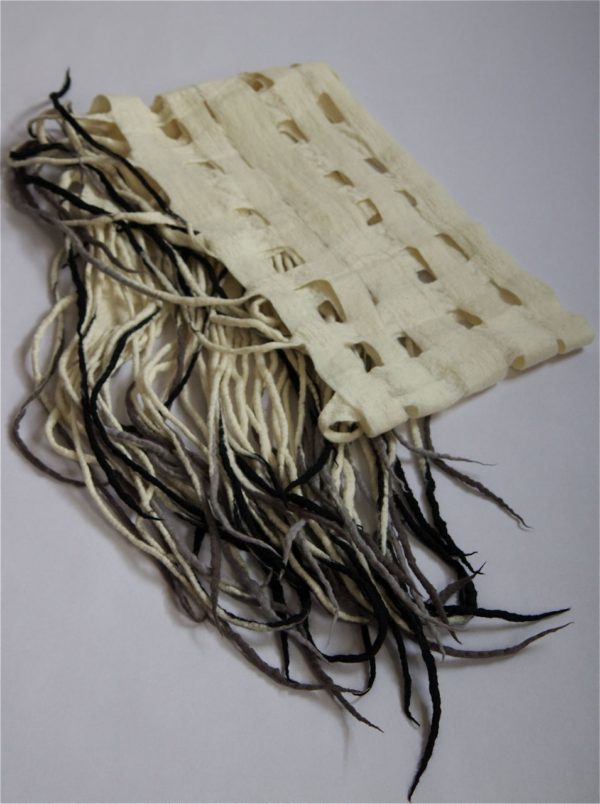 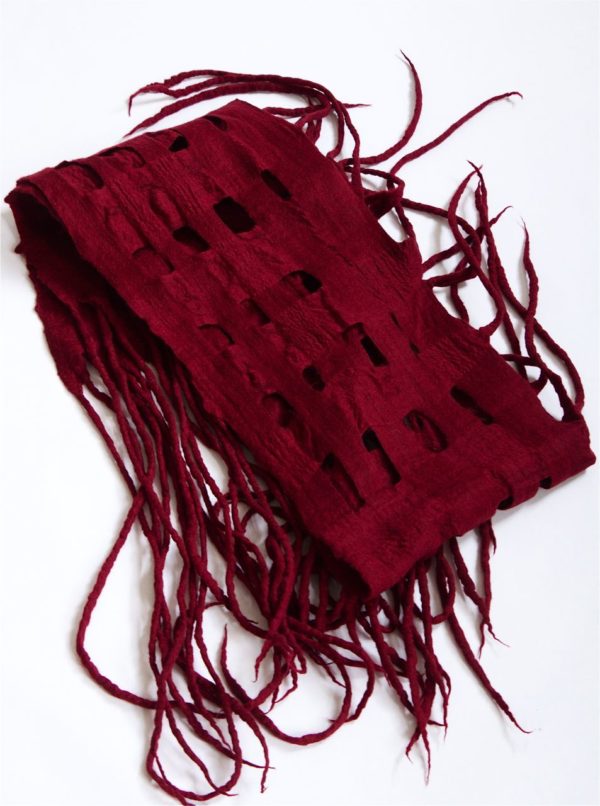 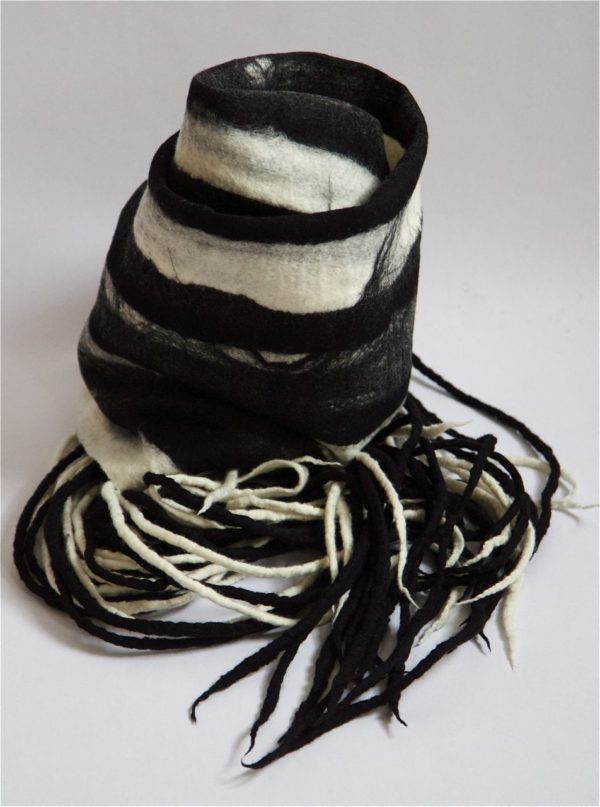 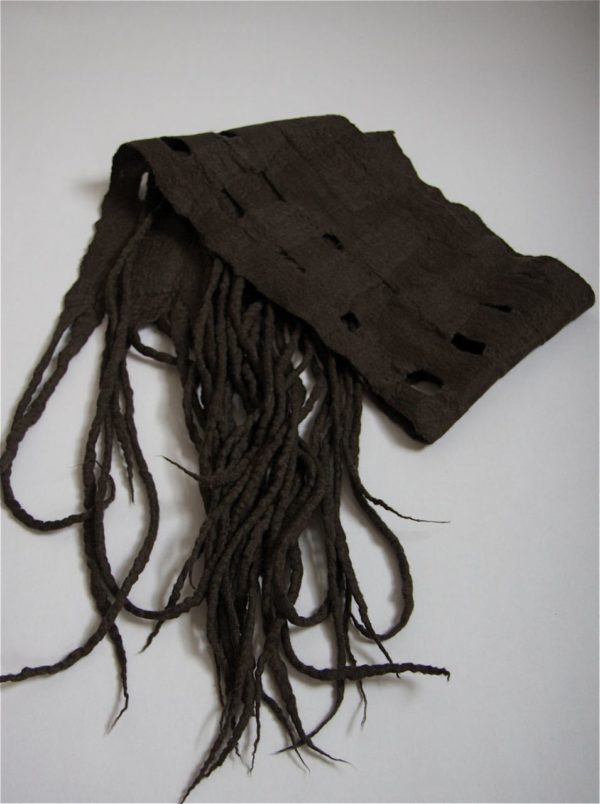 First time I came across Taiana Giefer’s work, I spent a while examining one of her scarves. It was majestic, in a fairy tale way, something from another era. I wondered about how it was constructed, the crisscrossing wool felt surfaces that formed a kind of a grid, leaving openings like fortress embrasures. The fringes looked liked dreadlocks; the whole things was tactile, alive. A year later I met the California-born designer when we used her scarves for one of the StyleZeitgeist magazine editorials.

Taiana began making her products in 2007. A year later Calvin Klein’s Francisco Costa noticed her work and asked her to produce special fabrics for his Fall/Winter 2009 collection. After this collaboration Taiana continued to work on her own.

So, about that construction: Taiana makes all the scarves herself. She felts the wool using water, organic soap, and her own hands, the same way it’s been done for hundreds of years. Each piece takes anywhere from 4 to 24 hours to felt.

Taiana sources the finest merino wool for her scarves from England, Australia, and the Falkland Islands, places with long traditions of sheep growing. She only deals with farms that grow their sheep humanely and whose wool is not subjected to harsh chemical treatments.

The designer also does all of her dyeing, using a low-impact dyeing method that has been classifies by the Oeko-Tex Standard 100 (An international Certification process) as eco-friendly. Low impact dyes do not contain toxic chemicals or mordants , require less rinsing and have high absorption rate in the fabric, which greatly reduces water waste. And it’s also how she gets those wonderfully deep colors.