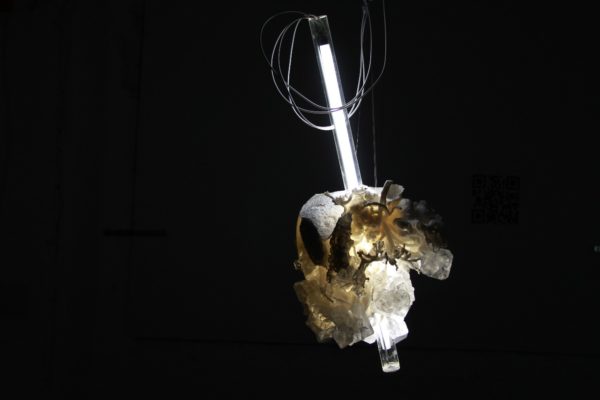 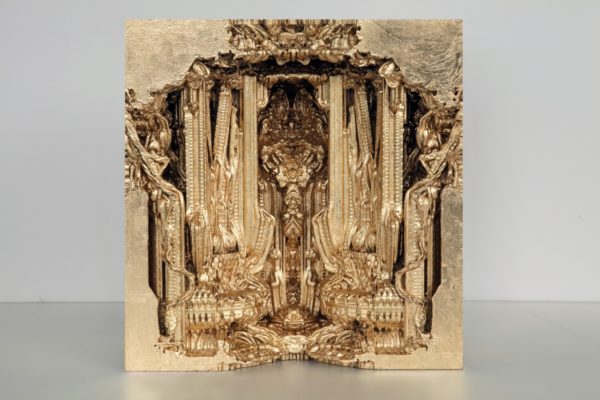 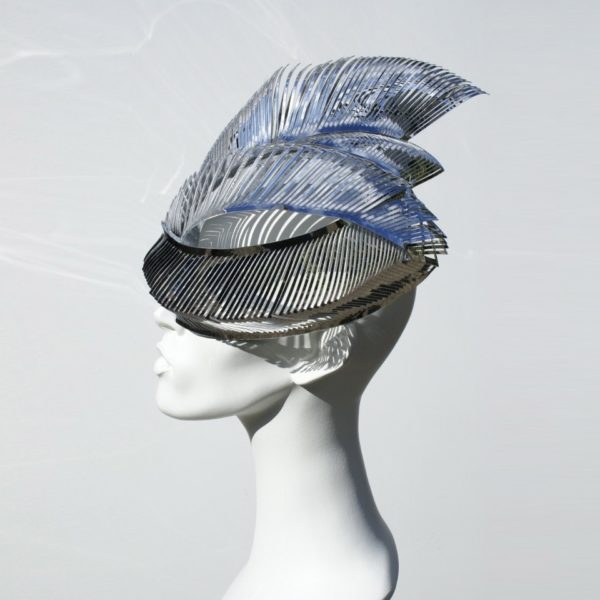 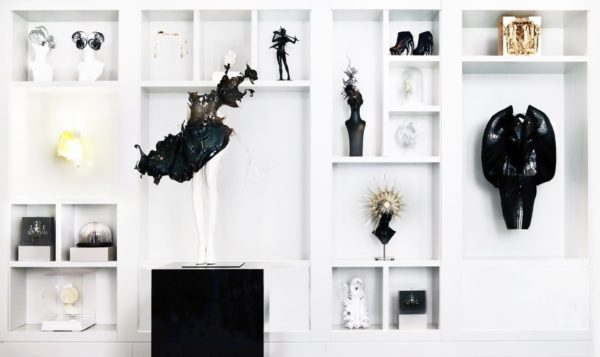 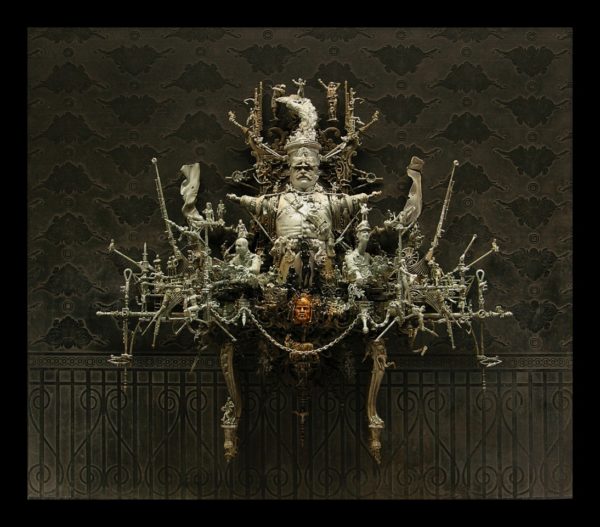 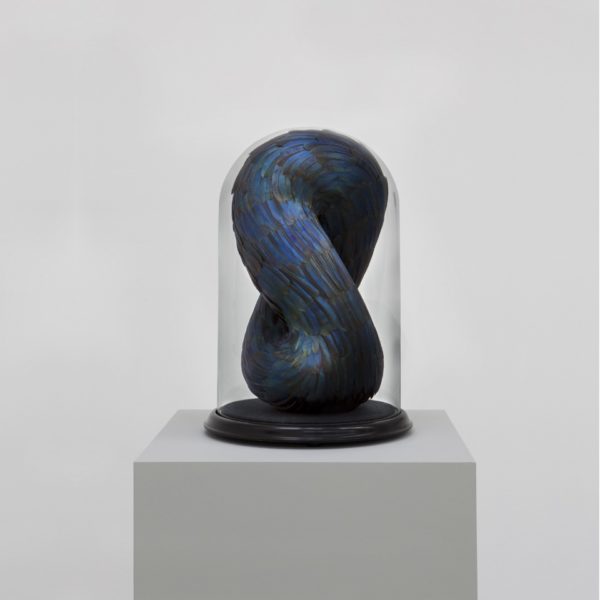 “It’s all about embodiment in the digital age,” – I overheard at the opening of the Iris Van Herpen’s exhibition at SHOWcabinet, Belgravia’s new installation space curated by Nick Knight’s SHOWstudio project. The man who said it was Tobias Klein, one of the artists whose work accompanies Van Herpen’s in SHOWcabinet. His sculptures shown here include an extract from The Invisible Human, a 3D-printed Magnetic Resonance Image of a human abdomen with aluminium sulphate crystals grown over it in a process that echoes those occurring in the body when it is dying. If this sounds a bit complex, it is because Klein’s work, just like that of most participants’, oscillates between art and science.

Since its opening earlier this year SHOWcabinet has lived up to its name: most pieces appearing in its exhibitions look like they belong in a modern day alchemist’s cabinet of curiosities. In this edition, Michael Hansmeyer’s ‘generative’ sculptures designed by computer algorithms; Isaie Bloche’s ‘eroded’ cutlery, modelled on wax cast, 3D-printed and covered in 18 karat gold; Kate MccGwire’s organic-shaped structures made of pigeon and magpie feathers encased in antique bell jar domes and numerous other works are as cerebral as they are intuitive. Exploring the slippage between the organic and the inorganic, the digital and the physical, chaos and order, they invoke a feeling of the uncanny, just like objects in a cabinet of curiosities should.

The exhibition’s central piece, Iris Van Herpen’s Crystallization dress, is a perfect example of this principle. Some months ago Daphne Guinness, Van Herpen’s muse, had had clear and onyx water splashed over her body. SHOWstudio’s founder and curator Nick Knight documented this process on film, and then Van Herpen chose one of the shots and modelled the dress on the rivulets of water visible in it. While the project is reminiscent of Van Herpen’s eponymous SS11 piece (inspired by the new extension to Amsterdam’s Stedelijk Museum, nicknamed ‘bath tub’, and made in collaboration with its architects, Benthlem Crouwel), for her it is fundamentally different: back then, she says, she was working on abstract ideas of water, whereas this time it was hands-on (real water splashed over a real body). She was interested in what could come out of chaos, a random combination of real splashes captured on camera.

The result looks like a sculpture as much as a dress. It negotiates the space like a sculpture would, yet, like a dress, it refers to the body – moreover, to a particular living one, that of Daphne Guinness.

Dresses modelled on real bodies are a favourite subject with Van Herpen: in her interviews she often ponders on how one day technology will allow people to have their body scans on their computers and order dresses exactly in their size – especially when 3D printing becomes widely available for soft fabrics. She is the first person with whom I can share one of my secret fashion concerns without fear of being ridiculed: with the advent of 3D printing, will people start buying files with CAD-rendered models of clothing and go for the ‘print-at-home’ option, rather than purchase actual pieces?

“Oh yes!” She tells me how not long ago she was astonished to find one of her 3D-printable dresses in an exhibition in a major museum in London. She only had produced one sample of that design, and at the time it was in her studio. When she investigated the matter she found out that the London museum had, in fact, made a 3D print of the model without letting her know.

“I am aware that if my design files end up online, I am in trouble because anyone can produce them,” – she confesses. Things can get tricky when fashion and science come together.