A Few Words With: Gerhard Steidl 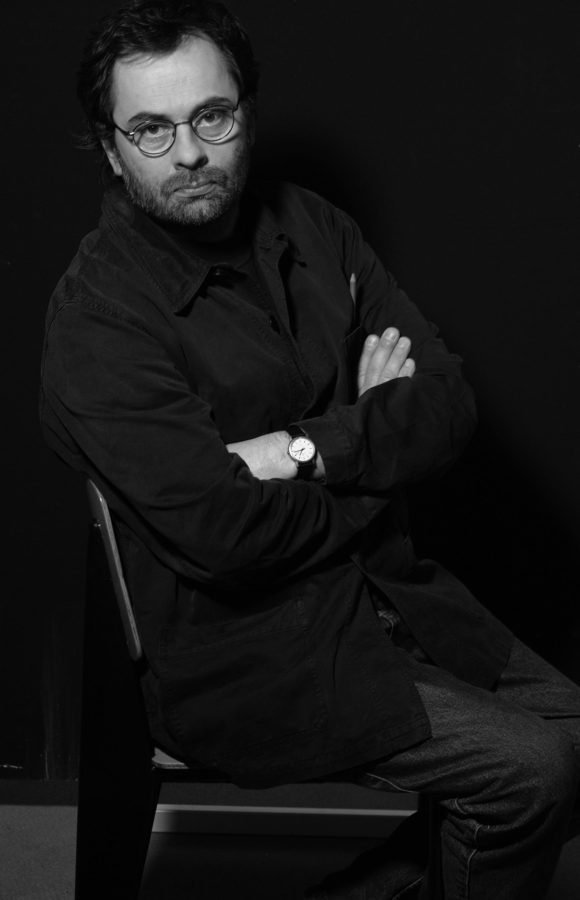 One quiet morning in New York I met with the legendary German publisher Gerhard Steidl in the lobby of the Mercer Hotel in SoHo. Steidl is the last of the Mohicans in the world of print – a fiercely independent publisher who has maintained complete control and ownership of his house for over forty years. His art and photo books with the likes of Robert Frank and Bruce Davidson are revered as the best in the business. He also publishes literature in German, including books by the Nobel prize winners Günter Grass and Halldór Laxness.

Each and every book Steidl publishes is designed and printed in the same building in his hometown of Göttingen, Germany. Virtually every artist that Steidl works with must come there and spend time with him to oversee the bookmaking process.

Below are some outtakes from our conversation. The full, 6,000 word profile will appear in volume five of our print magazine.

On starting out with Joseph Beuys

In 1972 documenta 5 took place in Kassel, just forty kilometers from Göttingen. Joseph Beuys had a permanent office there called the “Office for Democracy by Direct Vote of the Population.” It was a political art concept: Beuys would sit there each day and people could come and discuss politics with him. One Monday I went to see him – I told him I was a silkscreen printer, and could do etchings and lithographs too, and that if he had any ideas for a print, I’d be happy to make it for him. He said yes, why not, took some paper and made a few quick sketches, and I went home and translated them into a print. I returned the next day and showed Beuys the test print: he critiqued it and I went back to Göttingen and made a new one.

From then on up until his death I made Beuys’s print editions, books, and multiples. I’d also travel with him to organize exhibitions. At the time I was only about 22 or 23 years old and had no theoretical background, as I’d never studied art history. Beuys became my private professor, and helped me develop the concepts I use in publishing today. Because he wanted me to do a good job, he educated me; and because I wanted to do a good job too, I listened. This was the real beginning of Steidl, and even today all my knowledge about materials and my aesthetics comes from Beuys. I used to say to him, “If you find my questions too boring, just tell me and I’ll shut up,” and he’d reply, “Every revolution begins with stupid questions.” He even made a postcard with this phrase that has been published by Edition Staeck in the 70s.

Most of the publishing houses around the globe today are shareholder companies. Their only interest is in making maximum profit. I can’t imagine having to share my ideas with a business partner, or needing to get permission from a financial officer to be able to do what I want. I have no partners or shareholders. Of course this makes things a little risky, but life’s all about risks. The moment Picasso died, there was no new Picasso art. Once I’m dead I obviously won’t be able to make any more books, but I really believe there’ll be young people in the future who can take up my ideas and build up their own publishing houses. It’s not necessary that Steidl survives for the next two hundred years. Once it’s closed, I only want to make sure that I’ve delivered my know-how and idea to others, so that they can continue.

On collaborating with artists

Normally, when you go to a publishing house as an artist you’ll have a meeting with the publisher, maybe you’ll go out for dinner, and that’s it. The production of the book goes through other hands. Perhaps the publisher is in New York, the designer’s in London, the photos are processed in India, the printing’s done in Hong Kong, the warehouse is in Italy, and from there the books are shipped around the world. Which means the artist cannot share in the production process.

At Steidl it’s totally different. Every artist, whether a writer or a visual artist, has to come to Göttingen and work with me on the book. First we sit together and I ask, “What’s your vision? What’s your dream?” In my experience, every writer and photographer who’s ever dreamt of having their own book already has a strong vision for it. But a regular publisher will never ask these questions. They have one standard size for novels, another size for photography books. They use the same papers, the same binding techniques, the same covers, and everything has to be made in one pass to reduce costs. Which means the vision and the dream of the artist are lost.

My deepest respect is always for the artists, because all of us who work in this industry are nothing without them. The artists are the ones delivering the ideas, they are our work giver. Without them we’d only have blank paper or an empty screen. I think my system of fulfilling the will of an artist when creating the physical object, the book, is in a way perfect because he or she can be part of every step in the process.

On working with Karl Lagerfeld

This year is our twentieth anniversary. I first met Lagerfeld in 1993 when he won the Lucky Strike Award for photography. Part of the prize was a monograph to be printed and published by Steidl. I had a contract with Lucky Strike at the time and they paid for the book. So I wrote to Lagerfeld saying I was ready to make a book of his photography. He replied that he wasn’t interested in a monograph, because most photography books are poorly printed and he’d rather look at his gelatin silver prints than at a bad photo book. To be honest I was totally pissed off because this had never happened to me before. So I thought I’d push back a little, and replied to Lagerfeld saying if you think photo books are badly printed, I agree, but please send me some photos and I’ll make test prints for you, so you can make your final decision. Three days later, some beautiful black and white landscape photos arrived. I printed them on various papers and sent them to Lagerfeld, explaining what types of paper and inks I’d used. The next day he called me and said yes, if you can print like this then I’ll make a monograph with you.

Lagerfeld has one of the biggest private libraries in the world. He owns about 350,000 books and they are exceptionally well organized. He has a deep knowledge of literature and art, and of course he’s an excellent advisor. Whenever we’d meet to work together on fashion catalogues, he’d always have a new book for me and say, “You have to read this; it’s something you should publish.” So after a while I said to him, why don’t we start a publishing imprint together? Now all the books Lagerfeld selects we publish through Edition 7L, and everyone knows they’re his personal choices.

Digital printing and digital information are great for delivering whatever you need just for the moment: if you want to google something, or you need immediate access to the news. Also, if you’re traveling and want to read a crime novel on a flight to New York, why bother carrying a printed book? Whenever I used to read a book like that on a plane I’d always throw it away afterwards. Now with an iPad I can save paper, read the book and delete it when I’m done.

On the other hand, there are high quality books, print that matters. I very much like that advertisement for Patek Philippe, where the father’s sitting at a desk with his small son and the text says, “You never actually own a Patek Philippe. You merely look after it for the next generation.” I think with books that matter, they’re something you want to keep and pass on. They’re about memory and history and the knowledge of mankind. And in the case of physical books, the decision of which ones to keep is made by the individual and not by Internet companies. For them it’s just business.

These kinds of Barnes & Noble or Borders bookstores have no future. They always have piles of books lying around, and sell chewing gum and other rubbish. I think the kind of bookstore that’s worth going to today is one with an individual owner and three to four staff who are intelligent and know something about books. When you go into the store and buy a book, you’re also buying their expertise and the conversation you have with them about books or culture. The books are hand-selected by these people. They share their taste with you. From the millions of printed products coming onto the market every year, they choose maybe four or five hundred that are worth having in your library. And this cultural experience is worth paying that little bit more for than you’d spend at Amazon. I think this is absolutely the future of publishing houses and bookstores as well.