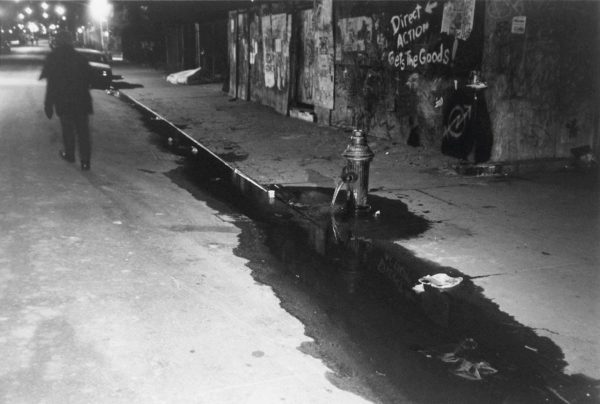 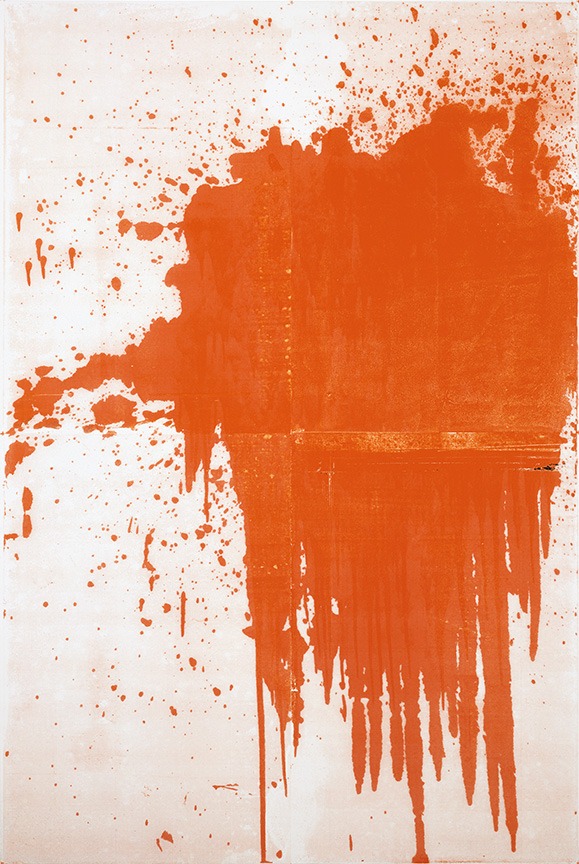 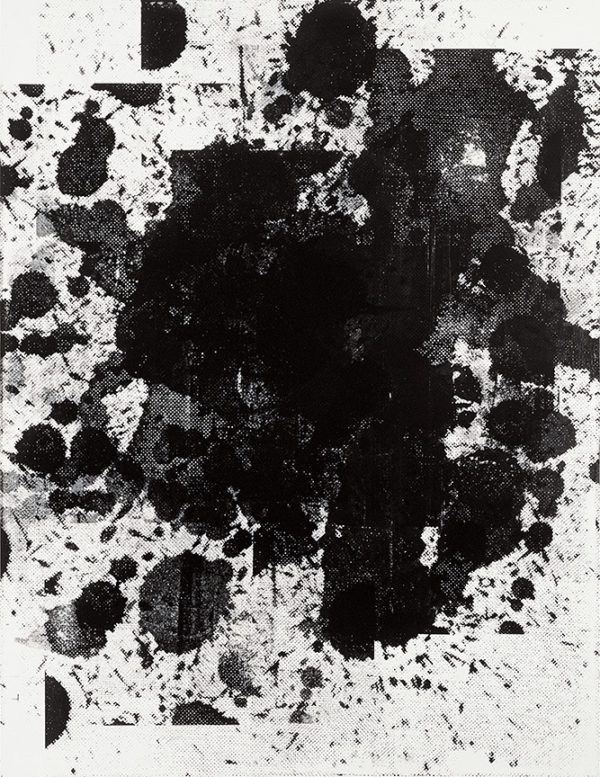 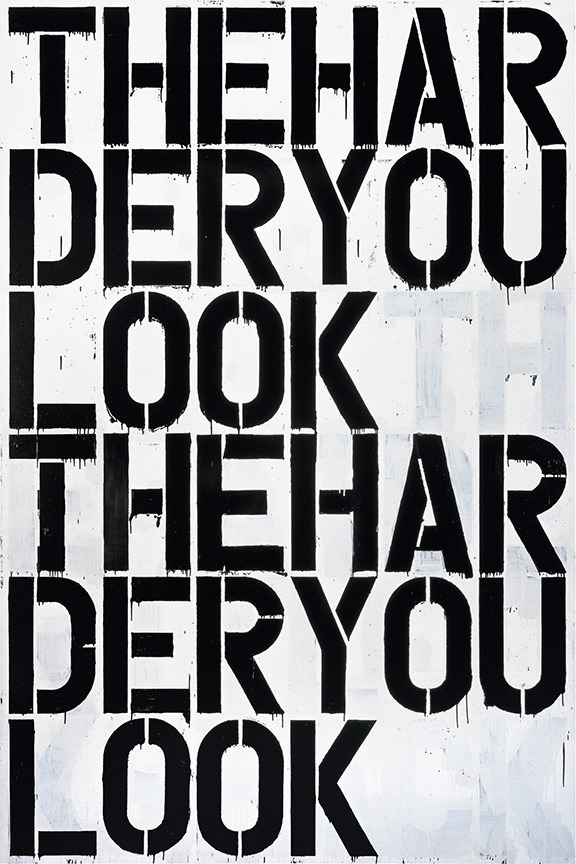 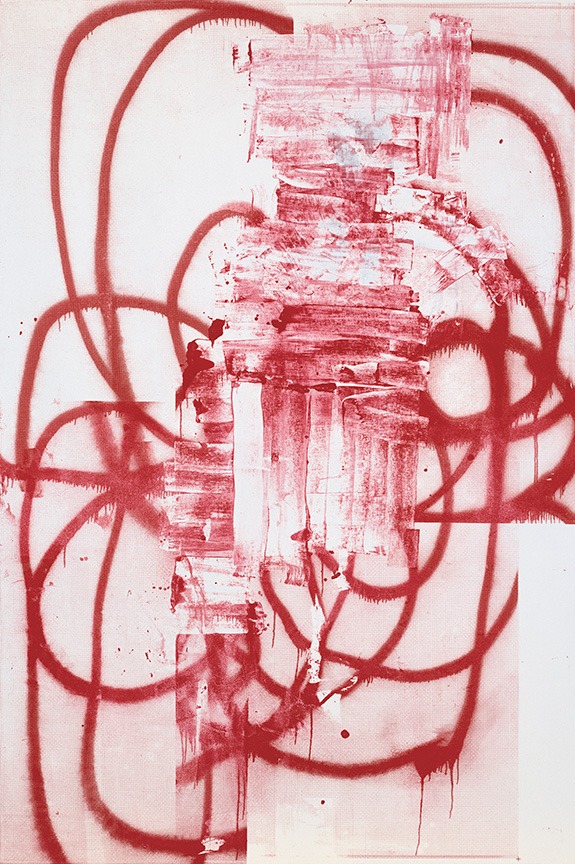 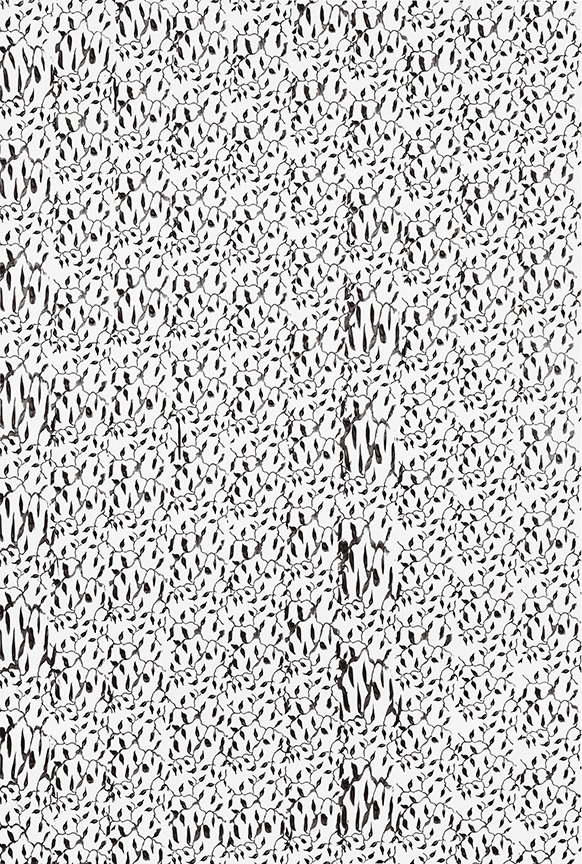 As Richard Armstrong, Director of the Guggenheim, noted in his introductory remarks to the press, Christopher Wool stands as one of the “last of the non-ironic artists.”  In that regard, what you see in Wool’s work is what you see or, in certain instances, read or, to crib from one of the paintings that closes out the Guggenheim’s survey of his work, The Harder You Look the Harder You Look.

Katherine Brinson, the curator that organized the show, summed it up well when she described Wool’s work as, “collapsing any distinction between the physical process of making the painting and its visual content.”  In a sense, that is indeed the strategy by which you intuitively approach a painting by Wool: you cock your head and read it allover to figure out how it was made (the physical process) and that figuring also provides what the work is of (the visual content) and, in the end, also informs how you feel about it.  What’s always made Wool so good to me is that the looking and deciphering and puzzling is not an intellectual exercise, it is not dry, rather the register is emotional, like a good punk song or a clip from a French New Wave film.

Full disclosure would have it that one of my favorite shows of all time was the 1998 mid-career survey of Wool’s work that I had pretty much to myself one Saturday afternoon in the Carnegie Museum of Art, Pittsburgh.  That show presented a comprehensive collection of enamel on aluminum paintings made via drip, roller, rubber stamp and/or words.  As such, today it would get you about halfway up the Guggenheim rotunda in terms of Wool’s chronological development.

The impact of each individual painting is not dulled I don’t think by having representative examples on view instead of an en masse grouping of similarly made.  En masse, they visually overwhelm in their sameness and, thus, force you to read them closely to tease out the differences.  The “visual deja vu,” as Brinson called it, should still be palpable.

In those early paintings Wool used store-bought black enamel paint and applied with rollers to aluminum panels.  The rollers made a repeating wallpaper pattern of, for example, vines.  The rollers were commercially available and according to Brinson drew on Wool’s memories of watching workmen put up tawdry rolled-on patterns in the hallway of the Chinatown loft building in which he lived.

Wool’s famous text pieces also appeared at this juncture with the story being that they were inspired when he saw the words “sex luv” sprayed in black on an otherwise clean white delivery truck.  My first reaction (no longer recoverable) to the word paintings was that they were angry and menacing in tone and in the way the letters dripped and were stenciled in grids that didn’t follow correct syntax so that you had to labor a bit to read them.

One of my favorite word paintings is exhibited (a huge version is on permanent display at the Carnegie).  It is literally a painting of “nihilism.”  The text was derived from a 1918 essay titled “The Apocalypse of Our Time” by the philosopher Vasily Rozanov that allegorized the upheaval of the Russian Revolution and the Situationist writer Raoul Vaneigem later adopted the passage as the ideal description of nihilism. The painting provides, “The show is over. The audience get up to leave their seats. Time to collect their coats and go home. They turn around. No more coats and no more home.”

The scuzzier aspects of the urban environment evidenced in the drippy stenciled lettering, rollers and stamp soon gave way to silk-screening and freehand gesture of looping black enamel redolent of graffiti and then erasure by swiping the wet spray with rags soaked in turpentine.  (The small but good catalog, “Christopher Wool: Sound on Sound” shows Wool at work, gas mask and all).  Wool’s ”gestural” aluminum panels were human scaled.  He could get around the entire panel with a sweep of the arm.  Some of the word paintings were pretty large but, more recently, his “gestural” paintings have gotten to be quite large, such that figuring out how they were produced is that much more complicated as Wool employs an ever-expanding and layered arsenal of techniques and cannibalization of his former works: It is at this point of the show that the distinction for Wool between original and copy and “the painted” versus the mechanically reproduced becomes pretty meaningless.

I was happy to see that there are a lot of photos in the show because Wool is unsung as a photographer.  His photobook, “East Broadway Breakdown,” deserves a place in any serious photobook collection.  The entire series is on display in this show.  It shows in harsh, flashbulb-lit black and white, the nocturnal streetscapes Wool shot on his walks home from his Alphabet City studio back to Chinatown in the early 90s.  In them you can begin to pluck out classic Wool imagery in the sidewalk splatters, graffiti, flashbulb distortions and detritus: you get a sense of what his eye must gravitate to, which is stuff that everyone else would automatically shun as far as aesthetic potential is concerned.  The other photographic series exhibited are “Absent Without Leave” (another photobook) and “Incident on 9th Street” (a small artists book).  “Incident” is actually documentation of a devastating studio fire that Wool took to support an insurance claim for damages, a claim, if memory serves, that Wool tenaciously and successfully litigated in order to receive compensation for the fair market value of his losses.

Other revelations on view are  rarely seen and oddly shaped enamel on paper works that punctuate the show here and there.  The paper softens the harshness of the imagery and sets off their compositional beauty.

One  great service this show provides is to allow us to see once again paintings that we think we know (because seen so often in reproduction) but that we really probably don’t.  I am thinking among others of “Minor Mishap” in the lobby and “Untitled, 2001,” the painting of a scrawled loop-to-loop of red and silkscreening and rough erasure.

Christopher Wool.  At the Guggenheim in New York through January 22, 2014.

All images are copyright of Christopher Wool, courtesy of the Guggenheim Museum.