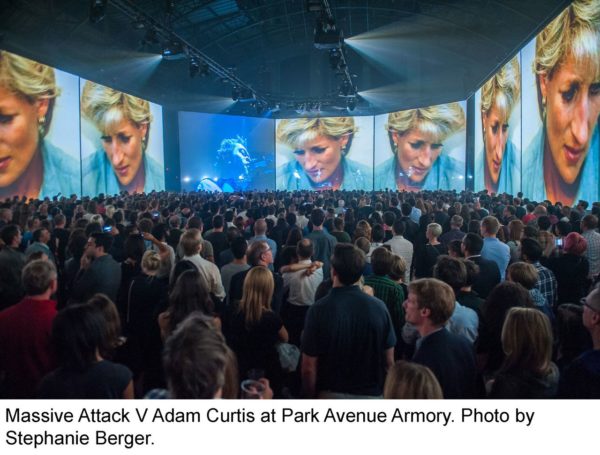 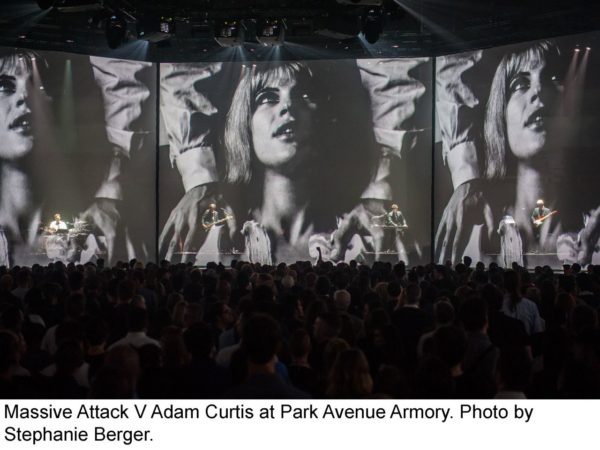 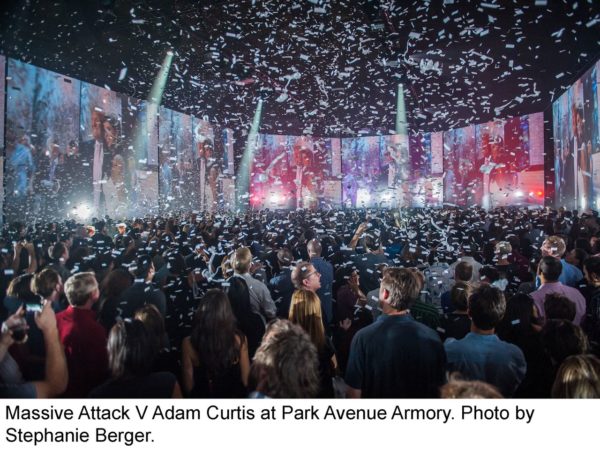 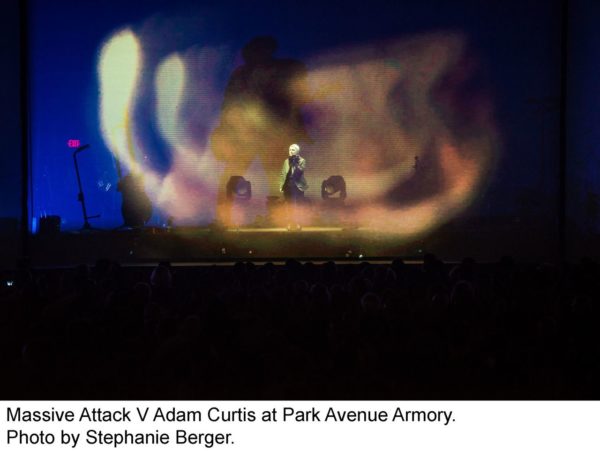 The basic premise of the performance was retelling of some major themes of contemporary history, beginning last mid-century. It was done by interweaving personal stories with broad political upheavals. In the age when the personal has been steadily politicized this was an especially compelling way to tell the story of the fall of the Soviet Union, the building of media-induced culture of paranoia of the United States, the rise of free market capitalism and, simultaneously, the Taliban, and so on.

How Massive Attack and Mr. Curtis knew my biography so intimately, I don’t know, but they have basically managed to trace my cultural references in the two-hour show. To wit; the central personal story from the Soviet Union was that of Yegor Letov, the first Russian punk rocker whose band Grazhdanskaya Oborona, loosely translated as “Civic Defense” and named after a Soviet program that educated the public about bomb shelters and AK-47 disassembly, was the music I grew up on. His story was intertwined with that of his wife, Yanka Dyagileva, who was an accomplished musician herself. It was riveting to see their songs performed by an English band and to see that one culture could be thoroughly understood by another. Added to that was footage of Chernobyl, which was at a somewhat safe distance south of my native Belarus (I still remember myself as a kid in 1986 watching the sky for signs of radiation with my friends.)

Pivot to America, where I moved in the early 90s and was thoroughly culture-shocked by consistent erosion of personal freedom in the name of safety, which continues today. Add some Nirvana, and perform what is arguably the first goth music hit, Bella Lugosi is Dead by Bauhaus, and I started wondering if Massive Attack and Adam Curtis have connections with the N.S.A.

In any case, it was all so close to home and so beautifully done, with the musicians and the audience enveloped by a series of screens aimed to reflect their Orwellian omnipresence, the carefully chosen images, the precise emotional buildups and releases that left your heart and mind at exactly the right place. It was all done at just the right pitch – neither preachy nor too obvious.

Tonight is the last performance of the show. If you are in New York, go see it. And I truly hope it will go on the road, because it does what art is supposed to do – it impresses in the unimpressionable age.