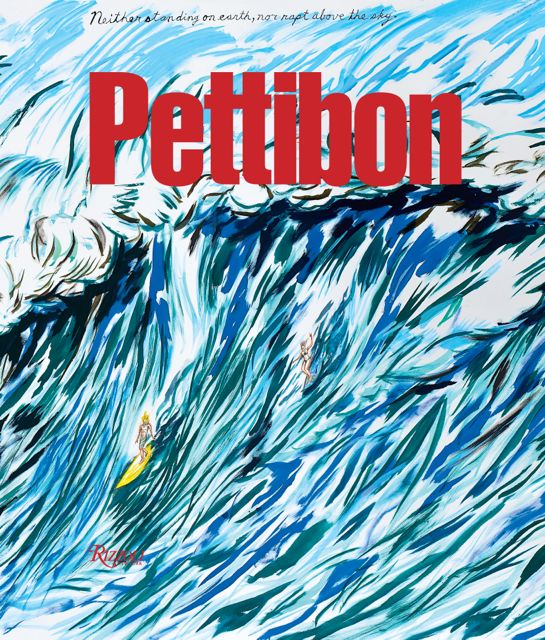 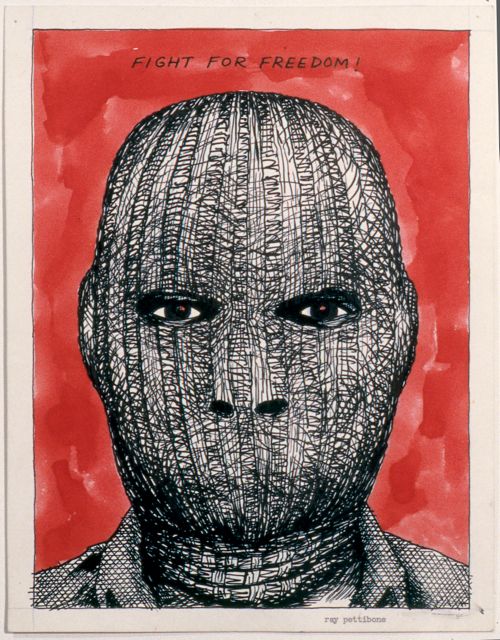 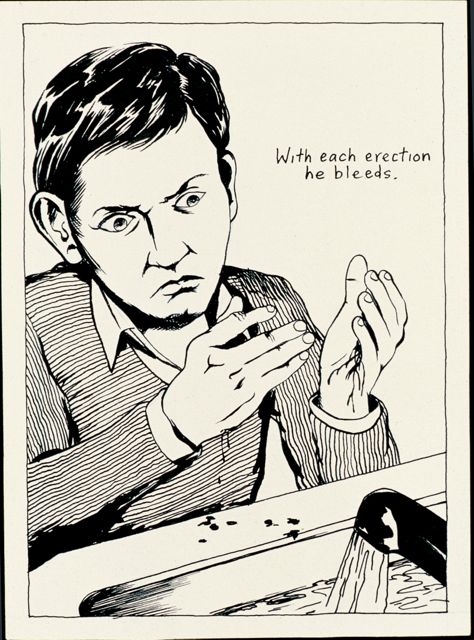 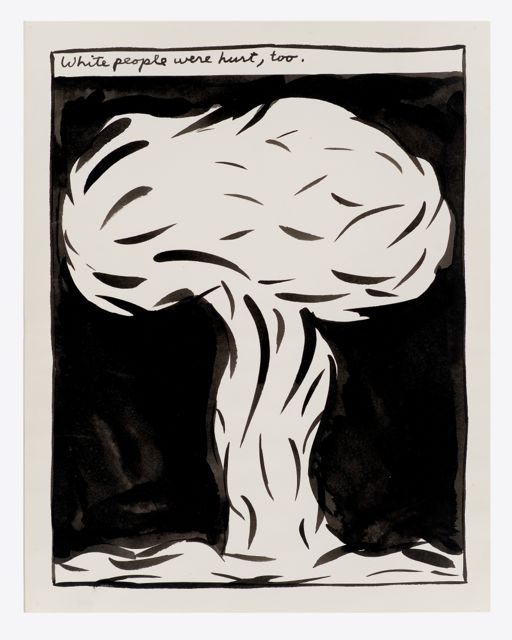 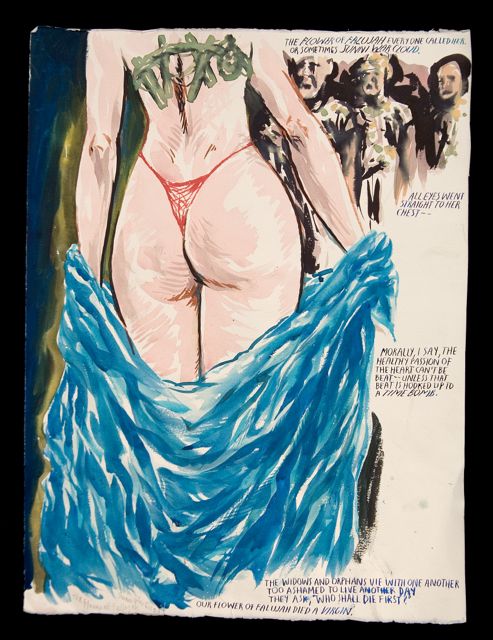 The 384-page book, featuring 350 reproductions of Pettibon’s drawings, has been meticulously edited by the gallerist Ralph Rugoff (the publication was delayed by more than a year to get the monograph right). It’s an impressive tome, heavy, beautifully printed, and slipcased.

Pettibon began his career in L.A. in the late 70s, producing flyers for punk bands and zines that he sold through record stores and by mail order. His work gradually grew popular and gained followers such as Kim Gordon of Sonic Youth, for whom he also produced artwork.

Pettibon’s drawings are a world unto themselves, or rather a reflection of and reaction to the world as he sees it – pungent and indignant. It deals with many familiar themes; parental abuse, drug abuse, political abuse, and so on. The book might have been called “Modernity and Its Discontents.”

Pettibon’s work is often characterized as ironic and satirical, and it is sometimes that. But there is also a feeling of sympathy and almost forlorn hopelessness. Some of the work seems like catharsis, as if drawing was Pettibon’s way of dealing with the world’s dirt, of all the malaise he has was witness to without having the power to fix.

The thing is, behind all the rage of a punk is really a desire for love, an inability to cope with societal injustice, to right all the wrong here and now. That’s how Pettibon’s art feels.

To drive the point home Pettibon combines drawing with text. Sometimes the text is the art. On a personal level, it is full of questioning, self-doubt, and search for meaning. One drawing reads:

Though contemporary pop culture today is less squeaky clean than it was when Pettibon began, his work still feels poignant and relevant, especially when it deals with alienation, a topic especially relevant now when not a day goes by without a new article on smart-phone wielding zombies we have become.

“You pay for the moral distance,” one of Pettibon’s drawings says. Indeed, you do.