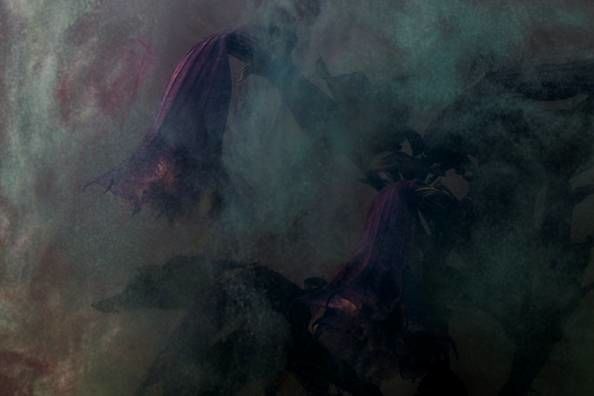 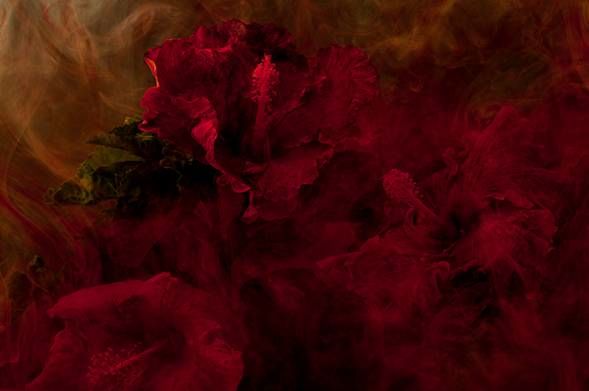 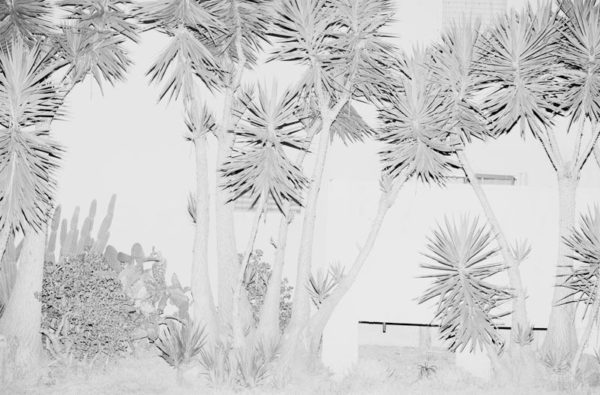 The Bleeker Street Arts Club is a relatively new gallery tucked on the upper floors of a landmarked art deco West Village building.  The space is well-appointed and well-lit and showing, for a few days longer, a group show titled Sub Rosa that includes collaborative and solo photographs by Los Angeles based Nicholas Alan Cope and Dustin Edward Arnold. I recently had the pleasure of interviewing Cope/Arnold on their long running collaborative projects and a chance to catch up with Cope at the opening for this show.  The full profile will appear in volume five of our print magazine.

Bluntly put, it is wrong to limit the large, color prints made by Cope/Arnold’s during their projects as merely “photographs,” though that in the end is what we encounter.  By day Cope is a commercial photographer and Arnold is an art director but as Cope/Arnold they are autodidacts, scavengers, set-builders, assemblage artists and sculptors who, ultimately, photograph the results of their mad labors.

As Arnold put it, “Stamen,” from which four prints are on view, “is like a concoction of flowers and chemical baths.” He added, “We’d spend hours doing flower arrangements and then completely obliterated them so that they didn’t matter…. we’d run it through this process and completely obscure everything.”

Cope elaborated, “We built these big tanks to create the atmosphere around the flowers and that was a task in itself, to make your own Plexiglas tanks to hold water. That was its own thing. I had one break after we finished that project and I was doing a different project with a similar tank and I had once spilled a solid 20 gallons of water in the studio which was not good when you have 4800 watt packs running. I don’t know if it was a formula but a series of different things that we could mix together, just a series of tests really.  We would build a floral arrangement or composition we liked, get the shot and create the atmosphere around it: because once we started there wasn’t really any way to adjust those flowers.”

It’s worth noting parenthetically that Cope/Arnold consciously avoid post-production work on these projects.  To the extent something looks a certain way in a Cope/Arnold photograph it’s because it was deliberately made to look that way when shot. That partly explains the odd honest-to-goodness quality of their otherwise moody work.  That and a lack of preening and a surfeit of hard work. When I gestured to the prints in the packed gallery and asked Cope if one or another was technically harder to achieve he thought for a moment and answered, “Green.”  Green, because water plus green plus flowers quickly tends to dirty fish tank so it took a lot of tinkering to get it to look right.

Alongside the Stamen works are three prints from Cope’s solo photography project of Los Angeles landscapes recently collected in his photobook “Whitewash,” for which the designer Rick Owens wrote a foreword (powerHouse Books, $75) That project started when Cope was a student at Art Center College of Design (Arnold is an alum too) and he worked up the material for the book over the years.  The imagery is flattened and sun blasted bone white. In person, the medium-sized prints of trees and shrubbery on exhibit have a real solidity to them, a sense of objecthood. They look more like silver metallic collages or reliefs than two dimensional photographs.  For once, refreshingly, that aspect is apparent in digital reproduction too.
__________________________________________

Cope/Arnold in SUB ROSA, at the Bleeker Street Arts Club in NYC through Oct 5.

All images courtesy of the Bleeker Street Arts Club