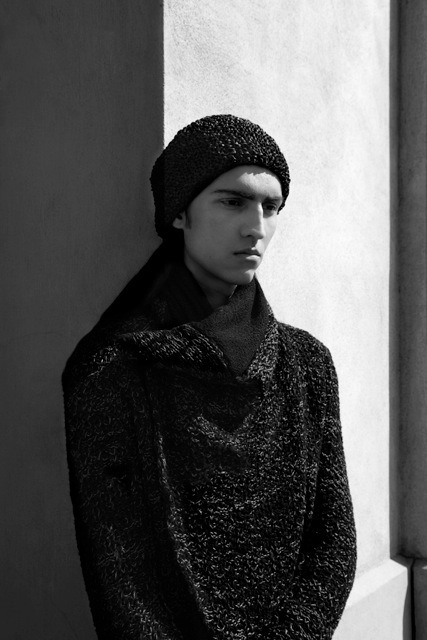 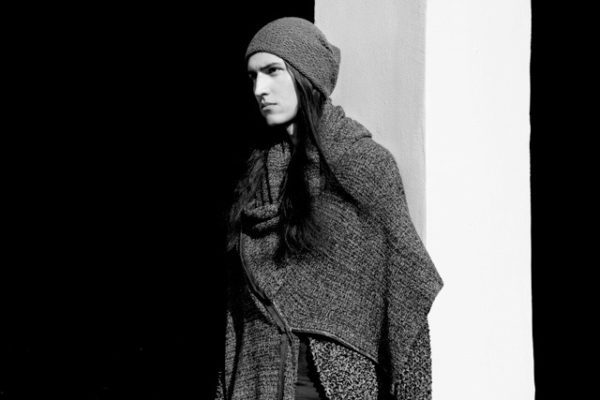 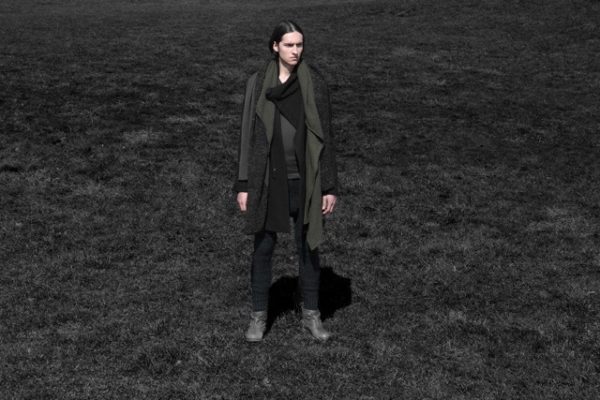 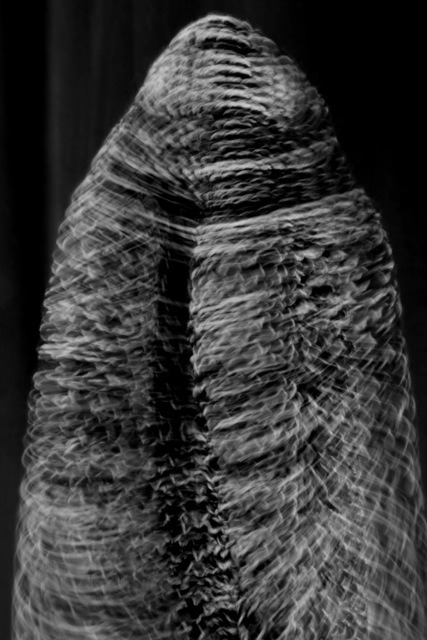 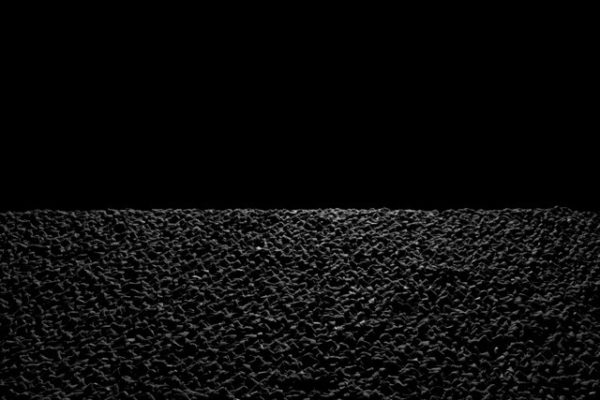 When I met the German-born designer Daniel Andresen in his studio in Antwerp last month, he was looking at yak hair. The hair, spun into wool yarn at a cooperative in Mongolia, was a new experiment for this young designer whose understated knitwear is quietly sold at directional stores like Lift in Tokyo and DAAD Dantone in Milan.

Andresen is understated himself, a quiet, contemplative man who approaches his work without fanfare. “The yak might not work for the knitting machines,” he thought out loud, “it’s too uneven.”

This is the kind of know-how that shows Andresen’s hands-on nature of work. And when I say “hands-on,” I mean exactly that. Everything Andresen makes he makes himself using a couple of old knitwear Brother machines that are “programmed” by punch cards. “This is my production team,” Andresen pointed at his girlfriend, when I asked him where his knitwear is produced.

The machines sit in one room of a nondescript two-story house on the left bank of the Scheldt River Andresen and his girlfriend also live in. It is away from the center of Antwerp and its fashion world, and that’s just the way Andresen likes it, because here he can concentrate on his work.

And the work is uncompromising in its attention to quality and subtle detail. Andresen initially began by fusing wool, linen, and cashmere yarns with hand knit leather, which added edge to the coziness of his cardigans. There were also knit leather pieces, though now Andresen is slowly moving away from leather because it’s becoming hard for him to find leather that is ethically produced.

This is no moralizing hippie stance and Andresen never flaunts his sustainability credentials – he just wants to produce quality garments – yet ethical production is on his mind. He has stopped working with cashmere because its proliferation has caused significant soil erosion in Mongolia while decreasing yarn quality. Hence, the yak wool.

Andresen became interested in fashion in a roundabout way as a teenager in Northern Germany. He loved skateboarding and he would often visit a local shop that carried skateboarding gear. At some point the shop began carrying Comme des Garcons and Yohji Yamamoto. Andresen had never seen anything like it and for the first time the idea of making a living by making clothes appealed to him.

A couple of years later, Andresen got into the prestigious fashion department at the Royal Academy of Arts in Antwerp. He spent some time working for Haider Ackermann. He also spent some time at Hilde Frunt, the esteemed Belgian knitwear maker that has produced knits for Ann Demeulemeester, Raf Simons, and A.F. Vandevorst, among others.

Upon graduation Andresen went back to Germany to oversee a knitwear company. It was fun for a while but as he was loaded with more and more responsibilities Andresen began questioning if he could work within a corporate structure. Soon enough he was back in Antwerp, armed with knitwear know-how.

The proof is in the pudding. Andresen’s knits have a soft, cocoon-like quality – they simply envelope you. My favorite was a sweater with the regular warp but whose weft was uneven. It created a subtly dramatic effect, as if your sweater was covered in spider web. I asked how he did this, and Andresen explained that he tinkered with one of the machines, moving its knitting rods out of order.

Andresen and I rode back to the center of Antwerp in his Volkswagen minivan. He was going to MoMu, Antwerp’s fashion museum, where a bunch of fashion bloggers were invited to take a look at Antwerp’s new talent. We parked in the back and Andersen pulled out a couple of black metal pipes and a garment bag. We walked up the stairs to the second floor where the cocktail hour was already well on its way. Andresen put up the pipes in an empty spot amidst a bunch of white mannequins and guests sipping champagne. He opened the garment bag and hung a couple of his pieces on the pipe. “That’ll do,” I thought.