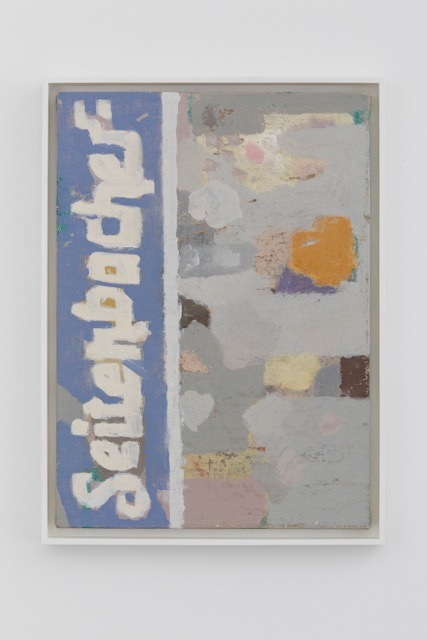 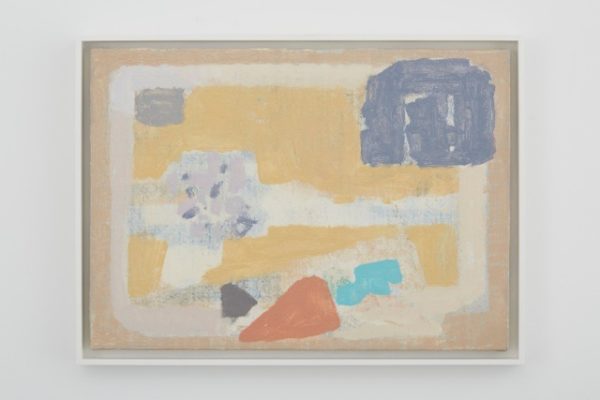 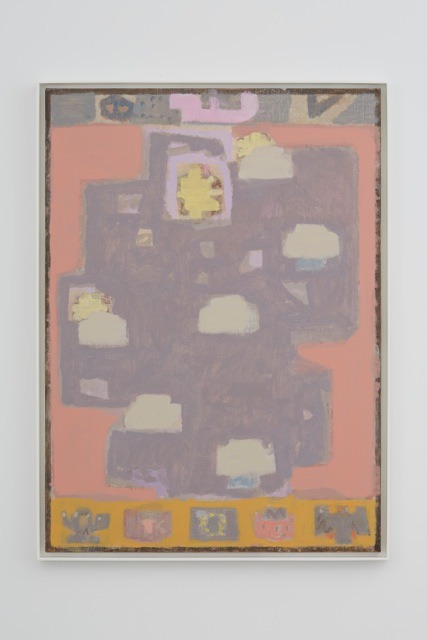 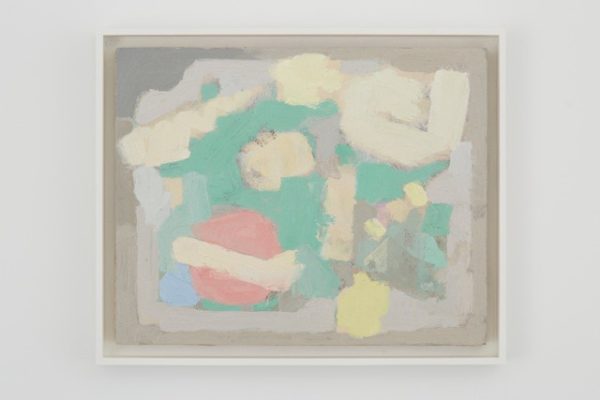 The biggest of Ryan McLaughlin’s abstract paintings up at Laurel Gitlen in the Lower East Side measures 25 ¾ inches wide by 35 ½ inches long so, properly wrapped, you could probably manage to transport it by bicycle.  In that regard, the show as a whole is imbued with a humanizing scale and pace.  Eight paintings are on view, the biggest noted, the smallest comes in at 10 by 8 inches, all are abstract or, perhaps more accurately, levitating at the edge of the representational.  The palette is toned down, there are instances of color but as if sun-bleached, and a slight tobacco-stained hue hangs over it all.  There is no pictorial depth: all the action is on the surface.  These modest essayistic paintings invite and reward close viewing. From what I can gather, this New York show marks McLaughlin’s solo American debut.

McLaughlin is a young American (New England) painter living and working in Berlin.  The gallery explains that the roughly brushed representational imagery incorporated in the paintings is plucked from everyday German life and that, “Those who are familiar might recognize certain ubiquitous logos and symbols in McLaughlin’s particular variety of painterly ‘almost-abstractions.’”  Having visited Cologne briefly and my university-level German long forgotten, I was not able to read the paintings on that level or tie their mostly German titles to the imagery.  That said, the imagery and signage McLaughlin inserts, being of the ever present world of advertising and newscasts, register instantly as visual shorthand.

A 2012 review by Mark Prince in Art In America captures the feel of McLauglin’s paintings in that, “McLaughlin’s most haunting images cannot be assigned to generic or traditional sources, and seems tantalizingly specific yet impossible to locate.”  There is a nagging sense of familiarity but of what?  Aspects of daily life maybe or bits of art history hazily recalled.  The paintings on view in this show, if haunt is what they do, haunt like friendly ghosts.  They look good on the gallery walls, but the sense is that they need human company to charge and nourish them.  They are domestic in that sense and are well served by the worn, rougher aspects of the gallery architecture.

That same Art In America review neatly pins one other aspect of McLuaghlin’s approach, that he “is essentially a still-life painter.”  Except he’s not, not here, not really, unless it is to say that he has managed to still life in his paintings by isolating the visual detritus of daily living in and among brushy strokes just precisely enough to evoke and suspend and make it worthwhile for us to spend time among them.  And in that condensing vision, maybe the title of this show — Raisins — is not the head scratcher it seemed upon entering.