I stopped by for a preview Thursday night. The crowd milled around the new, golden interior, checking out the freshly arrived S/S 14 merchandise. Rei Kawakubo was present, adjusting the mannequins just so.

First, that golden (you read that right) interior. Turns out that gold is Kawakubo’s third favorite color after black and red. She’s been drawn to it lately, and when she has discovered that scientific research shows that babies gravitate towards gold, she felt strongly about using it for the boutique’s rebirth.

Surprisingly, or perhaps unsurprisingly, it works. The store feels more spacious now, though I must admit that I will miss the Space Odyssey  vibe I got from all the curved white partitions that had been in place since the West Chelsea boutique opened in 1999. You still get to lose yourself as you navigate the walls, which has always been fun. There is also a golden Christmas tree to add to the festive mood.

Now, for the concept – though the store is still considered the Comme des Garcons flagship, the merchandise is no longer limited to the CdG universe, though there is still plenty of it. This is another step forward in Kawakubo’s drive to expand her field of vision.

For sale are products from such hard to find designers such as Elena Dawson, who had played an important role at Paul Harnden before striking out on her own several years ago, and Sara Lanzi, who worked at Carpe Diem. These choices are a clear testament that Kawakubo is the only designer who despite being accepted by the fashion establishment keeps herself close to the avant-garde. 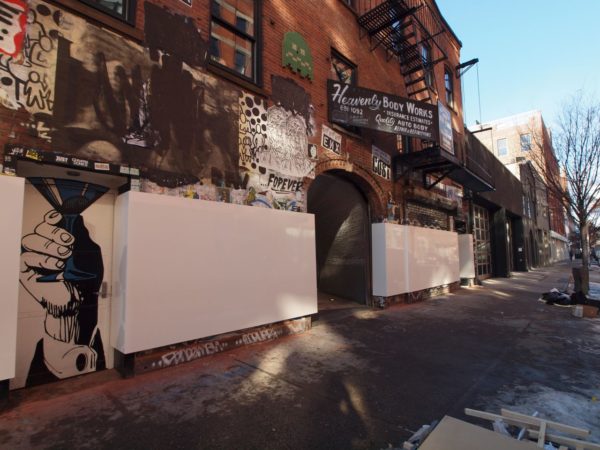 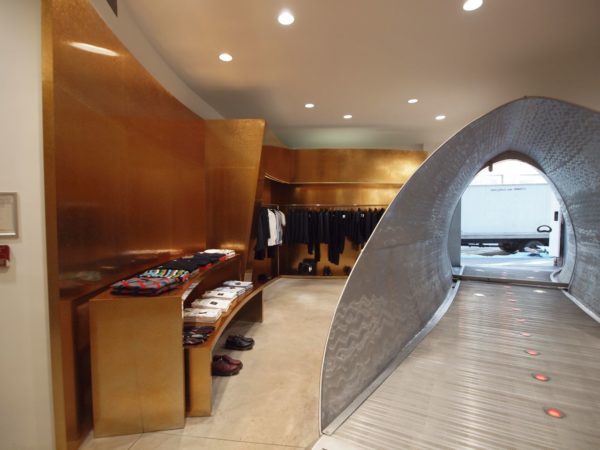 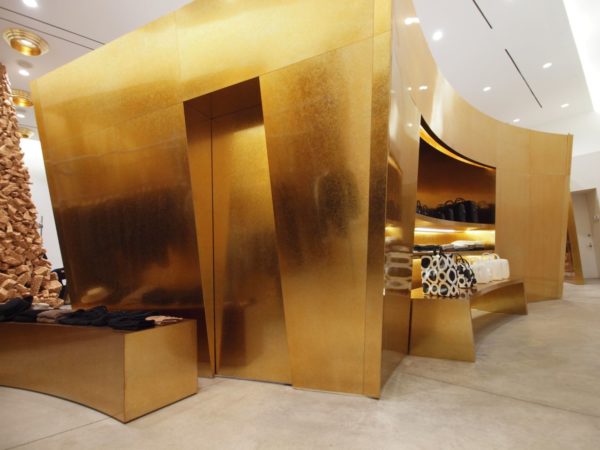 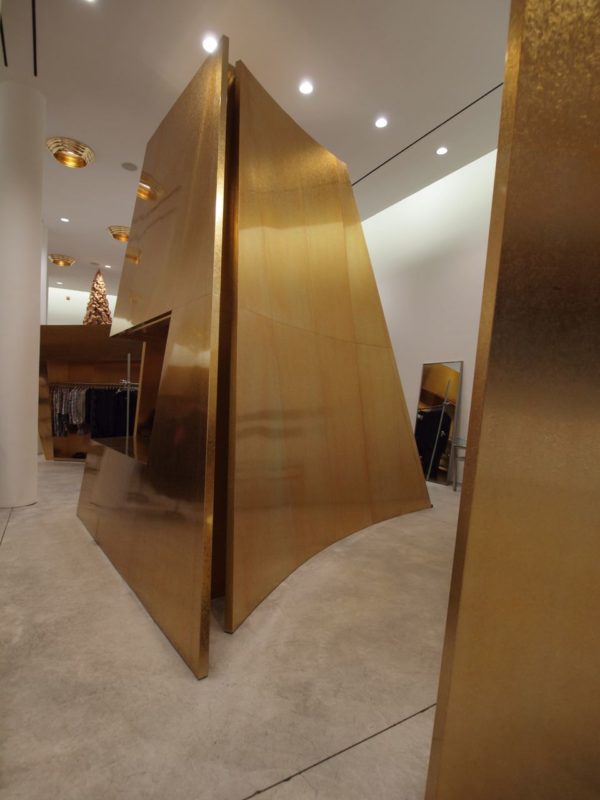 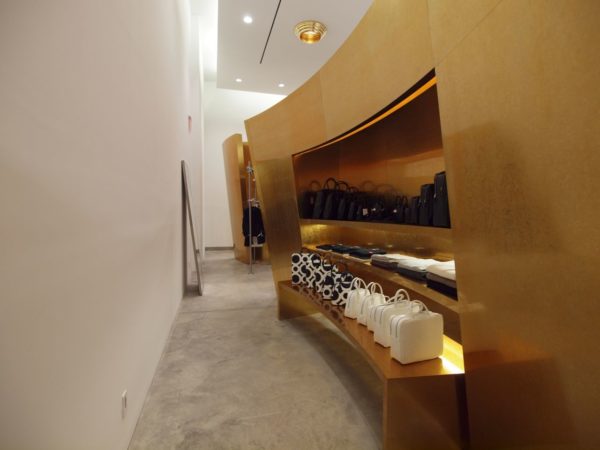 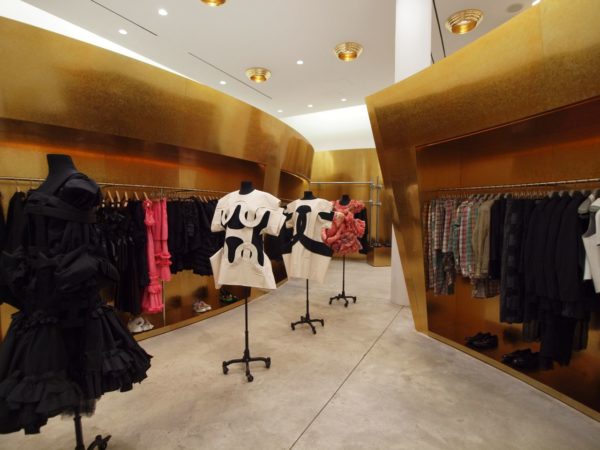 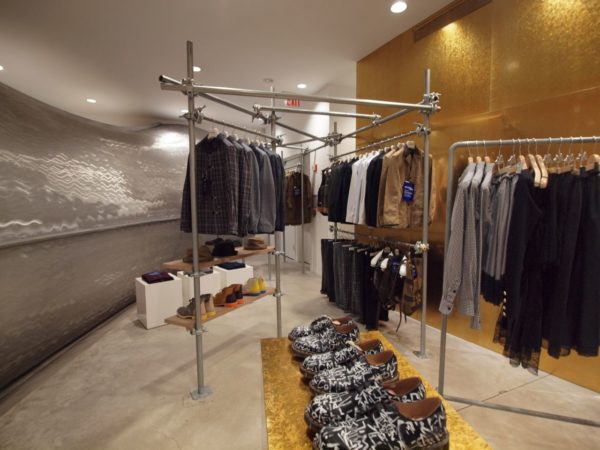 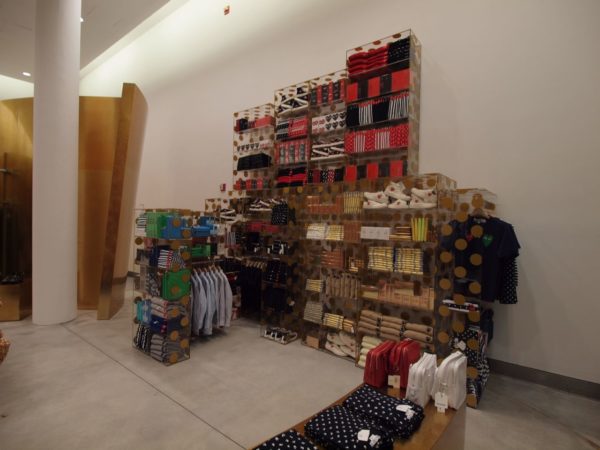 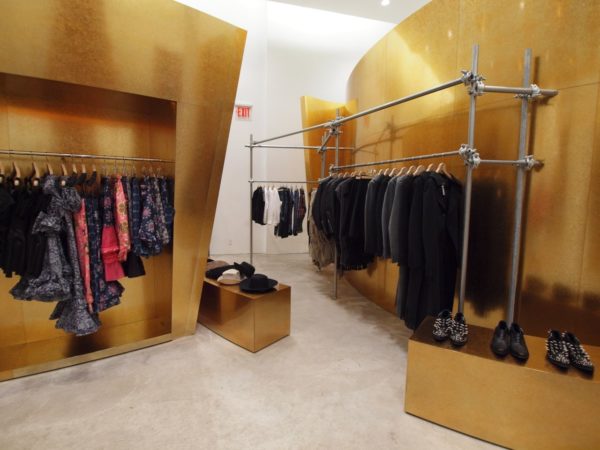