Last Friday Dover Street Market, a mini-department store run by Comme des Garcons that has become a franchise in its own right, opened its doors to the public.

The new shop takes up seven floors in an imposing-looking building that used to house a bank on the corner of Lexington and East 30th St. It’s a part of Manhattan few people interested in fashion have ever set foot in. This was evident during the Thursday’s preview, as you could easily spot the attendees on the way to DSM amidst the office drone lunch crowd.

Nevertheless, just like with its London outpost, Dover Street Market’s cult status has potential to transform the neighborhood.

The inside of the store is the complete opposite of the building’s grandiose, faux-Greek façade. It is a series of intimate spaces, the blueprint of all DSM stores, where a bit of real estate is given over to each brand to make what they will of it.

The result is stylistic chaos, which is just what Rei Kawakubo, the Comme des Garcons designer, loves.

For Kawakubo, who was present at the opening, clad in a long heavy Paul Harnden coat, all rules are meant to be broken, and that includes aesthetic continuity of a department store.

For example, Comme des Garcons, in no small part to the efforts of her husband and business partner, Adrian Joffe, was one of the first brands to understand the breaking down of the line between streetwear and fashion. This is evident at DSM, whose seventh floor houses a Prada space right next to Supreme, and from where my descent began.

If there is a theme to Dover Street Market, it could be called “A little bit of everything.” There is a staggering amount of designers carried in a fairly limited space. According to the store’s brand list, the sixth floor alone houses 22 labels, including Ann Demeulemeester, Yang Li, Undercover, Peter Pilotto, and Thom Browne.

Browne’s space was my favorite, a miniature version of his Tribeca store; its clean lines stood out among DSM’s anarchy. I also liked what shall be dubbed the Rick Owens wall, painted silver by Michele Lamy’s daughter, with two white marble benches flanking it.

Another thing you realize while inside is – holy crap, Comme des Garcons makes a lot of stuff! Every CdG line is present at DSM, from the runway collections to CdG Black, the budget-minded capsule of greatest hits.

Its streetwear line, PLAY, alone seemed like an army of smiley-faced hearts amidst a sea of polka dots. But I was particularly taken with the line NOIR, by Kawakubo’s newest protégé Keo Ninomiya. Definitely the one to watch.

A few other brands you should know about – Marvielab, Aitor Throup, The Soloist – all still yet to deliver their wares from what I gathered.  There were also several pairs of Me-moria, Maurizio Altieri’s new footwear project.

Last but not least, New York finally gets its own outpost of Rose Bakery, the hip Parisian café with an organic and vegetarian bent. Yum! 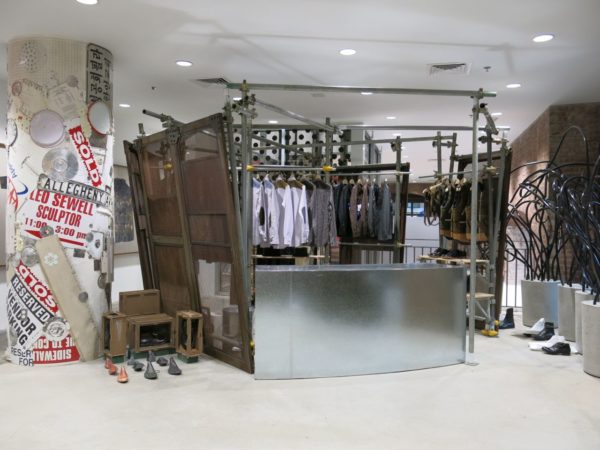 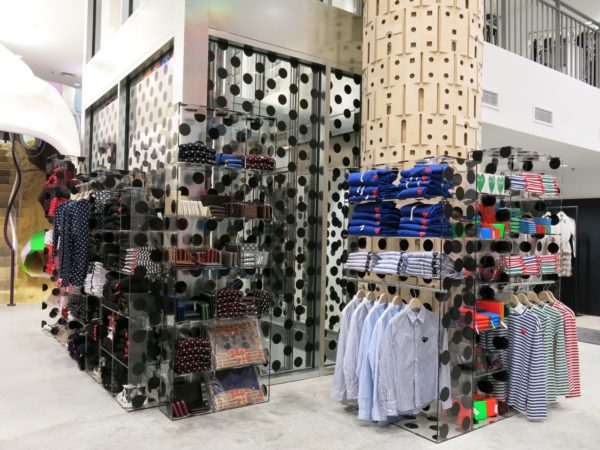 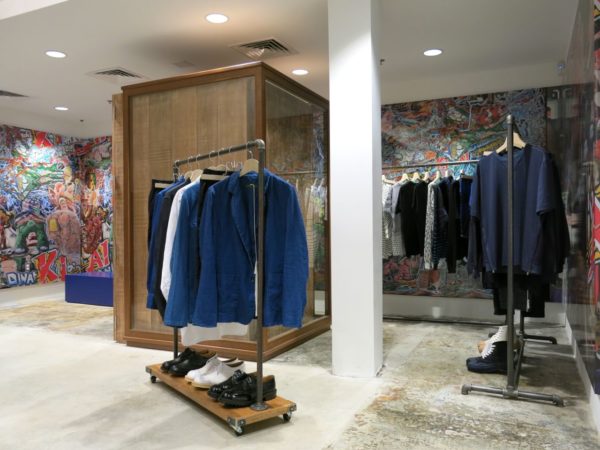 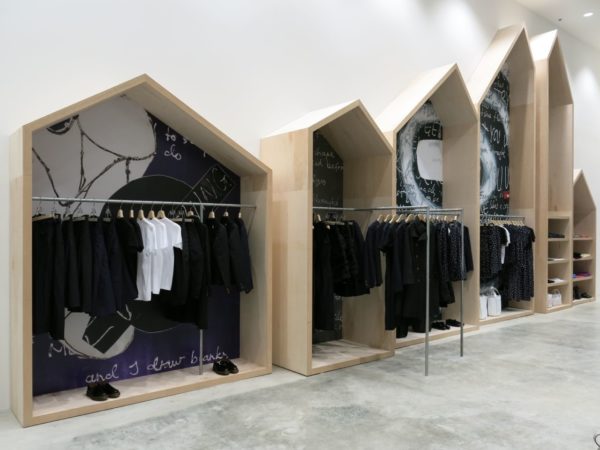 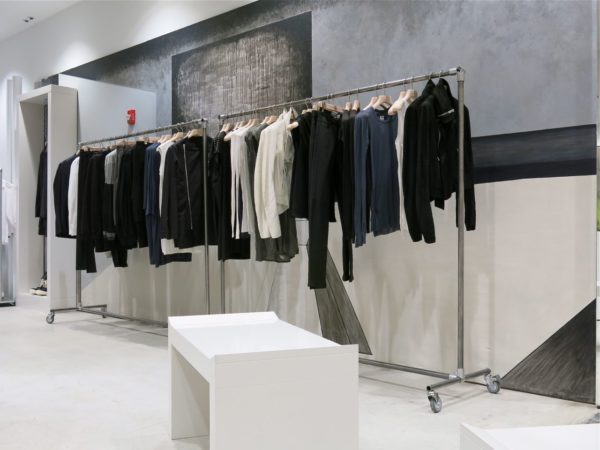 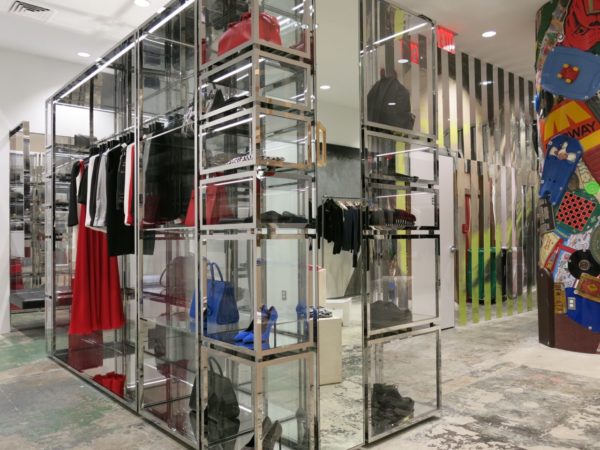 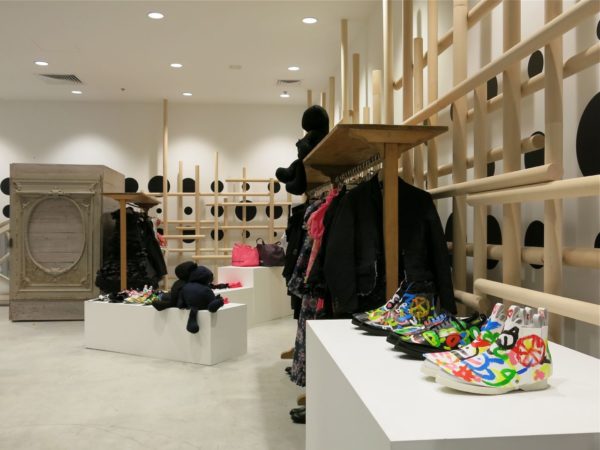 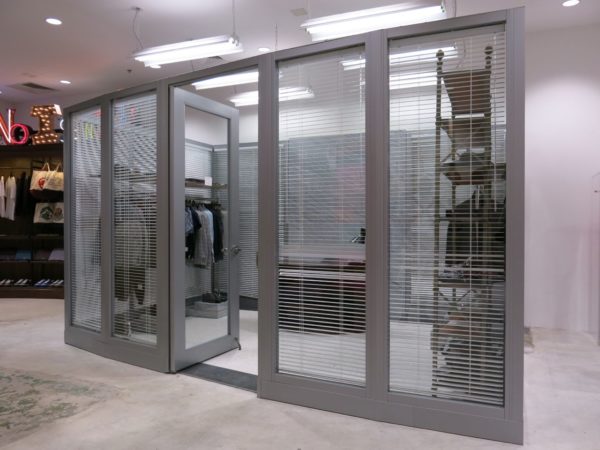 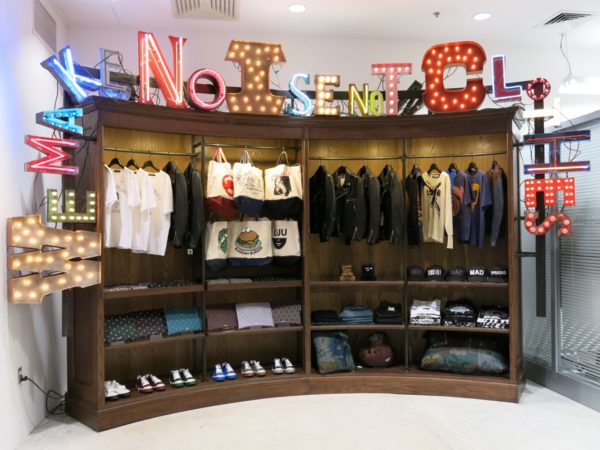 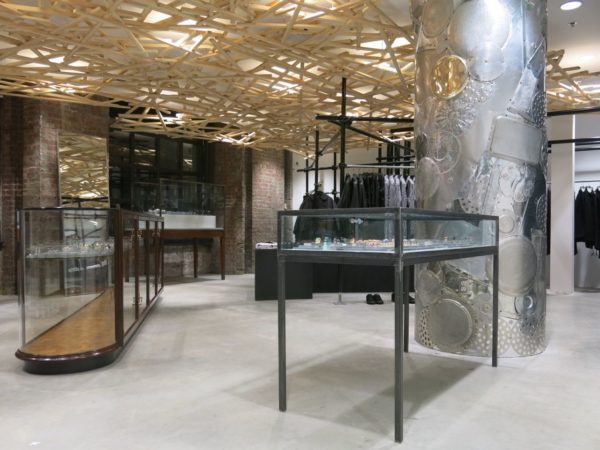