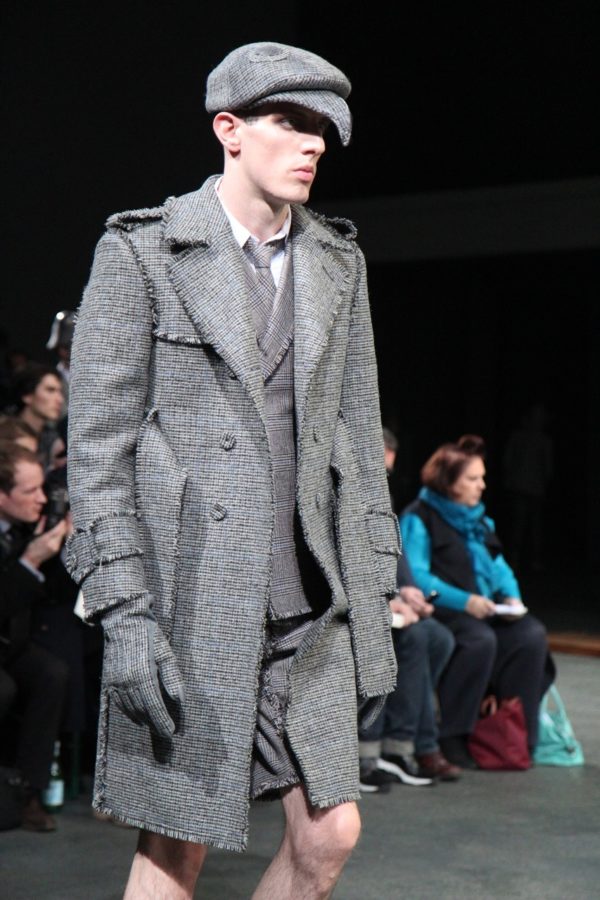 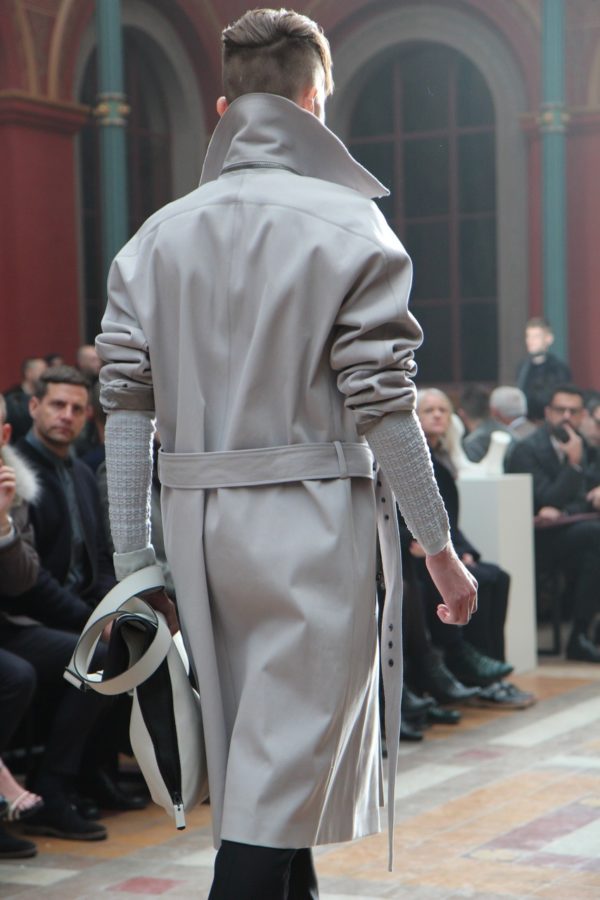 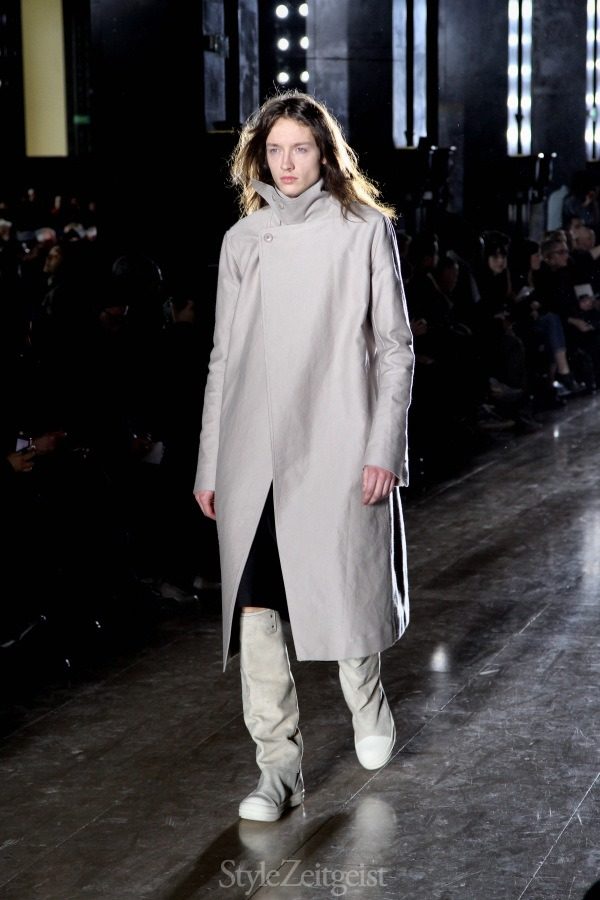 I don’t know exactly why I am going in reverse. Perhaps because Pitti Uomo, where I start my menswear season, was a letdown. Usually, the Florentine fare invites an exciting designer (or two) with a strong aesthetic proposition to share his or her worldview with the rest of us. This time we got Diesel Black Gold. The show was well produced and The Prodigy remixes got the audience going, but the usual over-designed rock-n-roll/military gear Diesel offered on the runway begged what became the question of the season – what deserves to be on the runway and what does not? What is fashion and what is merely clothing?

As I had written elsewhere, the word “fashion” no longer has any meaning, except as something vaguely “cool,” and cool sells. So, H&M bills itself as fashion. So does Diesel Black Gold. Everyone wants to do a runway show under the guise of democratization of fashion and any attempt to call things by their own name result in knee-jerk accusations of elitism.

But if you confuse meritocracy with elitism, the fault is yours. The truth is, some things are inherently better than others, and no amount of postmodernist theorizing can change this. You can see the difference in the quality of materials, the precision of the cut, the longevity of the garment, and finally, yes, in the strength of the aesthetic vision. This is why Rick Owens is fashion and Diesel Black Gold is not.

Speaking of Owens, at his show I was distracted by all the onesies, which were humorous enough but not something except the most hardcore fans of his work would seriously consider. But I have already learned that once disassembled in the showroom, Owens’s collections offer plenty of satisfaction. This time was no exception. Among several things that would make a worthy addition to any wardrobe, I was particularly smitten by a high-neck tailored coat whose structure was armor-like, with contrasting sleeves with inverted seams and a turned-and-pinched waist that I have never seen before and that gave the coat a kind of three-dimensional hard elegance that Owens is so good at it. Coming to a closet near you.

Another smart move Owens did in his showroom was transferring all the staples of his oeuvre into a pre-collection. Before you cringe, as I normally would, at the word “pre-collection,” consider that it allows for a better showcasing of the runway offerings.

As for other shows, Lanvin and Dries Van Noten both displayed the level of professionalism and talent that we have come to expect from them. Junya Watanabe was also a hit, not as much for his aesthetic direction, but for his unparalleled construction skills. There is something almost delightfully geeky in attention to detail in his clothes.

Boris Bidjan Saberi used his show to signal that his work is maturing with him. He’s a father now and a few years older and wiser than when he started. All of this was reflected in a new-found elegance of his clothes but without any softening up. His uncompromising construction methods were evident when I examined the garments in the showroom. There was a new vinyl tape used on seams, which worked especially well in the formal long coats and the patterns were as complex as ever.

Haider Ackermann did another strong wardrobe presentation. He eased off the satin, which was welcome, but otherwise stayed to his vision of decadent dandyism. Lord Byron would love these clothes.

From the smaller brands, Forme d’Expression was a sleeper hit. Maybe I am already subconsciously looking ahead to a time when I trade in my leathers for tailoring, but I found Koeun Park’s collection impeccable, in both the cuts and especially the fabrics, which were luxurious and understated, something you simply wanted to pet.

The Japanese brand Devoa was another favorite. Again, it was grown up and confident, without any juvenile drama. By the way, if you are looking for a shearling jacket next year, look no further. There were also some gems at Lumen et Umbra, especially an open cardigan in their signature twisted fabric.

Overall, I must say that I expected more from this Fall/Winter season. Maybe it’s the absence of Ann Demeulemeester that has dampened my mood. Or maybe it’s walking the streets of Marais looking at dozens of showrooms that have sprang up to cater to the goth aesthetic. It’s starting to look like goth central during the men’s fashion week. But much of it strikes me as contrived bandwagoneering and leaves me cold like the New York winter that welcomed me last night.