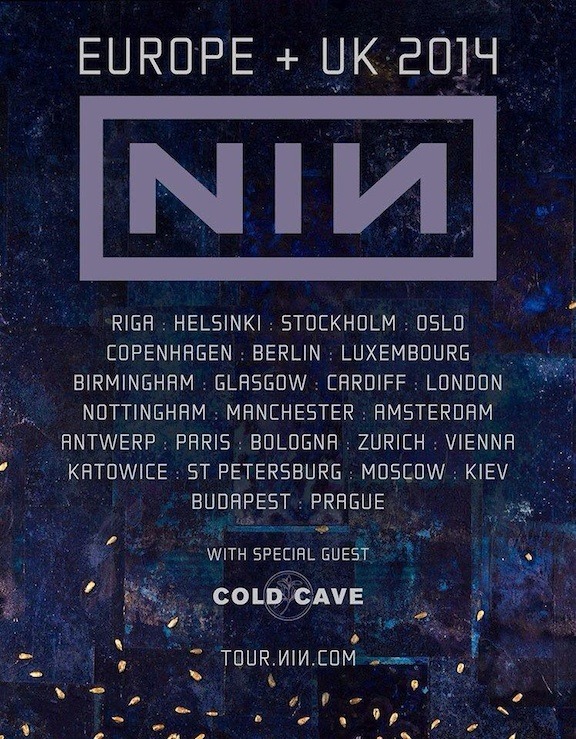 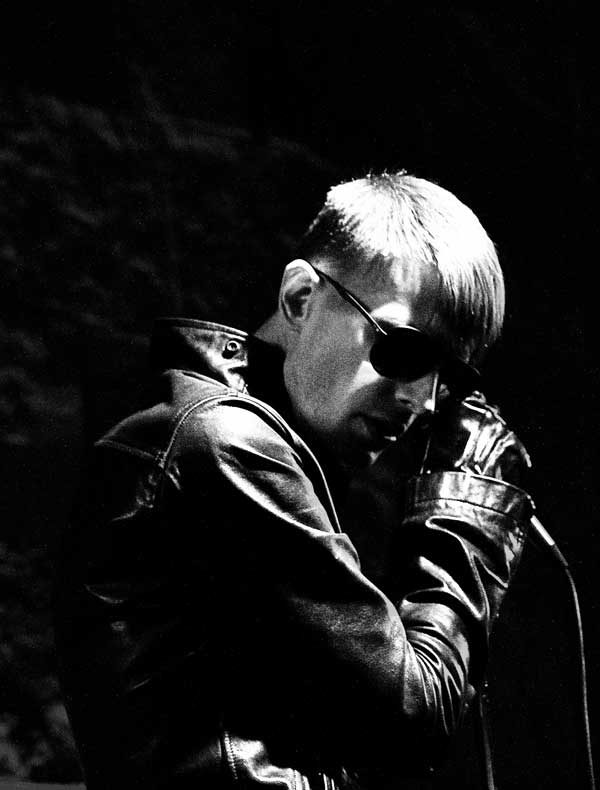 I sent an email to congratulate Eisold on his recent achievements and it turned into an ongoing conversation. As he embarks on the Hesitation Marks tour next month, Eisold shared some of his thoughts with StyleZeitgeist, and has graciously put together a mix of his music for us.

Q: How did you get into making music?

A: The first tape I had was The Beatles- Magical Mystery Tour. The world started to open up then. My version of allowance as a kid was getting cassettes after doing chores and housework. I wouldn’t say I came from a particularly musical family, but my family certainly respected and understood my passion for music.

I grew up on Military Bases, moving every year or two. Music and headphones became my stable endless world throughout so many transitions. I felt I could relate to what these musicians were singing about more than I could to anyone in my daily life. Like religion or drugs, it became my crutch. I gravitated toward underground music in the late 80’s and early 90’s and started collecting and listening to as much as I could and going to shows and concerts whenever possible. I started playing music in my early teens with friends. Nothing serious at all, just venting really.
Later in my teens I started a hardcore band called American Nightmare and did a few other bands as well. It wasn’t really until 2007 that I decided to make my own music, to not just sing on music other’s had written. I had very rudimentary skills in terms of playing music but was able to make exactly what I wanted to hear. That’s how Cold Cave began.

Q: What are some of your influences?

A: Musically I gravitated toward people like Morrissey, Ian Curtis and Robert Smith. Those were the biggest three for me. They sang about how I felt. I always loved lyricists who created their own worlds. I felt really dissatisfied, to say the least, with the world and body I was brought into. For the same reason, the consciousness, bluntness and honesty of punk and hardcore spoke to me. I’m drawn to emotional art. Authors like Céline and Genet were really influential to me. The poetry of Robert Bly has had a major impact on me as well. Then there are the designers that I like that did the same… Carol Christian Poell, Ann Demeulemeester, and Rick Owens as examples.

Q: You have previously said that you did not set out to make electronic music but you did it because it allowed you for complete creative control.

A: I was born with one hand so the instruments I can actually really play are limited in a way. I started making electronic music simply because I could. Drum machines, pedals, synths and computers enabled me to write music without having it pass through someone else’s hands.

I loved a lot of electronic music but that had less of an influence on me making it than did necessity. When I started this, people judged me for making punk music in the past and then Cold Cave, but to me there was never a question of sincerity in what i was doing. In fact it was about survivalism.

Of course the trendiness of electronic music comes in waves in the underground. Everyone had a noise project, then a black metal project, then a hardcore band, and now an electronic project. I never felt I was a part of this and still feel I have little in common with any scene. I’m just me and this music wouldn’t even exist if I had been born different. It’s something I still am coming to terms with off an on. This past weekend I spoke at the Children’s Hospital in LA to kids who were born with similar situations. I got asked if it gets easier, feeling this way. I had to say it does.

Q: You not only make the music yourself but create a complete aesthetic universe, including album artwork, website, and so on.

A: It’s my hope that Cold Cave will accurately depict my life and how I fit in to this world, what it did and didn’t mean to me. Every choice is a variation of this theme. There are definitely militaristic themes in the cleanliness of the aesthetic, but with the underside of disorder.

I want beauty in all that I do because that’s not what I see or how I feel, but is ultimately what I want. I make music when I have something to say. I rarely see any grey areas in the world so most of my releases are black and white. I see glimpses of color and when that translates to my songs, I add color to the record sleeves. The aesthetic is just my way of being realistic with my music.

Q: How does fashion and style fit in with the rest of your world?

To me fashion and clothing are a second skin in real time. A skin you get to choose. I didn’t choose my body or to be different but I did struggle with it for most of my life, and having the choice of second skin is one I enjoy having. Just like listening to music that makes me feel better, I like the style and design of clothes that also make me feel better. By ‘better’, I mean in tune with myself, more complete.

Q: How did you end up working with Trent Reznor?

A: He asked me to remix a song of his for Hesitation Marks and then shortly after asked Cold Cave to support Nine Inch Nails on their upcoming European/UK tour. He’s a perfect and rare example of someone who has successfully created and defined their own world through music, design, aesthetic and just keeps taking it even further. That is inspiring to me and I’m happy to be involved.