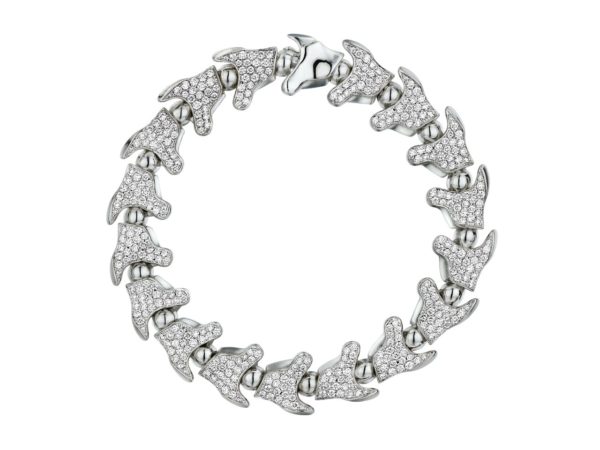 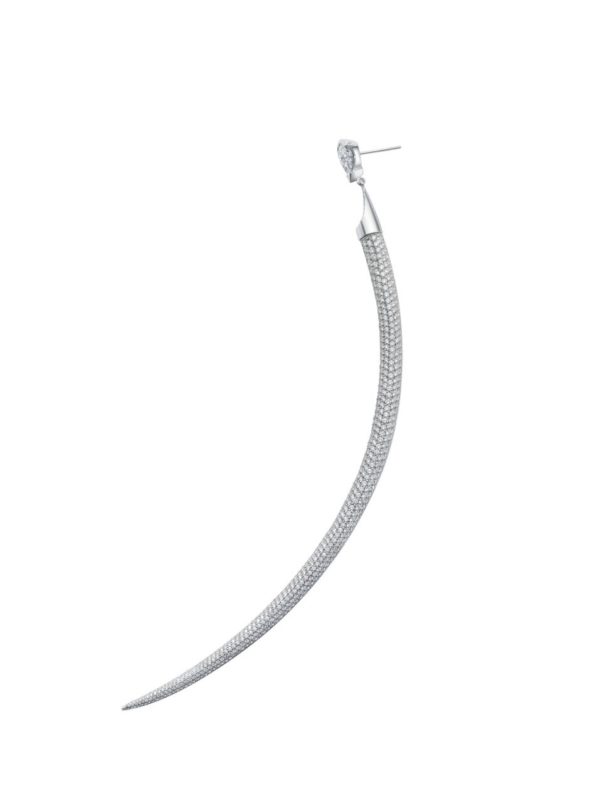 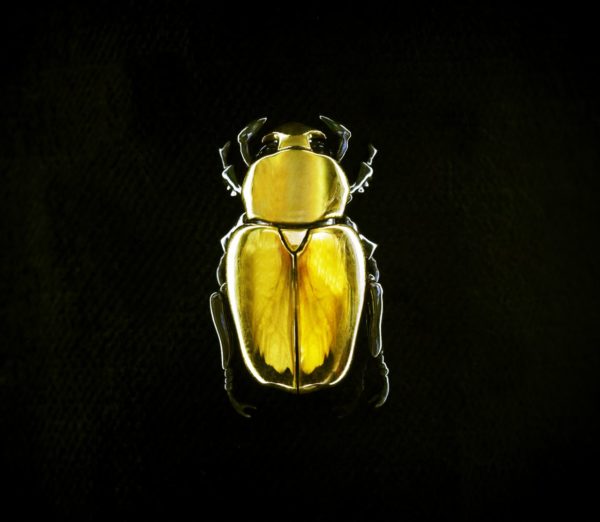 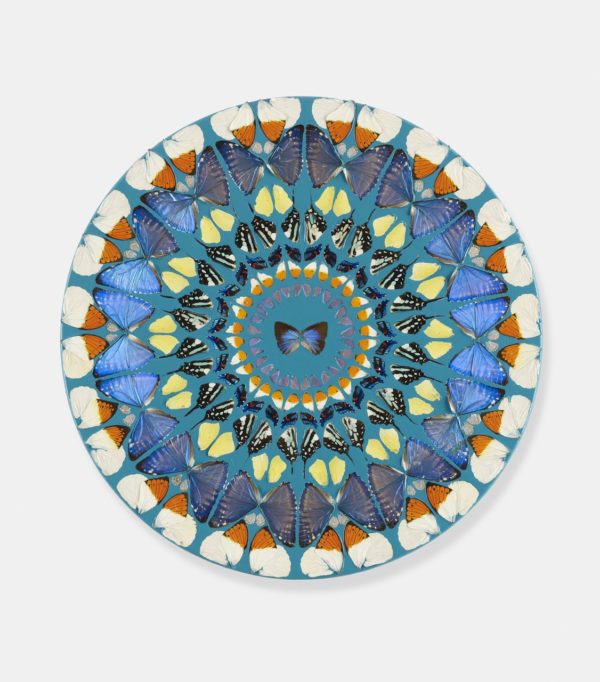 The latest edition of SHOWstudio’s gallery/shop SHOWcabinet, curated by jeweler extraordinaire Shaun Leane, is reminiscent of another cabinet of curiosities currently on display in London: Growth and Form, an early work by Richard Hamilton showing as part of his major retrospective in the Tate Modern.

The latter contains a skull and a spine of unidentified large animals, a few eggs, rocks and crystals, alongside manmade grid-based structures and photographs. Leane’s SHOWcabinet comprises a piece of barely crystallised raw emerald from a Zambian mine, a board of mounted tropical beetles, paper cut flowers under glass domes and a live snake, as well as sculptures and photographs by various artists including Damien Hirst; not to mention eight artifacts specially created for the exhibition by Leane himself: a 22 ct gold beetle brooch, a diamond bracelet inspired by a serpent’s spine, cuffs in the shape of cherry blossoms, Macaw feather earrings, and so on.

Like Hamilton, Leane appears to be greatly influenced by Surrealism, with its preoccupation with the relationship between the organic and the inorganic, structure and chaos, and its tendency to draw on nature’s ethereality and, ultimately, deathliness. However, when questioned about his relationship to mid-century Surrealists such as Meret Oppenheim and Elsa Schiaparelli, he looks surprised: “No, I’ve never knowingly referenced them. To be honest, I do not look at the work of other artists a lot – I don’t want to dilute my perception. I am more interested in nature.” He proceeds to point out how the Serpent’s Trace bracelet mirrors the movements of the snake snug in the glass box on the bottom shelf.

Nevertheless, Leane’s edition of SHOWcabinet – effectively a giant moodboard featuring his inspirations alongside his finished works – showcases art and craft objects as well as natural phenomena that influenced his work.

There is an unsettlingly gigantic antique Japanese wedding kimono from the archives of Daphne Guinness – its fine embroidery represents high levels of craftsmanship, a crucial notion for Leane. There is a light sculpture by Korean artist Ahn Chulhyun, whose clever optical manipulations relate to the light-transforming capacities of the facets of Leane’s Aurora ring (the name and the design are a reference to Aurora Borealis). There are flower sculptures by Su Blackwell, a feathered headpiece by Philip Treacy (reference for Leane’s feather earrings) and a psychedelic artwork by Damien Hirst featuring a mandala of butterflies (reference for Leane’s butterfly brooch).

Although all of Leane’s pieces exhibited in SHOWcabinet were specially made for the event, the exhibition almost feels like a retrospective: these works sum up his aesthetic perfectly, highlighting his fascination with organic forms, and thus will look familiar to connoisseurs of his oeuvre. Two of the pieces on display are likely to be recognized by the wider fashion public, too: a replica of his iconic Diamond Tusk Earring and the coil necklace that appeared in Alexander McQueen’s 1994 and 2000 catwalk shows, respectively.

“Our work is about capturing fleeting moments of natural beauty in materials that last forever,” Leane sums up, using ‘we’ for everyone in the London-based House of Shaun Leane. In a bizarre way this statement echoes that of Nick Knight, who noted in his welcome speech preceding the opening of the exhibition: “SHOWstudio is about capturing the process of creativity, reflecting on the references and thought processes it involves.” Framing a static fragment of a dynamic substance is, of course, another perfectly Surrealist endeavor, even if it is not acknowledged as such by the perpetrators.