Bound by Night by Elegance Bratton 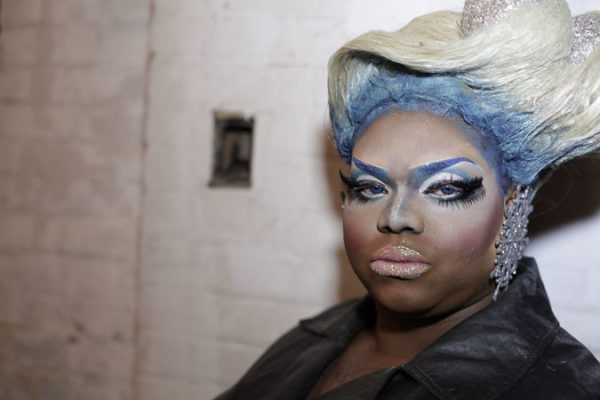 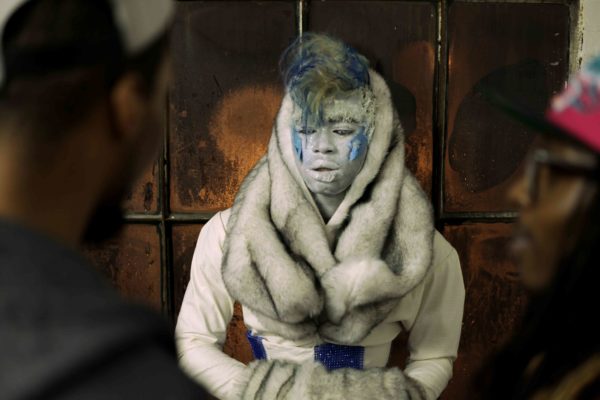 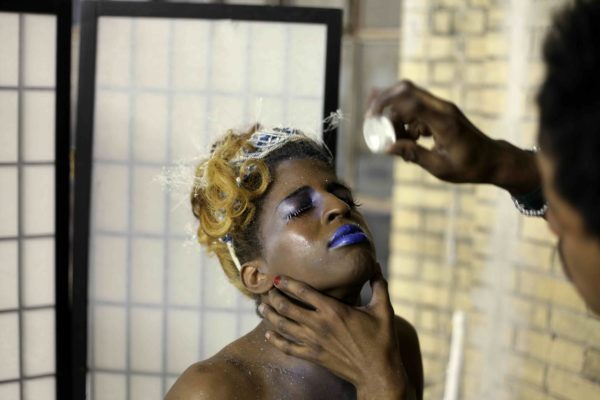 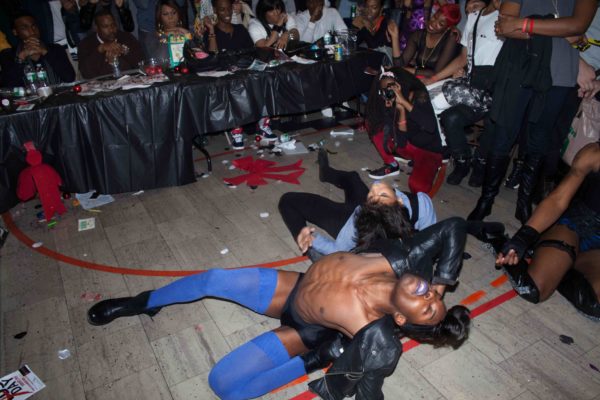 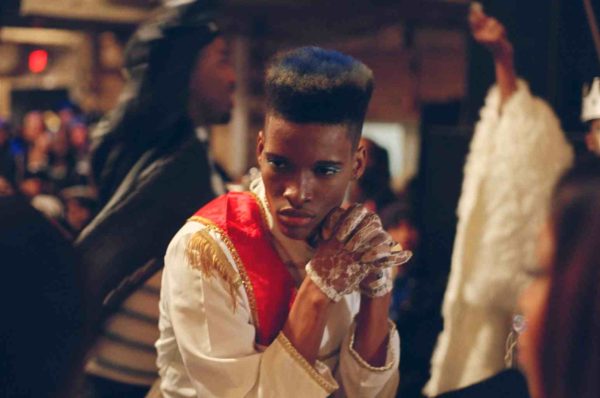 The New York Times headline caught my eye: “Michael Alig, the Former King of the Club Kids, After Prison.”

That news article and an inconspicuous plaque bolted on the wall outside the Cheim & Reid gallery on far West 25th street that I had somehow never noticed before got me thinking again about a little, but powerful photobook titled “Bound by Night” by Elegance Bratton and published, as his wont, singlehandedly, by Steve Terry and his Wild Life Press, who we have covered before.

The text on the plaque is from Jenny Holzer’s Survival series and reads:

When there’s no safe place

to sleep, you’re tired from

walking all day and exhausted

from the night because it’s

twice as dangerous then.

The news article reported on the release in May from a New York prison of Michael Alig. “Before he was sentenced to 10 to 20 years in 1997 after pleading guilty to manslaughter, Mr. Alig was a cult hero to a misfit band of partygoers — closeted teenagers, drag queens, performance artists, trust-fund brats — who called themselves the Club Kids.”

Michael Alig.  Club Kids.  It rang familiar.  The Club Kids were the subject matter of Terry’s last photobook we reviewed, “Fabulosity.”  (As it turns out, upon his release Alig will be staying with Ernie Glam, who penned the great foreword and remembrance to that book)

As background, the article touched on the significance of the Club Kids and the role Alig played.  “Victor P. Corona, a sociology professor at the Fashion Institute of Technology, said that Mr. Alig is a bona fide fashion icon, one who paid his debt to society and made a lasting contribution to culture. In a planned book, ‘Downtown Superstars: Inside Three Generations of New York Fame,’ he makes the case that Mr. Alig is a bridge between Andy Warhol’s Factory and Lady’s Gaga’s fashion and music.”

“’They are all interested in culture and theatricality and spectacle, in transsexuals and hustlers, misfits and freaks — people considered on the margins of society who come together and say we, too, can have a community,’ Mr. Corona said.”

The Times noted that Alig apparently received hundreds of letters from disaffected youth who recognized his relevance to their own lives.  “’Congrats on forever altering club life, attempting to reinforce self worth from demolishing conventional styles and attitudes,’ he quoted one gay teenager as writing.”

Holzer’s beleaguered and haunted text coupled with Corona’s insight – “we, too, can have a community” – dovetail with the photo story of the contemporary ballroom scene told in “Bound by Night.”

“They show a family bound by night — and not by blood,” writes Bratton in his foreword.  “The night provides concealment from the scrutiny of the daytime world.  Those featured in these images carry the night time with them wherever they go, because it is at night that they are validated by their community.”

The book has the intimate feel of a family album.  It’s cloth bound, fits in your hand at 5 x 7 inches and is shot in straightforward manner. Bratton’s photographs are, of course, good, but the snapshot aesthetic is determinedly concerned not with itself but on that which is being photographed.

The story begins with images of solitary souls on the West Side Highway as the sun sets beyond the Hudson River and quickly follows as they converge in bodegas and at park tables and in front of beauty shops (“Fantasy World” reads the sign above the window display of wigs) and into the night of gay sex clubs and on to its main subject, the contemporary House Ballroom scene, wherein magical nighttime transformations take place.

In typical Terry fashion, this project came about through patience and detective work:  “Like many people I became aware of Vogue culture by going clubbing in NYC many years ago and seeing people like Willie Ninja & Kevin Aviance at parties,” explained Terry.  “Then there is of course Paris is Burning – a documentary I still love watching to this day.”

“I had wanted to publish a book on Vogue culture for many years, but was waiting for the right opportunity. I made sure that on trips to New York I connected with people within the community and went to events. It was on a visit to Vogue Knights in the city that I encountered Elegance taking photos – we got chatting and I really liked where he was coming from in his documentation of the scene. It wasn’t straight up shooting and glamourising which is cool in itself – he was going deeper than that. His journey is into the heart of the community and understanding where these kids come from and why they get together and create these families.”

Bratton ends the excellent foreword that can easily serve as a condensed history of the East Coast House Ballroom scene as follows:

“To the Femme Queen, the outside world is beset by the risk of being discovered, clocked or spooked; being a woman of trans-experience means that each step, from her front door to the subway, is filled with anxiety.  A Butch Queen flirting with a guy who looks like Trade – but who is in fact a homophobic heterosexual – could find herself in a violent situation.  How does one know if another person is queer?  This ambiguity complicates relationships within the queer community.”

“The Ballroom scene eliminates the guesswork. Within the walls of the Ballroom we enter a space where queerness is assumed and heterosexuality is the deviation.  At night, the masculine features of the Femme Queen are diminished, and the Butch Queen can effectively blend in among straight men.  At night we are forgiven for romantic misadventures and allowed to costume. Most importantly, it is at night that we can be together.”