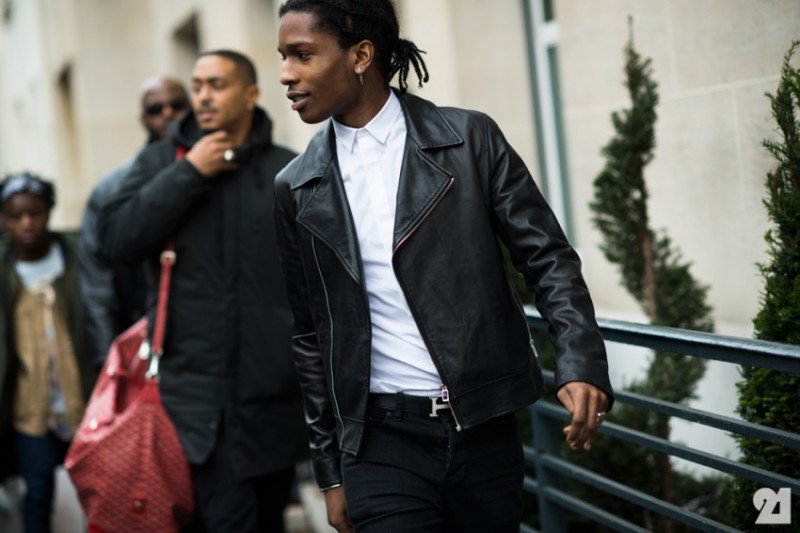 The history of rock-and-roll had always seemed inseparable from the history of style. Frank Zappa once pronounced, “No change in musical style will survive unless it is accompanied by a change in clothing style.” Until recently this rang true, from the neat suits of the early Beatles to Kurt Cobain’s dowdy cardigans. Rock stars were style stars. Their styles were disparate but they all exhibited a powerful sense of charisma, spawning countless imitators. Punk alone has been a lasting influence; witness the last year’s exhibit at the Costume Institute at the Metropolitan Museum of Art in New York.

But something happened during the last decade. With the rise of indie-rock, rock music has become diffused and tame. Hitherto, rock was the sound of rebellion, but all of a sudden there seemed nothing to rebel against. Hip-hop, on the other hand, still had the aggression of the ghetto, even though in substance it was very quickly moving into the mainstream. It had the energy that few contemporary rock acts could match. Rappers figured out the same thing that rockers figured out before them – rebellion is charisma.

Rock musicians of today are by and large a self-conscious breed. The feeling of grandeur, of exposing yourself emotionally, is largely gone. You can hear it in their music and you can see it in their dress. Rock star style died the day Franz Ferdinand donned Dior Homme suits. When you wear a garment traditionally reserved for the faceless agents of establishment, no amount of post-modernist irony – sartorial irony in this case – can save you, because at the end of the day irony is a defeatist attitude.

Last year, Hedi Slimane, now busy turning Saint-Laurent into another youth and rock-n-roll fantasy, tapped a bunch of rock stars, such as Courtney Love and Marilyn Manson, for his ads. The only problem was that every one of those musicians had peaked a decade ago and is not that culturally relevant to most young people today.

Hip-hop stars poured unto the breach left open by rockers in no time. Like it or not, today’s Iggy Pop and David Bowie are Kanye West and A$AP Rocky. If this sounds jarring, it’s because this is a fairly new phenomenon. But I know that when the fashion paparazzi prick up their ears before a fashion show, it’s a rap star making an entrance. These men travel to Paris to see men’s shows – which bespeaks a genuine interest in fashion as an expression of personal style – as opposed to the likes of Mick Jagger, who are dragged to women’s shows as arm candy for their girlfriends. And this January, it wasn’t a rock star I witnessed prowling the racks of the Rick Owens showroom in Paris – it was A$AP Rocky, accompanied by Michele Lamy, Owens’s wife. As we briefly chatted outside the showroom, the rapper seemed completely in his own element.

Contemporary hip-hop artists are no longer the arrivistes of fashion, clad from head to toe in Gucci monogram. Sure, there is still plenty of bling, but when A$AP Rocky raps about wearing Raf Simons and Rick Owens and Jay-Z name drops Maison Martin Margiela in his lyrics – they demand attention. The rapper’s uniform these days is a leather jacket – often by Rick Owens – slimmer jeans – often Balmain – and designer sneakers. In one of his videos Usher sports a black leather jacket by Boris Bidjan Saberi – it hardly gets more cognoscenti than that.

If Dior Homme was the weapon of choice for menswear in the last decade, today Kanye West is probably responsible for more Givenchy sales than anyone else, having famously worn it on stage time and again. Recently, the owner of Riccardi’s boutique in Boston told me that he cannot keep Givenchy t-shirts in stock. They have become so popular among young men that Givenchy now demands stores to buy only a certain amount of t-shirts in proportion to the runway offerings.

Undoubtedly, the above phenomenon is partly due to the erasure of the street-wear and designer fashion divide, increasing affluence of the Western society and the newly minted wealth of China. Today, kids still want their jeans and sneakers, but they want them from a high fashion designer and they are willing to pay the price. Chet Dillon, a stylist who is friends with A$AP Rocky, told me, “The [street] style has not changed – it evolved, from Nike Air Force 1 and Nudies to Rick Owens dunks and DRKSDHW jeans.” And, with information traveling at the speed of light over the Internet, the kids in Beijing want the same things as the kids in New York.

This presents quite a conundrum for tony fashion labels that have to strike a fine balance in terms of their image. If Givenchy becomes known for peddling $700 t-shirts to teenagers who take their cues from Hypebeast and Complex magazine, do they risk alienating the ladies who lunch? Nevertheless, some enterprising businesses, like Mr. Porter are heeding the word. Last year they produced a shoppable photo feature A$AP Rocky on their site, with the rapper modeling garments by Ann Demeulemeester and Martin Margiela, among other brands.

What is even more interesting is not that rappers have become style icons, but that they have successfully incorporated and reinterpreted the rock aesthetic, not exactly favored by a typical luxury consumer. Rick Owens, Ann Demeuleemester, Raf Simons – traditionally, these designers have been associated with rock music in its different incarnations. Wearing their clothes takes a certain amount of swagger and most of today’s rock stars seem just too timid to rock it.

That is not to say that there are no more charismatic rockers today – but that they just don’t carry the cultural wattage of hip-hop artists. In terms of rock style, Marilyn Manson’s ‘98 lyrics about rock being deader than dead now look prophetic.