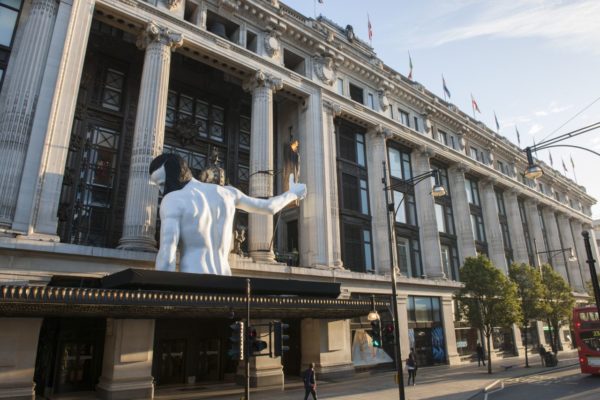 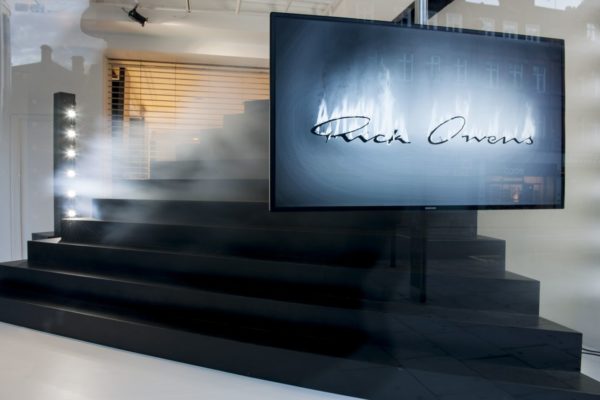 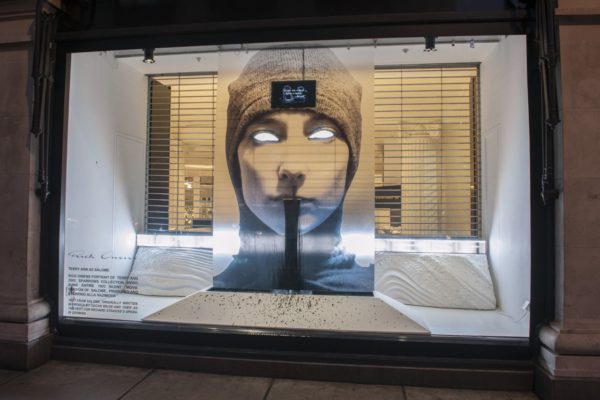 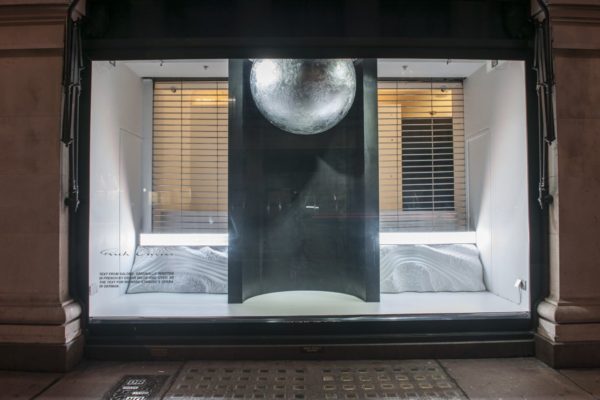 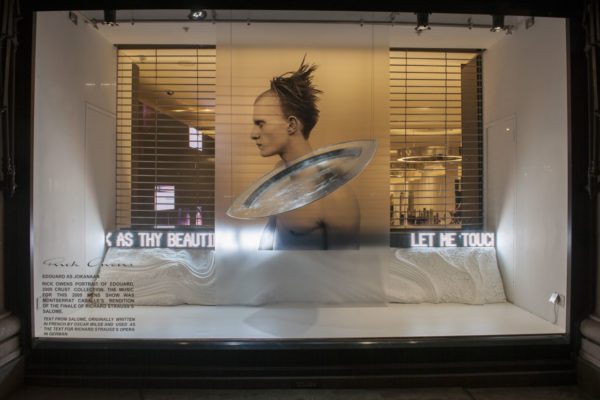 This comprises four conceptual window designs, inspired by Oscar Wilde’s “Salomé” – a theme chosen by Owens because it reflects his own dark and gender-bending aesthetics and as an homage to London; a 20-piece capsule collection designed for Selfridges (think black jerseys with a bright yellow patch featuring a printed silhouette of the aforementioned statue, a thin scarf with the same print, leather jackets, canvas totes and a spectacular nylon and polyurethane maxi dress); and, perhaps most interestingly, a concept store curated by the designer.

The selection is limited but wonderfully decadent. DVDs include Fritz Lang’s “Die Nibelungen”, a 1923 silent film adaptation of “Salomé” and the expressionist opera based on the ancient Greek tragedy “Elektra”; LPs, Klaus Nomi and Iggy Pop; books, a historical study of the French aristocrat, poet and dandy Comte Robert de Montesquiou, Paul Virilio’s “Bunker Archaeology” that considers the ontology of wartime architecture and a variety of rare art and photography albums (not to mention a Rizzoli tome simply titled “Rick Owens”; there is a book signing scheduled for 13th September); and other objects, Michele Lamy’s wooden “tomb bench” with antler-shaped backrests, art nouveau ceramics by Georges Hoentschel and exquisite silver and bronze tableware designed by maestro himself. The housewares selection also includes Owens’ favourite Diptyque candle – for no apparent reason I had spent months prior to the opening obsessively trying to guess what it would be. (Spoiler alert: it is, perhaps unsurprisingly, Myrrhe).

The most striking feature of the store, however, is not for sale: it is an installation by the veteran of sound and light art Ryoji Ikeda, featuring his signature strobe-lit sequences of geometric monochrome patterns accompanied by an equally abstract electronic soundtrack. Seeing avant-garde art in London’s most popular and frankly rather horrendous shopping street is nothing if not refreshing.