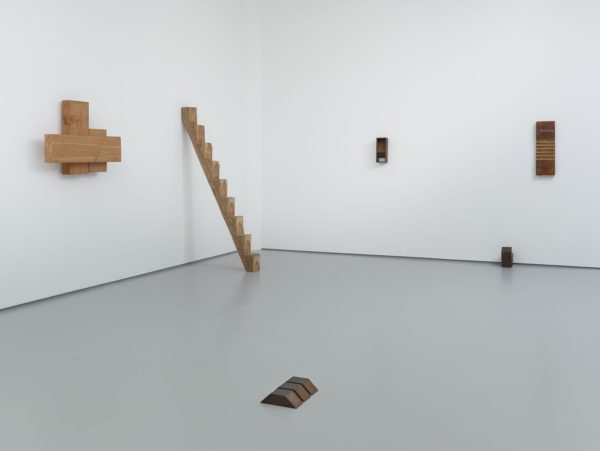 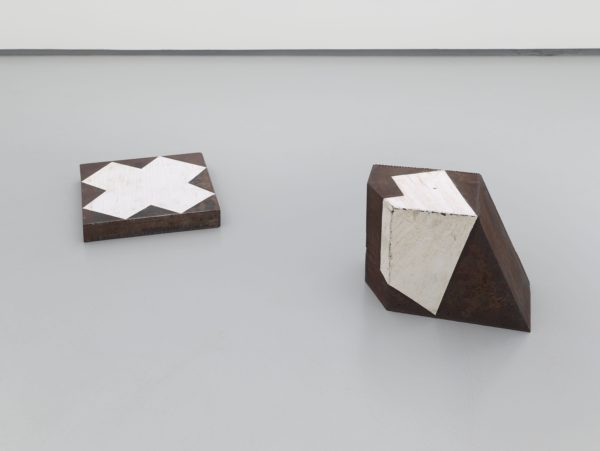 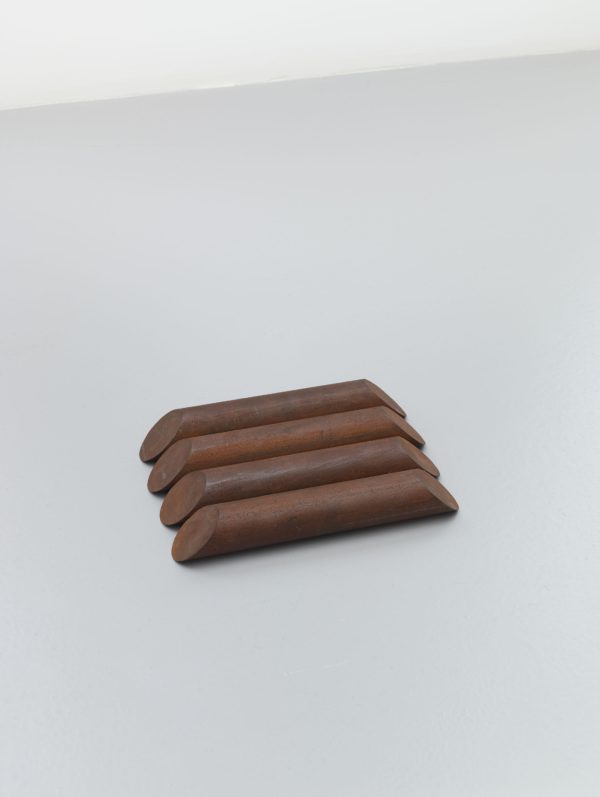 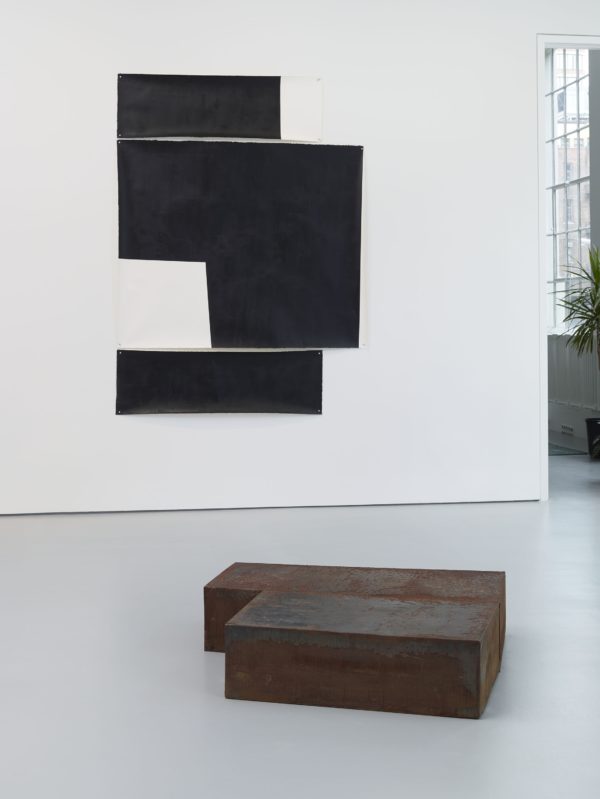 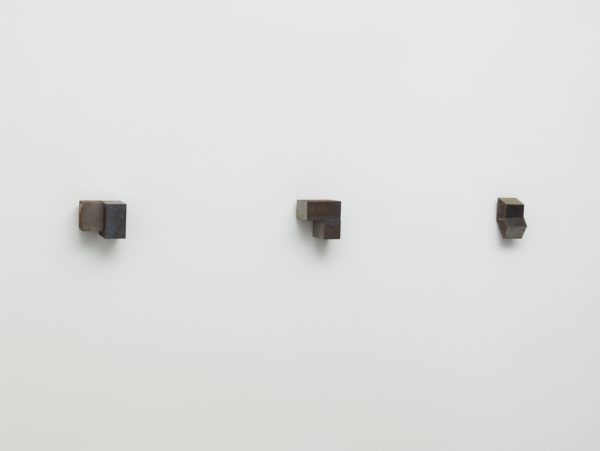 My first brush with the sculptures of Richard Nonas was actually a missed opportunity. James Fuentes mounted a solo exhibition of new and old work in the spring of 2013 but unfortunately by the time I became aware of it all I got to see was images after the fact on the web.

My next run-in and first in-the-flesh exposure to his work was serendipitous. I stumbled upon a mini solo show of small sculptures arranged on the floor along with some framed arrangements of butcher paper at Fergus McCaffrey at the Independent Art Fair this past Spring. It was heartbreaking to think that the installation would only last a few days: a seemingly haphazard scattering of small, dark angular sculptures on the floor felt like so much more. The placement of the sculptures felt right. It made sense. Why or how that was so, I had not the slightest clue (and still don’t).

Since then I have been eagerly looking forward to McCaffrey’s retrospective of Nonas’ work which is currently up in Chelsea. The sculptures on view range from small to large (well, large for Nonas is still small by present-day Chelsea standards), floor pieces, wall hangings/scultpures, wood beams, steel slabs and butcher paper. The colors and tones are natural and very warm. The only pop of color comes with a couple of painted steel panels propped against the upstairs wall.  The work on view spans from 1970 through today. Which is which is very difficult to say: Nonas’ voice is very consistent and steady.

The syntax is of minimalism but the minimalist tendency to be imposing and monolithic is absent. Much of Nonas’ work hugs the ground. Wall pieces are hung at eye-level and everything is legible, meaning you can stand there and figure out for yourself how the thing was put together and hung.

Even when a sculpture is serial in nature, close inspection often reveals discrepancies between each piece comprising the whole or that the whole is somehow off, for example, that what looks like nearly identical pieces marching in straight line across the gallery floor is actually crooked and veers off a bit. Some sculpture is even installed – and Nonas is particularly hands on when it comes to installation – bashfully under the staircase.

I can’t recall where I read it, but it is not farfetched to state that his ultimate material may actually be predetermined, existing empty spaces. That he works with space through the particular placement and pacing of these curious looking sculptures.

As he put it in some notebook writings from the early 80s, “What interests me now is a kind of interactive complexity; installation as combination of many complex objects and partial spaces cutting into and over each other, to make a whole too big to take in, but still whole; a whole that breaks down, but into different parts each time you look, each time you step back from this combination that you cannot, in fact, step back from – there being literally no edge to walk out from, no way to avoid being surrounded. And no way to see it all.”

The other thing worth knowing about Nonas is that he is an anthropologist by training who spent over a decade as a young professional in the field in Canada’s Yukon Territory and later in Mexico and the Sonoran Desert. He returned to New York in the late 60s and, as he as explained, accidentally became a sculptor, albeit one highly informed by his anthropological training and fieldwork.

“I ended up back in New York, teaching anthropology part-time at Queens College and writing a book about something that had fascinated me in those two years in Mexico: the extraordinary way those people conceived and perceived the world spatially, ways they situated themselves contextually that were unlike anything I knew in my own culture. I was writing about how we arrange the world in order to understand it. At that time I had a sled dog that I had brought back from sub-Arctic Canada and was spending an hour or two every day in the park with him. I found myself picking up pieces of wood and staring at them while the dog played. One day I held up two pieces of wood, pushed them together and, incredibly, they conveyed strong and specific emotion. It was identifiable emotion with no story, a disembodied emotion I could not fathom or explain. I felt like I had been hit on the head with a hammer. I realized all at once that it might be possible to communicate abstract emotion directly with objects, instead of indirectly with words. I started taking the wood home and moving it around.”

And he’s been at it ever since.