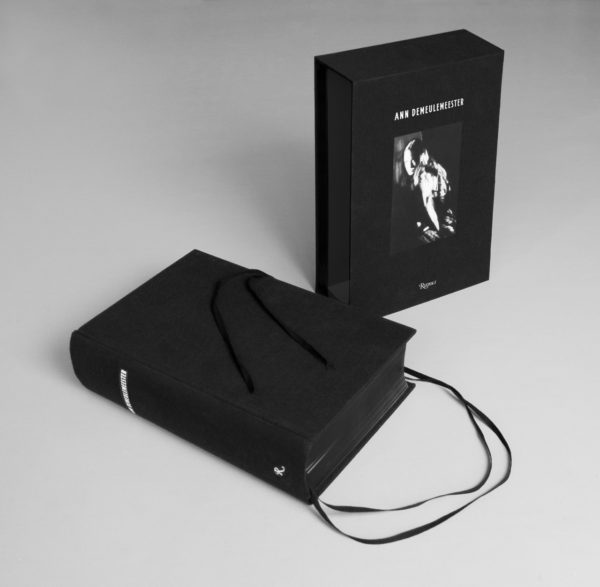 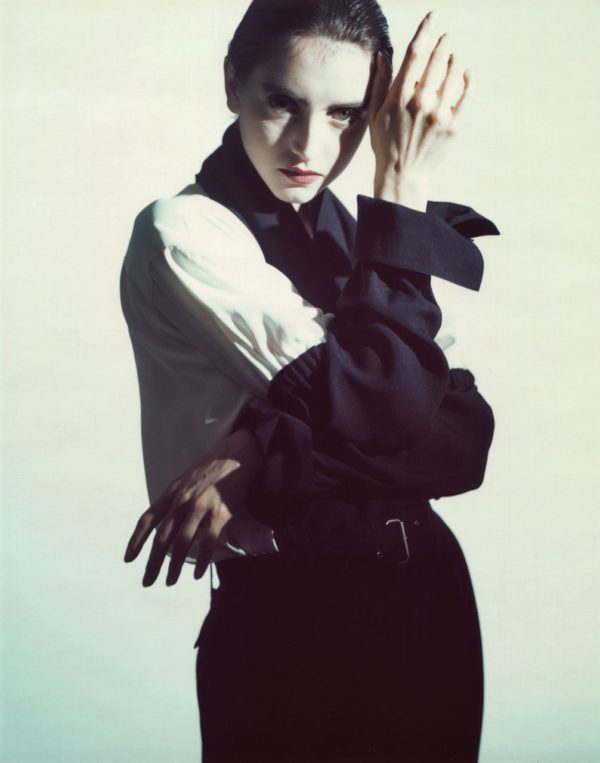 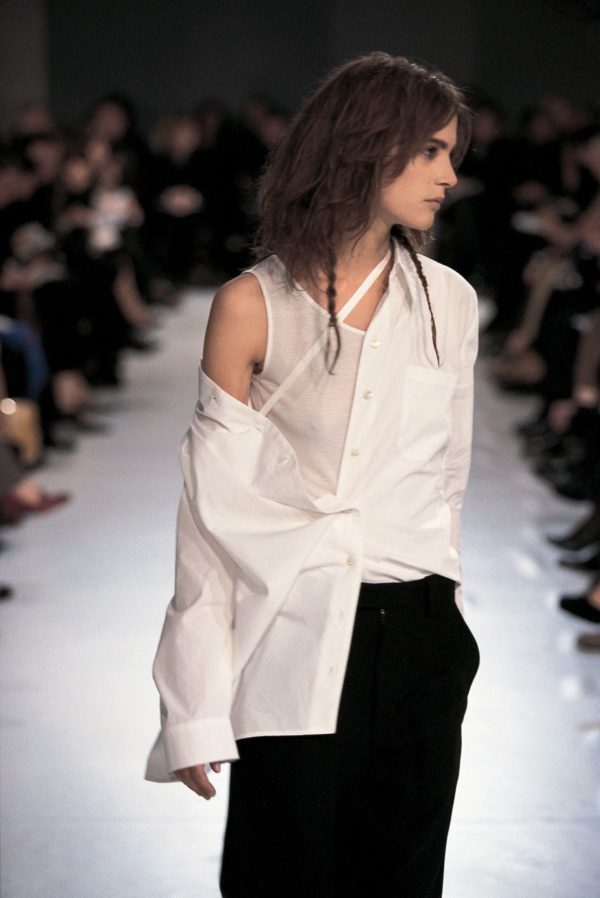 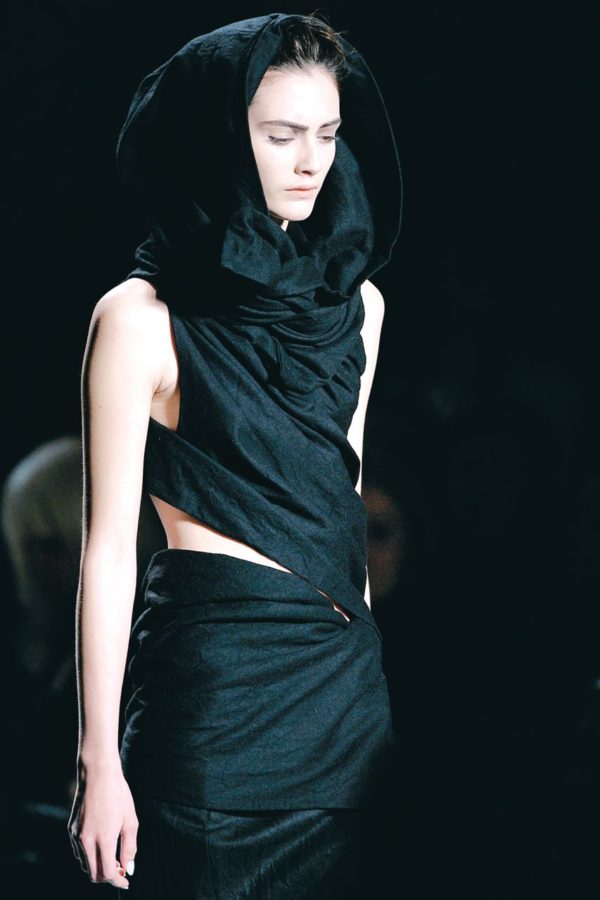 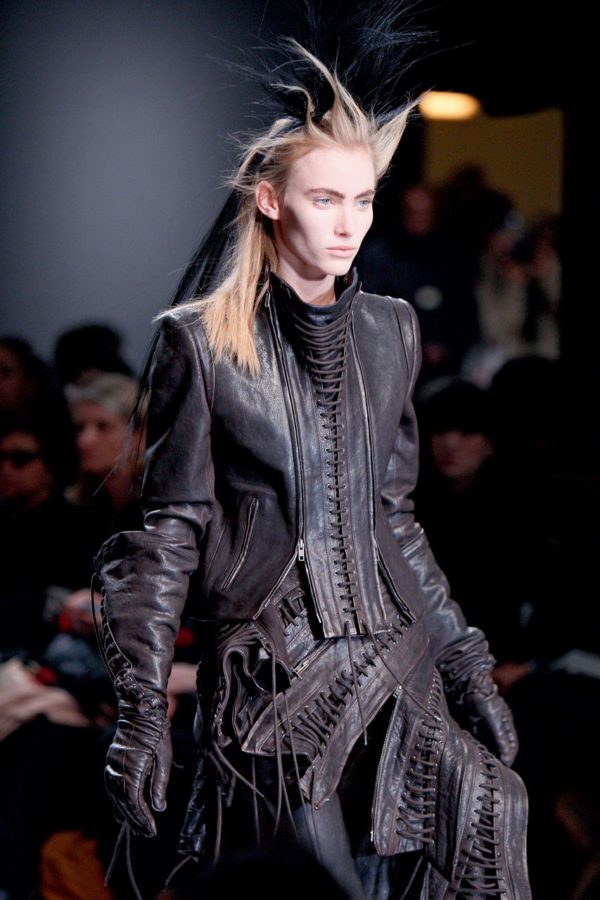 Today, the publisher Rizzoli released a long-awaited monograph on the Belgian fashion designer Ann Demeulemeester (Rizzoli, $100). The book is an exclamation point in the last sentence of Demeulemeester’s career, which is a long novel in itself.

When we met in Antwerp this April, Demeulemeester just sent off the final draft to the publisher, and she spoke of it as if it was the perfect closure to her body of work in fashion.

The book was a family affair. Demeulemeester’s husband, Patrick Robyn, is responsible for much of the early photography. Her son, Victor, helped her design and compile the volume.

The cloth-bound book is, obviously, black. It comes in a matching cloth-bound slipcase. Demeulemeester’s signature two thin long black tassels serve as bookmarks. It’s not a regular, large-format coffee table affair, but its thickness is the physical reminder of how rich Demeulemeester’s career in fashion had been.

As a matter of fact, if not for the thin paper stock, the two thousand-page tome might prove unwieldy.

The only text in the book is a short introduction titled “The Girl of Flanders” by the singer Patti Smith, who has been a close friend of Demeulemeester’s for years. Poetic, as usual, it begins with Demeulemeester discovering Smith’s album “Horses.”

She was passing by a record shop when she was struck by the image of young Smith in a plain white shirt. Years later, Demeulemeester plucked up the courage to send Smith a package with three of her own white shirts and their friendship was born.

Smith’s introduction continues with some biographical details, but more importantly in a few broad strokes it paints the raison d’etre of Demeulemeester’s work. It was not preoccupation with fashion that drew Demeulemeester to making it, but a deep-rooted interest in clothing as an expression of character.

(This has always been palpable in Demeulemeester’s designs, and was exactly what I sensed when I first encountered her clothes, without ever having seen her name before). She ends on a befitting note, “The girl of Flanders has walked her own path, in her own black boots.”

The rest of the book consists of images, over one thousand of them. They occupy the center of each page, with plenty of white space left around them. The first part is a treasure trove of early photography, virtually impossible to come by in the pre-Internet era. From these you can glean how early on some signature elements of Demeulemeester’s aesthetic were present – the predominately black and white palette, the use of feathers, Edwardian cuts, and those famous tassels.

The influence of menswear is immediately apparent, even though Demeulemeester would not present a men’s capsule until 1996. Another thing that is hard for us to grasp now is how utterly modern her work must have felt in the late 80s and the early 90s.

The images continue onto those of the runway shows, starting with the first one presented in Paris in 1992. There are no breaks of any kind to separate one collection from the next (you can refer to the index in the back), which is a clear gesture that for Demeulemeester her work has been one continuous book undivided into chapters.