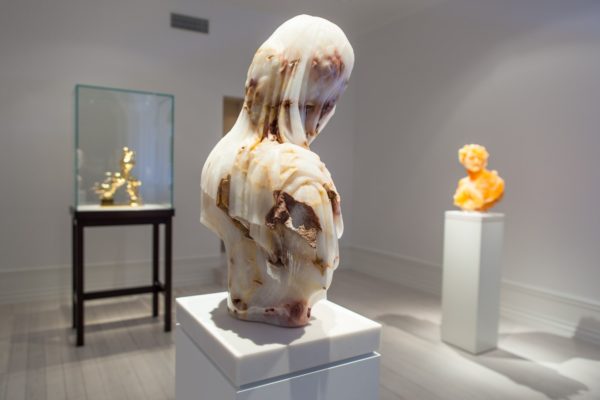 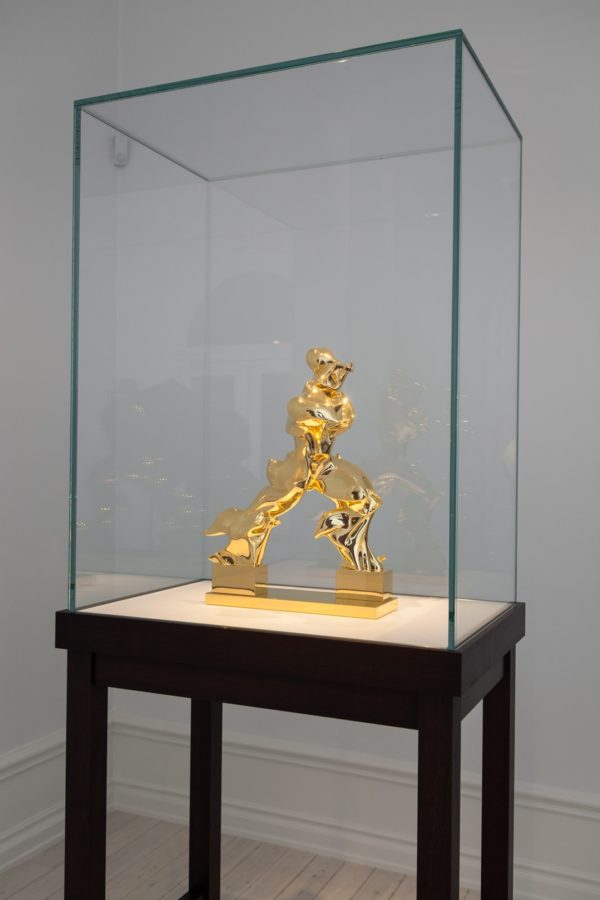 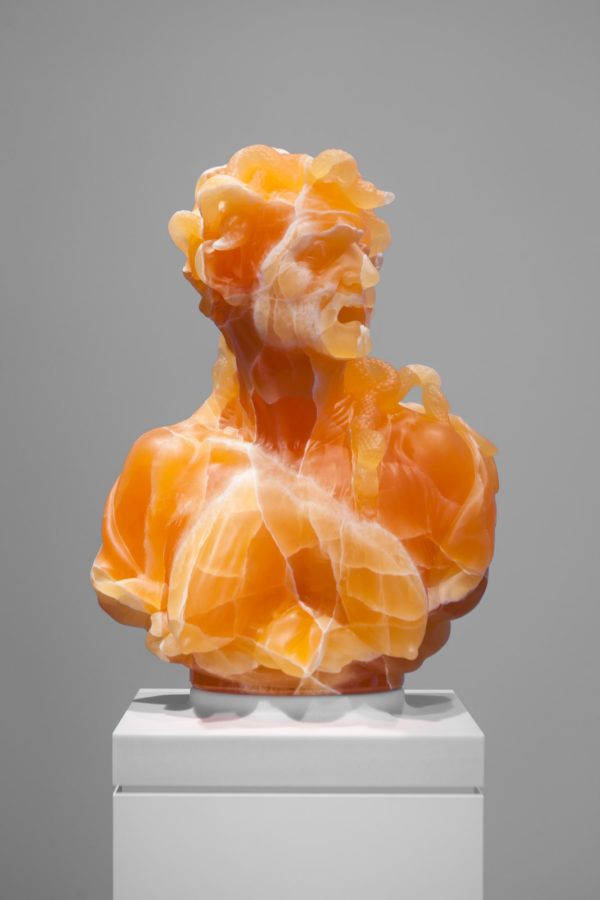 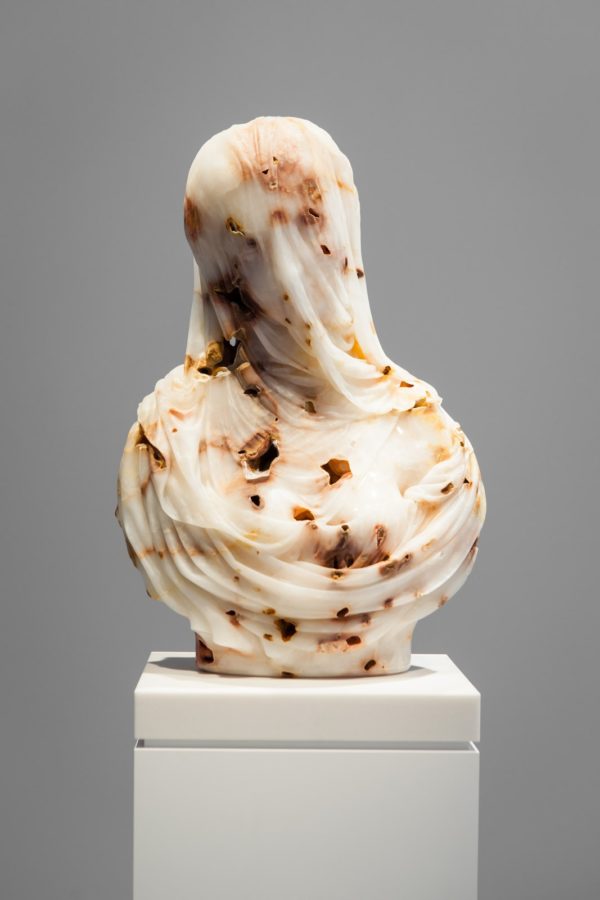 An exhibition of work by the sculptor Barry X Ball opens today in Stockholm at McCabe Fine Art, serendipitously for us as we are currently preparing a lengthy profile of the artist based on a recent studio visit to be published soon.

The last time Ball showed in Sweden was in 1993, so the McCabe Fine Art exhibition is an opportunity for Ball’s fans to access his work in person and for the minting of new fans among those new to Ball’s work. And access in person you should if you can.

Three sculptures by Ball are presented and, for Ball, three sculptures is practically an entire year’s worth of work: Ball’s work is meticulously planned out and laboriously hand-worked. Two of the works, Purity and Envy, spring from Italian Baroque masterpieces by Antonio Corradini and Giusto Le Court, respectively.

In making these pieces, as has been his method for the some time now, Ball first digitally scans the original sculptures on site.  In the case of Purity and Envy, that meant in Venice.  After the on-site scans are complete, his studio practice commences with digital refinement of those scans and, since these sculptures were not necessarily finished in-the-roud (why finish the back if it will never be seen in a church nook?), Ball takes that next step to reimagine and “complete” them all-over.  At this stage, Ball also begins to add his personal, contemporary voice to the work.  For example, in Purity, the Christian references were taken away, the breasts enlarged to heighten the sensual-spiritual tension and the veil somehow made more precise yet ghostly.

These authorial touches are then fed into a sophisticated computerized milling machine which carves the sculpture out of stone hand-selected by Ball.  The — to Ball — still rough shape is then labored over by hand with traditional tools to, one, work out the areas the machine is not able to get to to carve (for example. backs of ears) and, two, to detail and polish the surface until Ball deems the work to be complete and alive with light.

It is in this way that the historical sculpture is sourced and built up by Ball into his own sculptures that push and extend those references into still recognizable but utterly new works.

The third sculpture, Perfect Forms, the newest work in the show, is a thorough re-imagining of the work of another Italian artist: Umberto Boccioni’s bronze ‘Unique Forms of Continuity in Space’ in the collection of the Museum of Modern Art, New York.”

As Ball had explained to me, we forget that the Boccioni’s we are familiar with are in fact posthumous casts and, it takes a critical, incisive but loving eye like Ball’s to say it, perhaps not ones that live up to Boccioni’s artistic ideals and original intentions.

As the gallery explains it, “Ball’s homage to Boccioni’s figure is completely resculpted, with hyper-refined edges, smoothly sweeping curves and the precision of a car body. Its highly polished gold finish sets it apart from the rough-hewn bronze original posthumously cast from a plaster sketch.”

The conceptual difficulty for a contemporary viewer first encountering Ball’s work, particularly when confronted with all the talk of 3D digital scanning, computerized milling and recognizable historical source material, is overcoming the initial conclusion that it’s all just a clever a copy: expensive renditions of old, known work available (again) through the clever use of today’s cutting edge technologies.

This conclusion, however, is not sound. Its main fallacy rests on a misunderstanding, a misplaced faith really, of just what 3D scanning and printing are actually capable of accomplishing. 3D tech has an aura of push-button ease about it – hit print, walk away, return some time later to finished product – that could not be further from the truth.

It bears re-emphasizing that Ball and his team of dedicated studio artisans spend hundreds if not thousands of hours hand finishing, giving existence to really, each sculpture.

In terms of claims of artistic originality, Ball has provided a written response to a question from a “collector who was particularly interested in where I thought my new sculptures stand in relationship to ‘Appropriation’ and what makes my works more than ‘copies’” that can be read here.

And while the background and context within which these works were created is important to appreciating them, Ball is correct in insisting that the ideas and labor behind the works is evident from looking at the works themselves.  Seeing is believing in this regard.  Or, in other words, even if you cannot put your finger on the exact reasons why the sculptures make you feel as they do, it does not matter too much because the otherworldly magic of these sculptures as objects-in-the-world is bared for all to see.

All images courtesy of the artist and gallery. Photographed by Patrik Lindqvist.