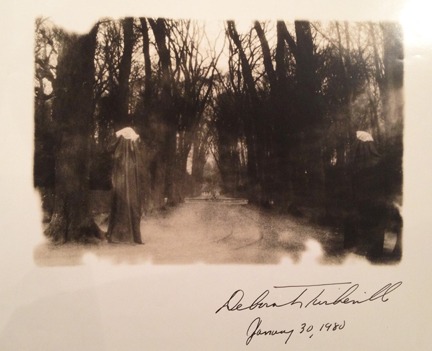 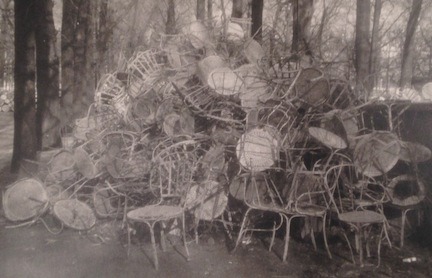 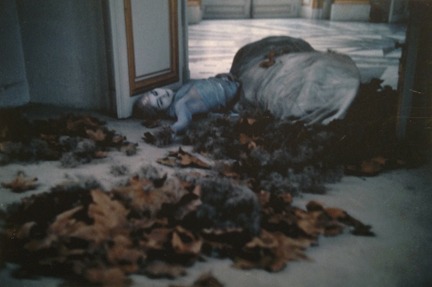 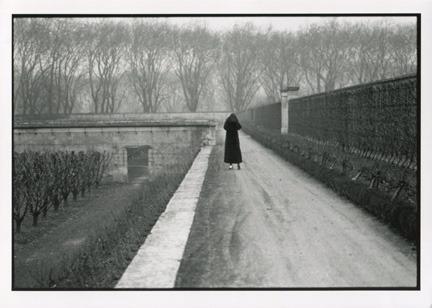 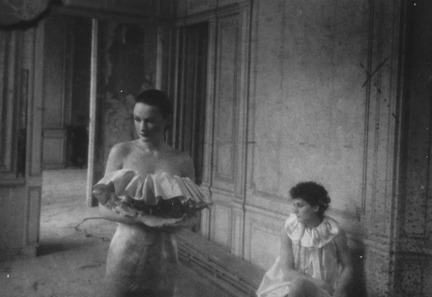 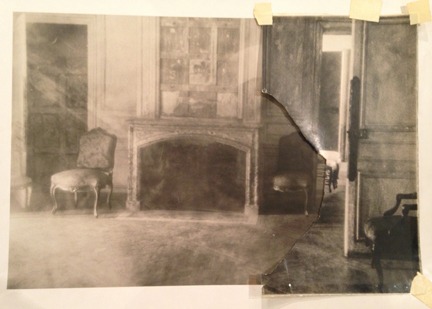 I had forgotten that Doubleday editor Jacqueline Kennedy Onassis originally commissioned the photographs from Unseen Versailles by the late Deborah Turbeville that are on view at Staley Wise in 1981.  The mind at first could not, perhaps did not, want to reconcile the withdrawn, intimate vision that is Turbeville’s with the stately, public and, one imagines, rigid New York of Kennedy Onassis.

Rather, whether she enjoyed it or not, Turbeville was adept at slipping between private reverie and the societal demands that would seemingly be hostile to a vision as personal as hers.

“Though images like Ms. Turbeville’s — which might include pale, haunted-eyed models in derelict buildings — are practically de rigueur in fashion photography today, they were almost beyond contemplation when she began her work in the early 1970s. She was the only woman, and the only American, in the triumvirate (the others were Helmut Newton and Guy Bourdin) that by wide critical consensus changed fashion photography from sedate to shocking.”

“Her photographs appeared in magazines like Vogue, Harper’s Bazaar and Mirabella; in newspapers including The New York Times; in advertisements for clients like Ralph Lauren, Bruno Magli, Nike, Macy’s and Bloomingdale’s; in exhibitions worldwide; and in books, including ‘Unseen Versailles’ (1981), a collection of her photos of the hidden, dusty spaces underpinning Louis XIV’s grand palace.”

The revelatory aspect of this show – and it is becoming a trope of contemporary journalism – was seeing the actual prints and seeing them together (rather than single prints here, there).  The range of textures, grains, papers, colors, print sizes, the just-barely differing shots of the same subject and the installation, photos framed in carved wood, bent rusty steel, pinned straight to walls, edges curling, and some even scrawled on in her distinctive cursive script, made visible the restlessness of Turbeveille’s mind and eye and hand.  The works hung together enact a drama in as much as each image does.

One could go on but I have the lazy privilege of referring to you Eugene Rabkin’s profile of Turbeville in these pages when he visited her in Manhattan apartment where “she left generations of old paint unstripped, speckled mirrors unsilvered, threadbare tapestry unrestored and tattered curtains unmended.”

All Images copyrighted and courtesy of the artist and Staley Wise. Click on any image to enlarge.