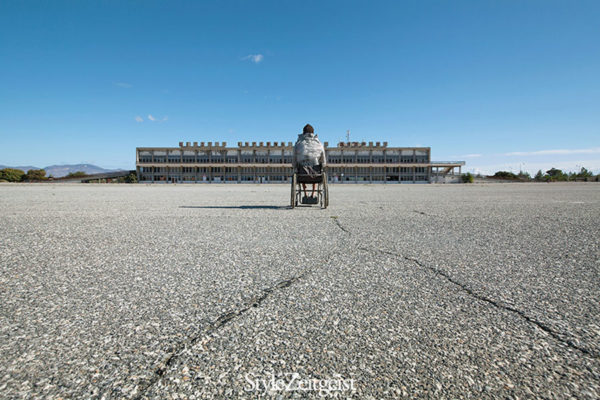 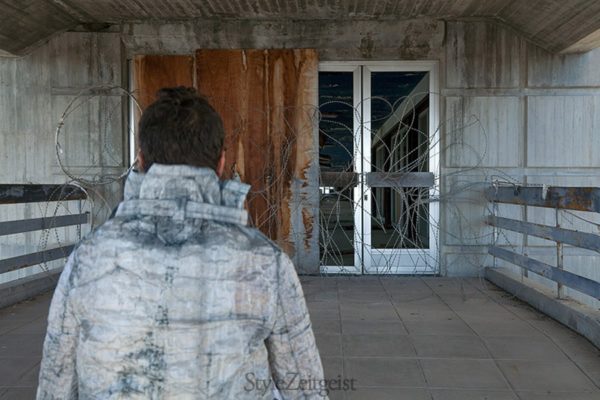 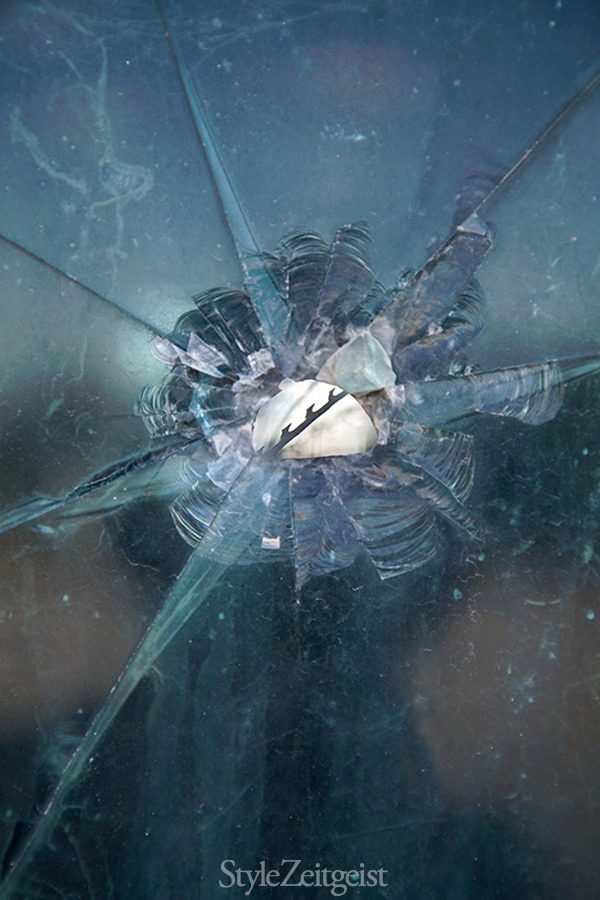 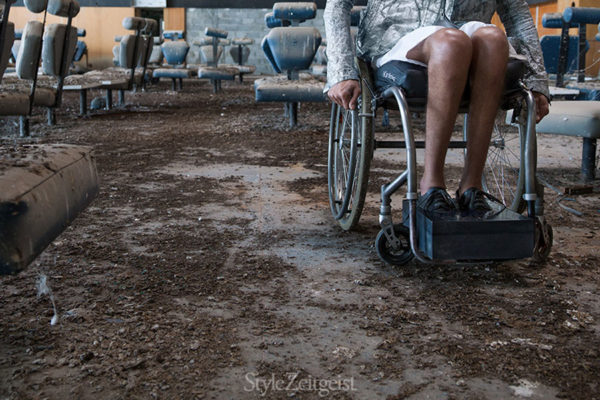 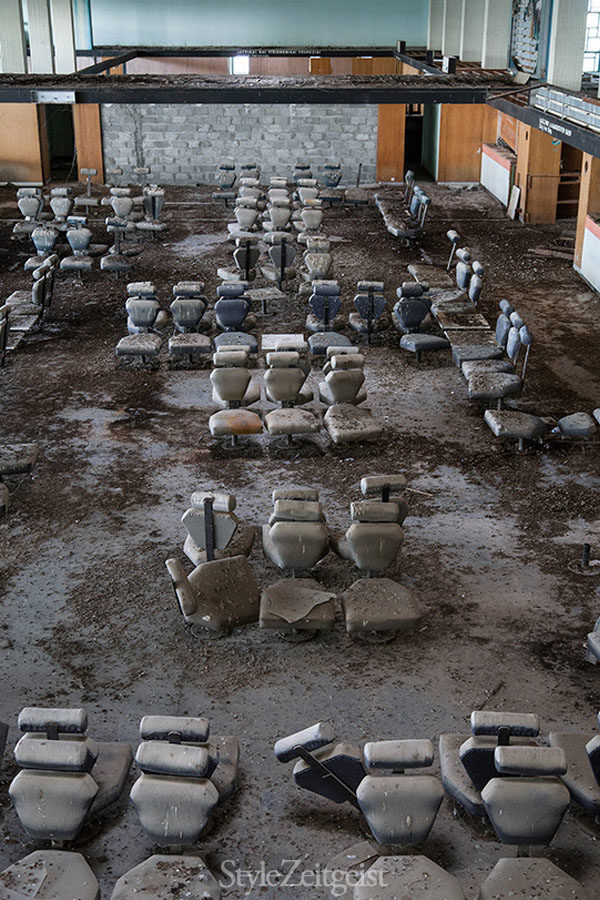 Barth managed to get a permit from the UN troops that control the Green Line to get into the now abandoned Nicosia International Airport with a small support team. Her model, Charis Theocharus, was a paraplegic athlete. Though the control tower and other interiors of the airport are off limits, Barth’s team managed to sneak in to take some images while their UN escort went on a lunch break.

The result was a video and a series of photos shot by Barth that dwell on the theme of transgression, as reflected by the project’s title.

The forbidden zone, the abandoned airport that was the pride of the small country when it was built, the model that can only move in a wheel chair, and the clothes – the light reflecting suit, the noisy rip-stop jacket, and the shoes that have no function, being completely immersed in a block of rubber – all these elements come together in photos that for all the brightness of Cyprian sun are utterly dark. They are forlorn and full of ennui and regret for what men do to each other.