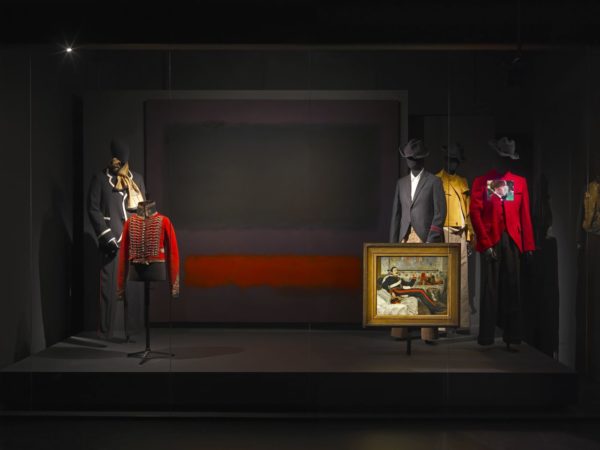 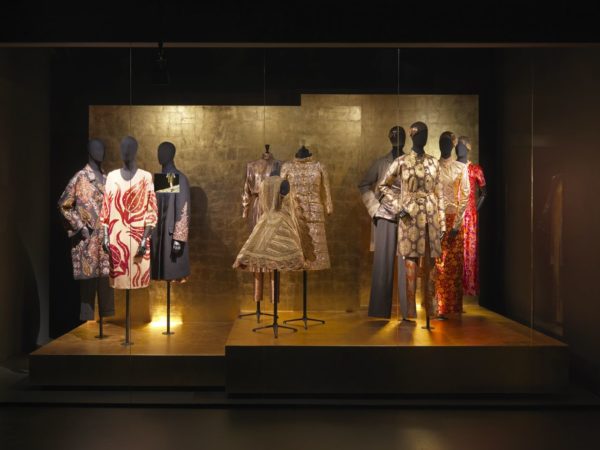 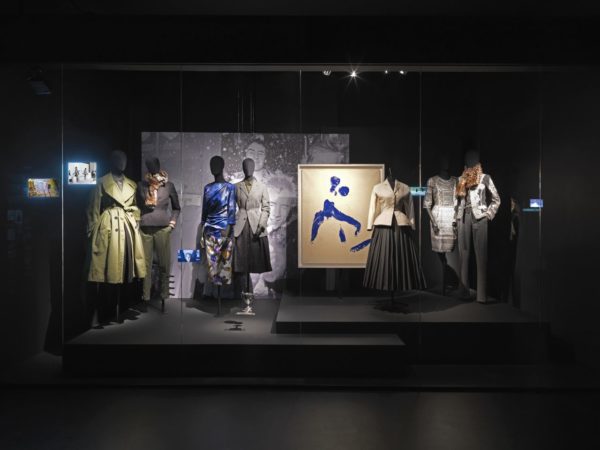 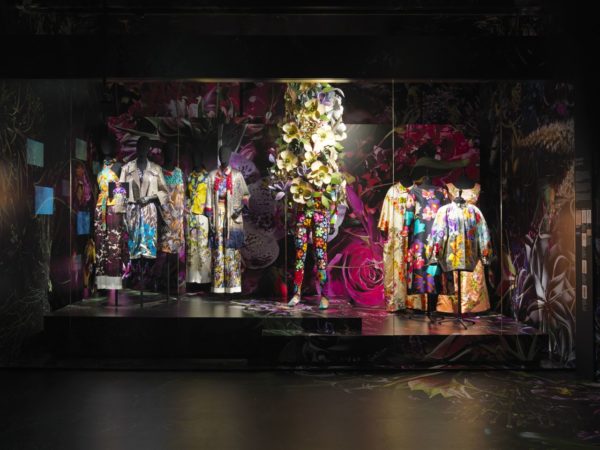 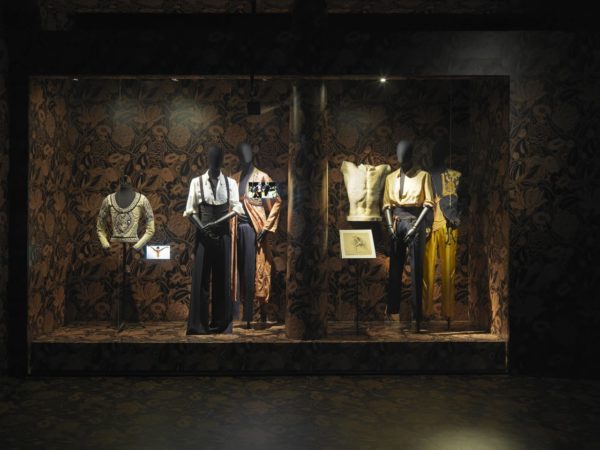 What that iteration of the exhibit taught me is that while Van Noten’s magisterial command of color and texture is unrivaled, perhaps it’s best to be consumed in smaller doses.

Mercifully, the somewhat condensed version on display at MoMu is pitch-perfect. It satisfies the eye without overwhelming the senses. Even in Van Noten’s richly colored world, sometimes less is more.

The exhibit is divided into a series of rooms, painted black to give background to the artifacts on display. These are Van Noten’s own ensembles, juxtaposed against the things that inspired them, such as artwork, film footage, photos, and original couture from the likes of Chanel and Balmain.

The twenty-five themes range from the more abstract influences, such as gold, to the very specific, like the film The Piano. Some are very immediate – Van Noten’s own garden, others are remote – Mexico.

Certain influences, namely punk and grunge, may surprise you. Others, such as summer flowers and orientalism, are more obvious. But they all reflect the richness of Van Noten’s mind, which is as multi-layered as his clothing.

One takeaway from the exhibit, not a surprise, but an underscoring, is Van Noten’s romanticism and his sheer joie de vivre that comes from a variety of sources. These can be light, as in his summer flowers pavilion, whose floor is painted like some botanical phantasmagoria, or dark, like the moody painting “Tempete” by Thierry de Cordier, which is positively hypnotic.

Other things that come through are Van Noten’s humor and his ability to turn kitsch back into art (or at least good design). It’s not easy to take, for example, Bollywood as an inspiration and make something worthwhile out of it, but Van Noten has the talent for doing just that.

Speaking of India, my guide shared an interesting bit of information seeing as I was mesmerized by the videos of Indian artisans embroidering Van Noten’s clothes. He contracts three thousand of them, all fairly compensated.

The final room houses several looks Van Noten’s Spring/Summer 2015 men’s collection, which was inspired by the Russian-born ballet dancer Nureyev and is now in stores. And the last window, which was still empty, is devoted to his F/W 2015 women’s collection, which he showed last week. It was a great reminder that continuity, rather than reverence for the past is the point of the exhibit. The past is linked to the present.

And how fun is it to be able to buy a garment from the same collection that’s on display at a museum? I did. Hint – Van Noten’s boutique is right behind MoMu.