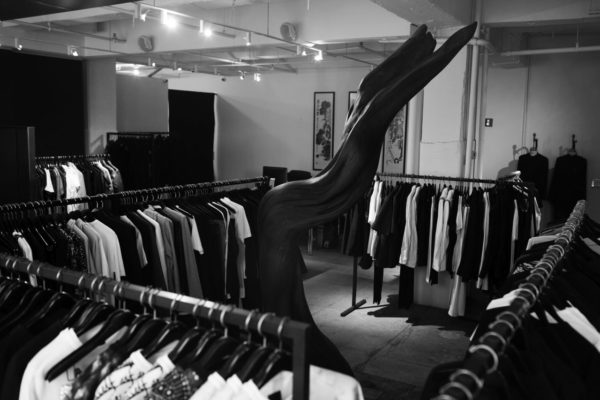 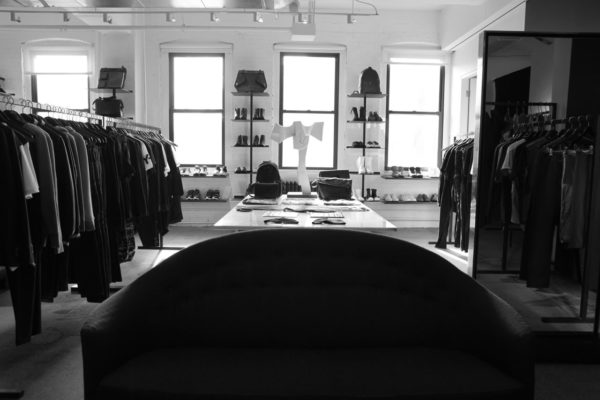 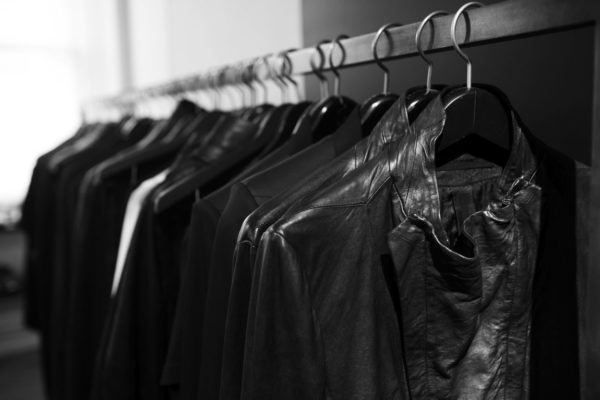 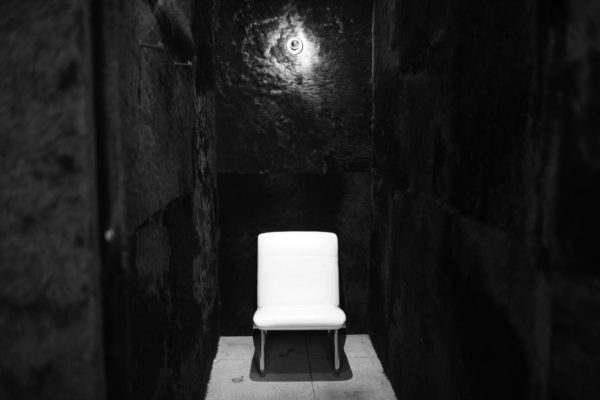 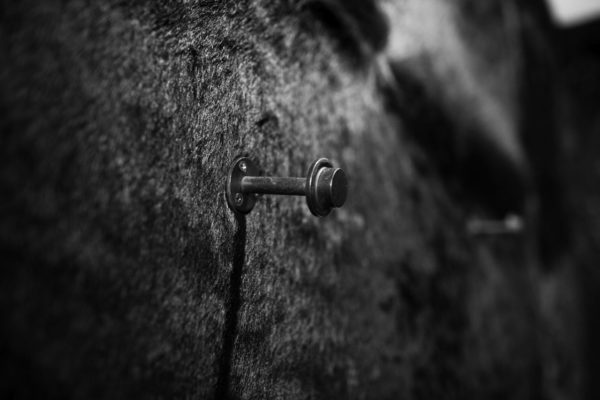 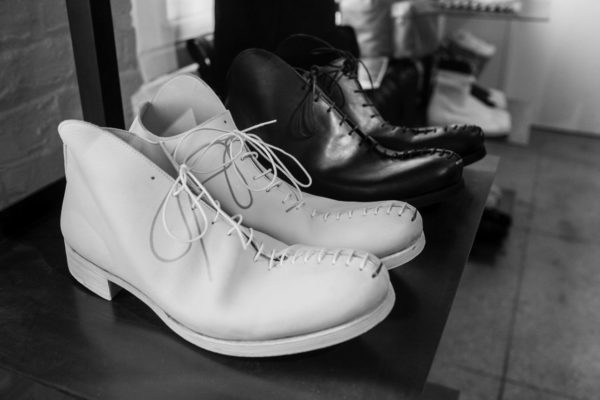 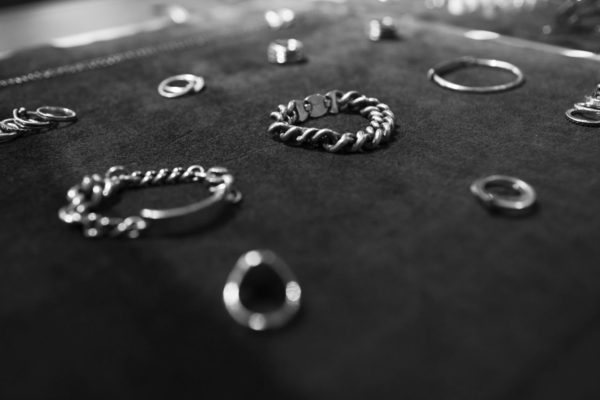 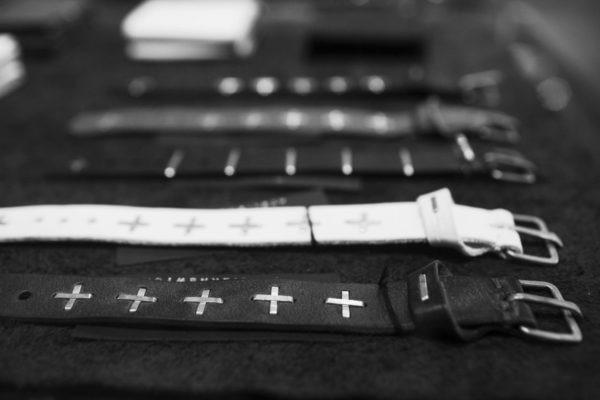 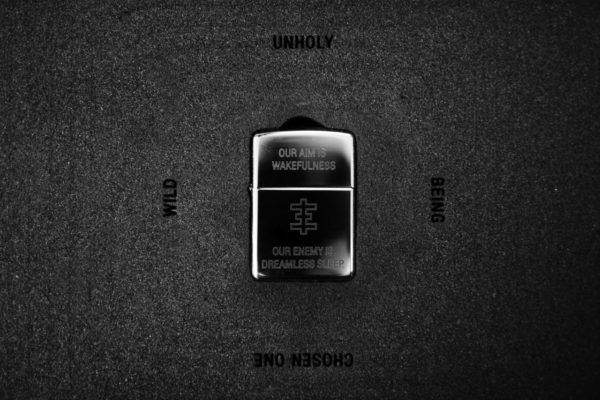 Steel just got back from the men’s shows in Paris and he was in high spirits despite the jetlag. He spoke animatedly about opening a new chapter and I could sense his excitement coming through his usually reserved demeanor. Han, who outsources buying decisions to Steel, stayed in New York to take care of Atelier’s business arrangements.

Han approached Steel and his partner, Constantin von Haeften, about purchasing the store after reading the article about its closure that I wrote for Business of Fashion. He already owned boutiques in New York and in New Jersey that sold contemporary clothing, but he wanted to get into high fashion and he saw an opportunity in Atelier to acquire a shop with an established reputation. One condition of the sale was that Steel stayed onboard.

Atelier closed because it was becoming increasingly difficult to maintain a very directional menswear shop. Therefore, it was clear to both Han and Steel that the store’s ethos had to change. First, despite all the cheerleading surrounding men’s fashion, it was obvious that it is still a small part of the fashion market. The new Atelier would begin to sell women’s fashion as well. Second, the store would need to diversify. This much was clear. But how to do this and to maintain Atelier’s DNA?

For one, Atelier continues with a slew of slow-cooked, artisanal brands such as m.a.+ by Maurizio Amadei, Label Under Construction, and A1923, which they helped propel in the first place. But these now sit alongside more conceptual fashion brands like Vetements and Margiela, contemporary brands like Acne and Carven, and elevated streetwear like Hood by Air and Marcelo Burlon.

Certainly, the latter two categories are the elephants in the room. But, for Steel, whose own fashion interests range much farther and wider than his personal style preferences, this is not a problem. In a way the old Atelier, with its dark, severe, monochromatic direction, was a version of Steel’s own closet. The new Atelier reflects his fashion proclivities in general.

“It’s a bit difficult, I am sure, for people to see how certain brands actually fit in there,” Steel said. “I thought the same thing, too. But despite what the label may say, it’s cut through with my sensibility. When I did the first round of buys, I realized, looking back over what I bought, there actually was a story there.”

The new Atelier is also an experiment. For better or worse, fashion has gone from an industry that told people what they should want to giving them what they want, and Steel understands this. “When you approach fashion from the general picture, you realize that people on the outside actually view it as one big thing,” said he. “There is a client who is equally attracted to Ralph Lauren and Versace. To them, it’s all the same thing. Tapping into that mindset is an interesting thing to do. It’s no longer about my taste exclusively.”

This kind of fashion postmodernism was not exactly on Steel’s and Han’s minds when they were brainstorming the new direction, but that’s what came out of it so far. “Everything changes so fast these days,” Han said. “Everything is globalized. In the past, Atelier would not choose some brand because it would not fit here. There are a lot of brands now where we have the potential to change how they are perceived. What’s important is how we buy them. This is what will distinguish us.”

There is something to be said for this, especially with regard to bigger brands. When I began visiting showrooms in Paris and saw the full range of offerings from brands such as Lanvin, Rick Owens, and Ann Demeulemeester, I realized how much power a buyer has when he or she makes a selection from a vast array of showroom offerings. And what I saw in stores were often very bland and safe edits that could easily make a great brand look bad. Steel’s experiment aims to be the reverse of that.

It is also the distancing from the goth fashion that Atelier has helped popularize and that has since run amok. With imitations of the brands Atelier has championed since its early days now flooding the market and penetrating all levels of fashion down to Zara, it becomes increasingly hard to hold on to the style’s essence in the big scheme of things.

Still, just like there is a risk of having a very directional store, there is also a risk of having a store that is all things to all people. The question then becomes why go to this store and not that. “We had that kind of struggle in the beginning,” said Han. “But we are still very selective with the brands we sell. We have turned away some commercially successful brands, because they did not fit with our vision.”

Few people know that Atelier began as a boutique for both sexes. It was a rather unsuccessful experiment that lasted a year. I asked Steel if he is excited to go back to buying women’s fashion. “To be perfectly frank, I am mortified, because my first foray into women’s was an unmitigated disaster,” said he. “But, I think I’m smarter now. There are a few rules I have put in place for myself when I approach women’s wear. It’s very important that it is based in reality. There’s a kind of approachability there that takes into consideration how women live their lives, especially within an urban context. When things are presented to me that are aimed at the 1%, meaning: too thin, too young, even in some cases too rich, I have a tendency to back away from it.”

Other notable change is that unlike the Internet-shy Atelier of yesterday, the new shop will feature a fully operational e-commerce component on its website in addition to those beautiful editorials that have become Atelier’s signature. Last, but not least, Han is actively scouting New York City for a storefront location that will restore Atelier to its former glory.

In the final analysis, the new Atelier is coming to terms with a changed world and Steel is not one to wallow in nostalgia. “Atelier, as it was, was a beautiful story that belonged to a very specific era, which was essentially the first ten years of the 2000s,” said he. “It was a store that had a beginning, it had a middle, and it had an end. And the end turned out to be a new beginning.”