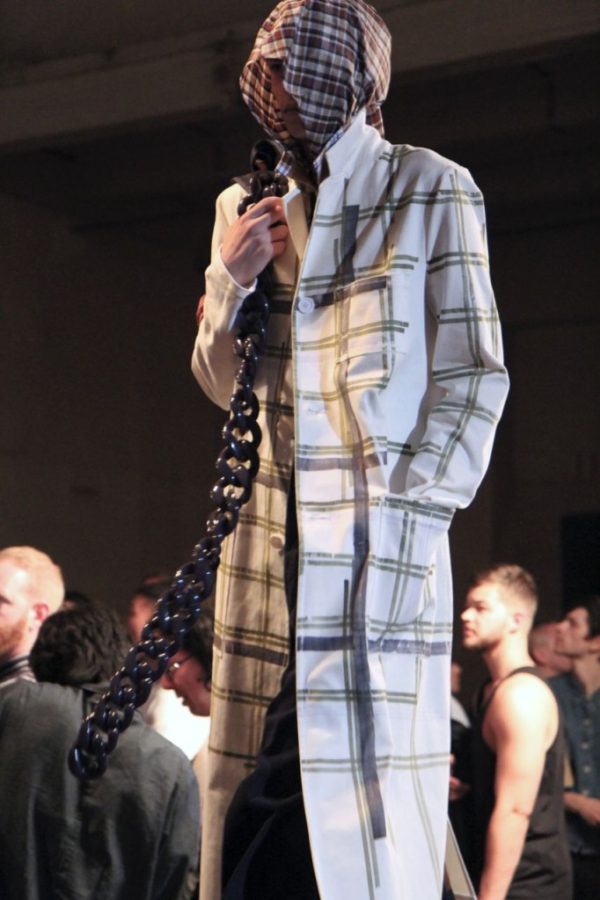 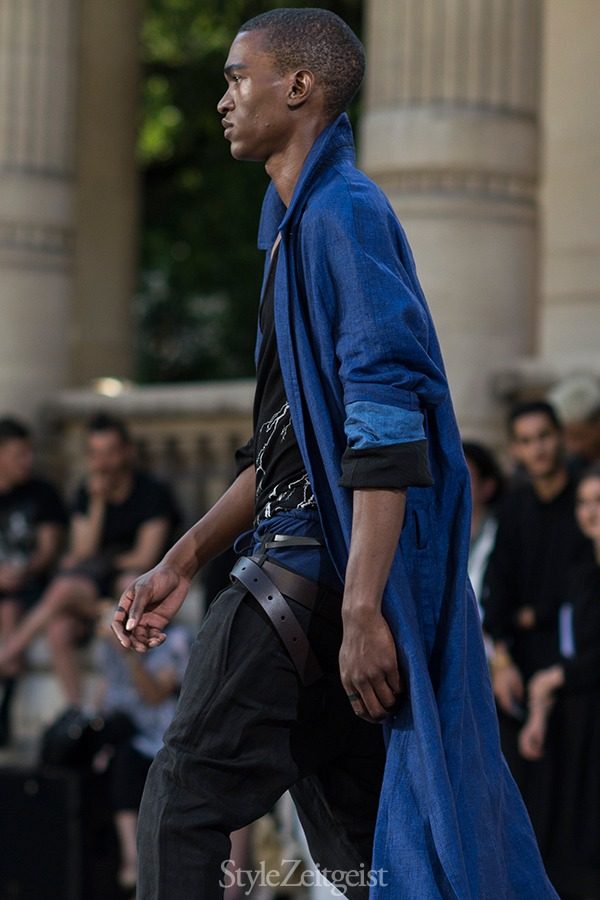 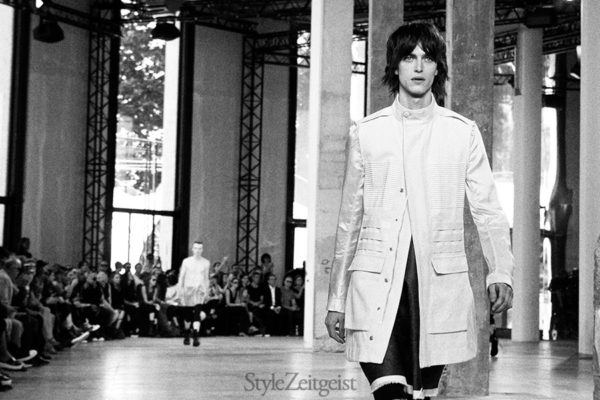 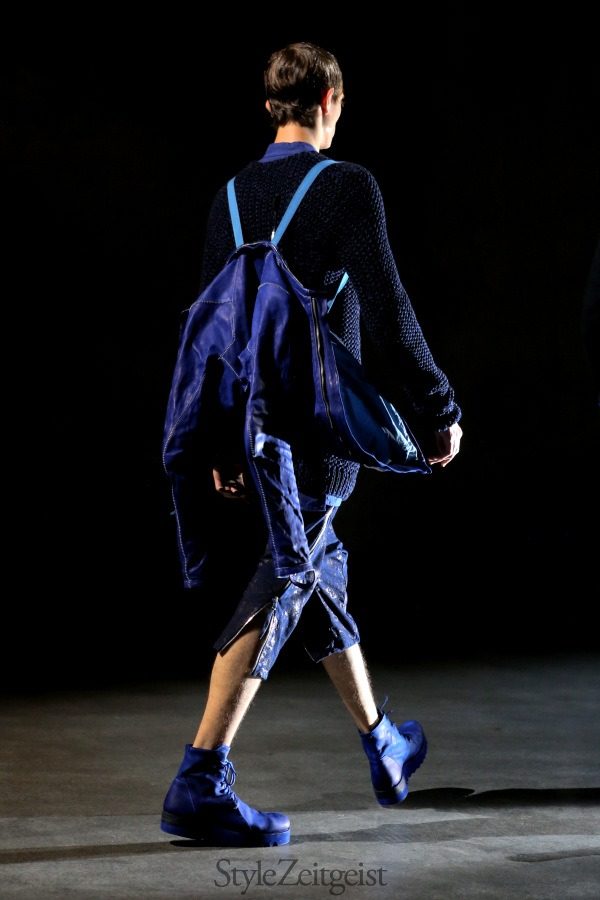 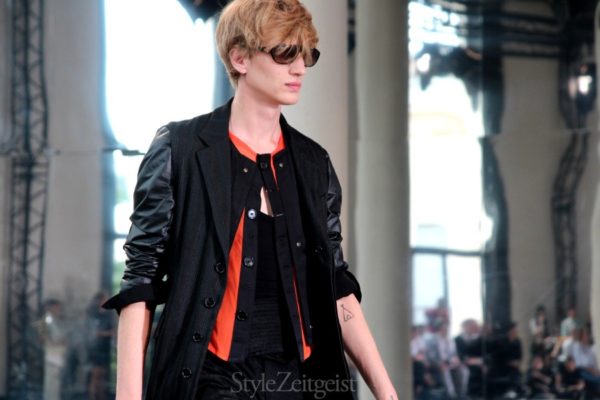 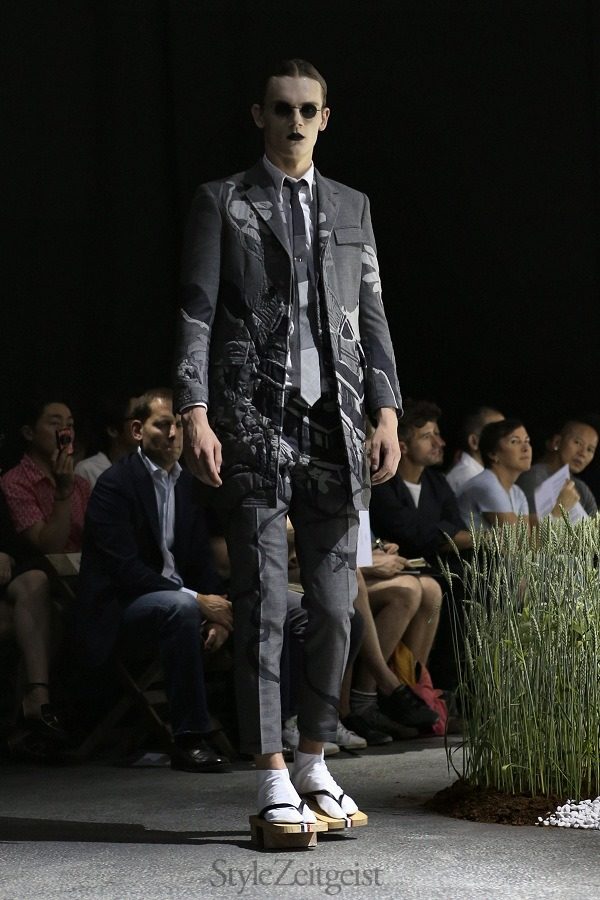 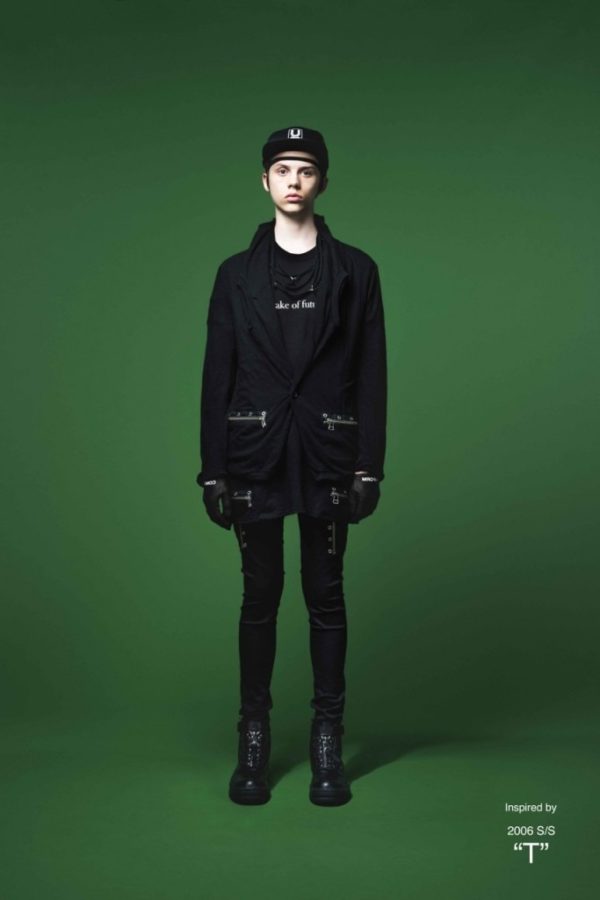 “Nothing,” answered a prominent New York buyer when I asked her what she liked during this past men’s fashion week. While I wouldn’t go this far, the Spring/Summer 2016 season was decidedly mixed.

The overarching question, which began forming in my head during the first day of shows in Paris was, “What makes a good collection?” Is it the theme or its execution? Do we look for a designer to tell an interesting story, to interpret a theme worth exploring through clothes, or to produce beautiful, interestingly constructed garments? Ideally, both.

Quite a few designers failed at this, beginning with Raf Simons. His own line has had a resurgence lately, as Simons seems to have finally realized that his fans want exactly the thing he’s been so good at since the beginning of his career – reflection of youth culture on the catwalk.

Simons picked as his inspiration the short cult film “Fiorucci Made Me Hardcore,” which was also an inspiration for the recent Jamie xx solo album. Not a bad theme, but Simons’s execution in both the clothes and in the show’s production left much to be desired. It was not so easy to concentrate on the clothes with the models virtually running down the narrow elevated catwalk. Between their pace and the rags that covered their faces it is no wonder that some of them fell off the catwalk and into the crowd.

As for the clothes – who will want to wear the super-tight cropped sweaters and exaggerated high waist bell-bottoms is a mystery beyond my humble analytical power. The long belted coats with grommets were fine, but they were overshadowed by the cheesy looking plastic chains.

There were failures the other way around, too, at Dries Van Noten and Junya Watanabe. Both are masters of their métier, but even these two immensely talented designers cannot save a collection from an ill-chosen theme. At Dries Van Noten it was Marilyn Monroe – sad but true. In the pantheon of themes that should not be touched by anyone Monroe reigns supreme, along with Hitler, Mickey Mouse, and Kurt Cobain (all for different reasons, of course). That Van Noten sent down looks without even an attempt at reinterpretation (suits printed with photographs of Monroe all over, anyone?) has only made matters worse.

So was it at Junya Watanabe, whose show was held at the Museum of Immigration. As the show began I poised my camera for a shot that I never took. Watanabe’s theme was… well, I don’t really know.

What I saw were wan white boys in straw hats, clothes with African prints and African tribal jewelry. This fluctuated between absurd and politically insensitive, depending on how charitable you want to be (Guy Trebay said as much in his review for the New York Times). Images of English colonialism and everything that came with it flashed in my head. To be sure, Watanabe’s execution was flawless and his mastery of construction evident. But it was also a waste, and I could not help but wish that one day Watanabe would unleash his talent onto a better theme.

Julius was a brand that failed at both concept and execution. While I welcome Tatsuro Horikawa’s much needed departure from the slick, robotic cybergoth he’s been doing for the last few seasons, I fear he has taken the wrong turn. The show’s tribal theme felt forced and there were way too many loose, drapey things on the runway and too few garments a modern man could relate to.

Things did not look any better in the showroom. The entire collection looked like a diffusion line. Julius’s clothes used to be intricately constructed and of very high quality. Not this collection. Besides, as one buyer rightly said, you’d have to be basketball-player height to wear most of it.

Now onto the good things. Haider Ackermann has produced a superb collection, toning down the bedroom luxe in favor of whites and blues. There was more structure and less satin, all without the loss of underlying decadence that is the secret pleasure I take in Ackermann’s work.

Then there was the one-two punch of the Rick Owens and Boris Bidjan Saberi shows that followed one another and that was sufficient to make my fashion week.

Owens ostensibly meditated on the M-1965 military jacket. “I’ve fetishized this jacket – metallizing it, distorting it, shredding it, flaring it, painting it black… Worn over shorts and sandals, it’s my version of an eternal hippie spirit – looking for inner purity, opposing conflict, and contributing to the perpetuation of cosmic love. And all of this best expressed in black leather,” Owens wrote in his press release.

This meditation paid off in outstanding outerwear that was fresh yet unmistakably his. My favorite two versions were the black one with silky sleeves and one done in a light gray (Owens’s most underrated color) canvas. The collection was called Cyclops, which for Owens means intense focus and tunnel vision and all the good and the bad that comes with it. And if you did not like the collection, there is plenty of stuff from the DRKSHDW line and the pre-collection that will surely satisfy you.

The show of Boris Bidjan Saberi had few surprises, say for the rich blue color, but this did not take away from the collection. Saberi continues to dig deeper into his by now well hammered out style. His strength at construction overshadows the need to diversify. This can seem like a drawback, as construction details often don’t translate well into images. His are clothes that demand close examination. Also, sometimes Saberi’s obsession with construction can be a detriment to stylistic choices for the runway, particularly when he insists on turning jackets inside out. Yes, it shows off the construction, but it also hides the garment.

If you are not a fan of the blue, at the showroom there was a stunningly deep gray. It was particularly satisfying in the new yak leather that had it all – the substance, the texture, and the softness.

At Ann Demeulemeester one could sense Sebastien Meunier slowly shaping the brand to satisfy his own vision. It worked well while maintaining the brand’s roots. The show was based on a stanza from an E.E. Cummings poem “may i feel said he”, which goes like this

and which Ann Demeulemester herself would probably approve. The garments were a more pronounced departure – they were cleaner, perhaps too much so as compared to Demeulemeester’s beautiful mess of straps and strings. I also missed the asymmetry, without which Ann Demeulemeester seems unfathomable. And yet, I could not help but like the collection’s lightness.

There was also the satisfying Comme des Garcons show. Just when you think that there are only so many ways to cut a jacket, Rei Kawakubo adds more. These were deconstructed, with razored-off lapels and slashes in the body, some encrusted with a myriad of studs.

The show schedule finished for me with Lanvin and Thom Browne. Lanvin’s outing was solid. It seems hard for Lanvin to make a bad collection, given the level of talent of its design team and the resources the house possesses. But it’s also becoming increasingly hard for it to make one that is outstanding. Still, Lucas Ossendrijver and Alber Elbaz produce consistently desirable clothes that I would wear in another life (mixed with Dries Van Noten and Haider Ackermann).

Whether it was the heat or the general fatigue, Thom Browne’s show that moved at lethargic pace almost had me falling off my seat in slumber. Everything in this presentation that dealt with traditional Japanese culture seemed to be right – the theatricality of presentation and the unparalleled complexity of the clothes, but there was an edge missing, a kind of exciting insanity we have come to expect from Browne. Well, there is always next season.

Now, onto the showrooms and let me begin with youth culture again, because that’s what Jun Takahashi at Undercover did, with fantastic results. This year marks the 25-year anniversary of the brand, and for men Takahashi decided to reinterpret some of his favorite designs from them past into a collection he called “The Greatest.” And it might have been the greatest thing I saw this season. It was an unapologetic return to the street, to punk and post-punk, to the very essence of what has made Undercover a cult brand. With the likes of Hedi Slimane actively sterilizing youth culture we are beginning to forget its grit, and maybe there is no grit in it left. In which case I don’t mind being nostalgic.

From the smaller designers who present solely in showrooms I liked what I saw from Individual Sentiments, where Yoko Ito focused on tailoring, forme d’expression, where Koeun Park produced another satisfying version of her work, and A1923, where the footwear and the clothes coalesced together. (The latter, strangely enough, also made me wish for white shoes.)

And that is it. The season was not particularly inspiring in terms of pushing fashion forward, but something tells me you will find plenty to wear when the clothes hit the racks. Perhaps it’s the best we can wish for these days.