Yesterday, Thom Browne presented a capsule menswear collection for the inaugural men’s fashion week in New York. The presentation, titled The Officeman, was held at nine in the morning, but Browne is one of the very few designers whose work demands such commitment from the fashion crowd.

The presentation was held in what was essentially a concrete cube. The line was long as only twenty people at a time were allowed in (the complimentary coffee and croissants helped). But it was well worth it. Once you stepped inside you found yourself in a completely mirrored room. In it was an office desk with a typewriter and some stationary items, all polished like heirloom silver on a wedding day.

The male models, all wearing sunglasses, lined the perimeter. There was only one silhouette – cropped pants were familiar, but this time Browne again opted for an elongated jacket instead of the by now familiar cropped one. All the variations were in the fabrics – in the shades of gray and black and in their patterns.

“For me it was the celebration of handmade tailoring and also celebration of the uniform, of the strength and confidence it projects, ” Browne told me after the presentation. Hence, the office, where, after all a uniform is worn, and the mirrors that amplified the idea of the uniform ad infinitum. This was quintessential Thom Browne, but without the theatrics we have come to expect from him. When I asked if he wanted to present something without overthinking, Browne replied, “This was a lot of work!” And it was, if you looked close enough.

All photography by Eugene Rabkin and may not be reproduced without expressed permission. 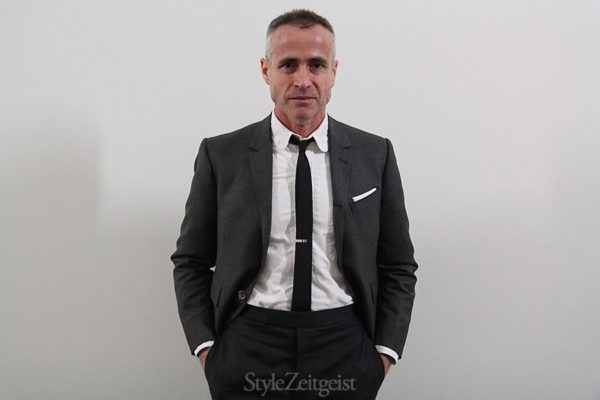 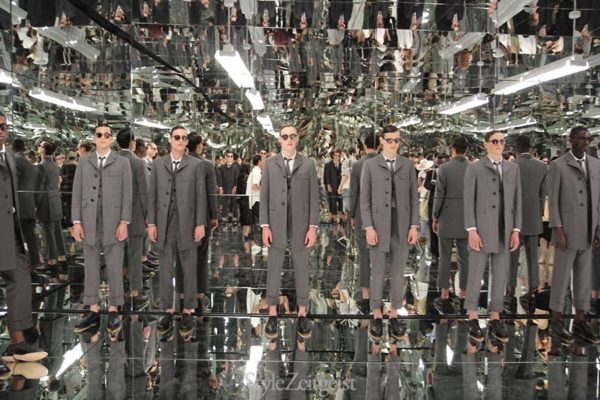 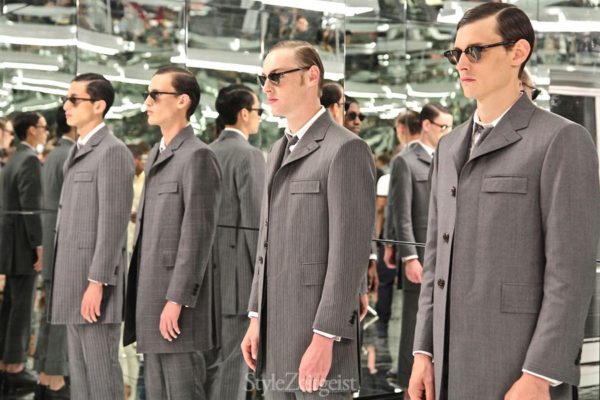 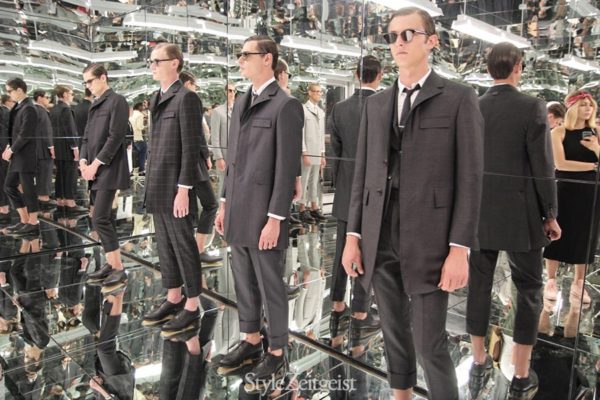 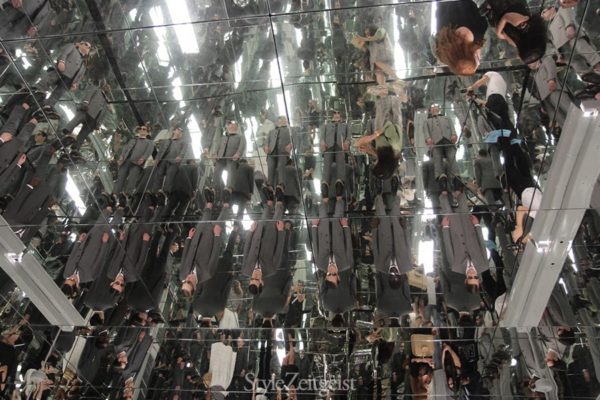 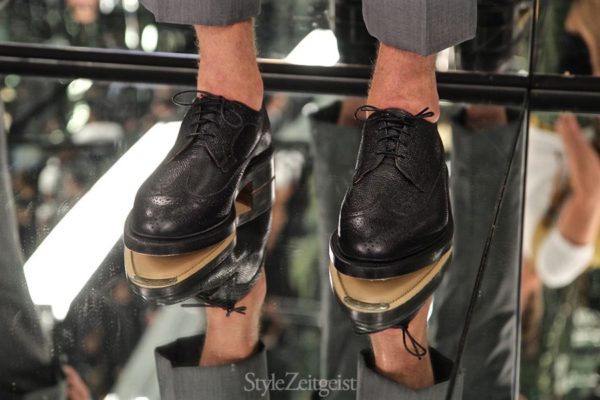 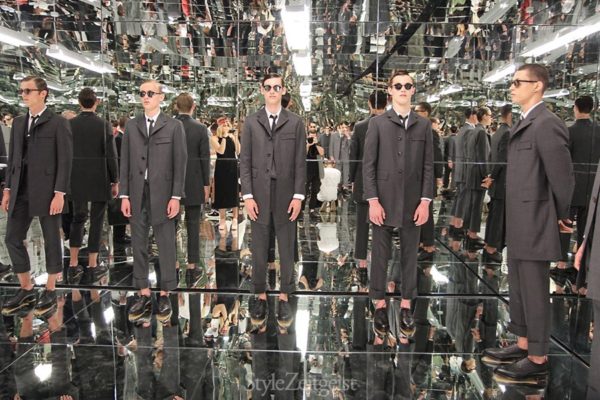 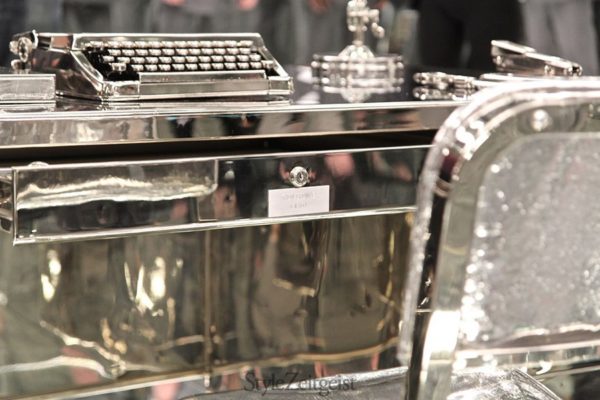 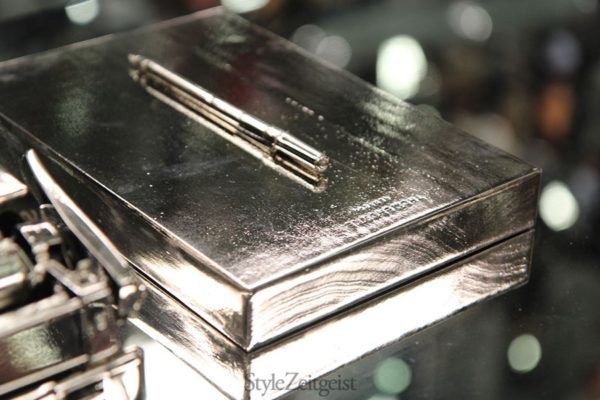 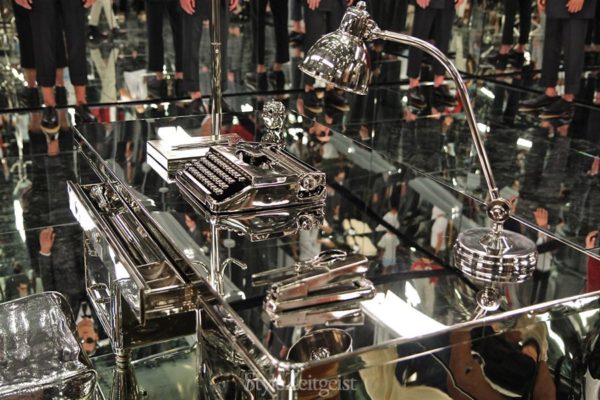