Alexey Titarenko: The City Is A Novel 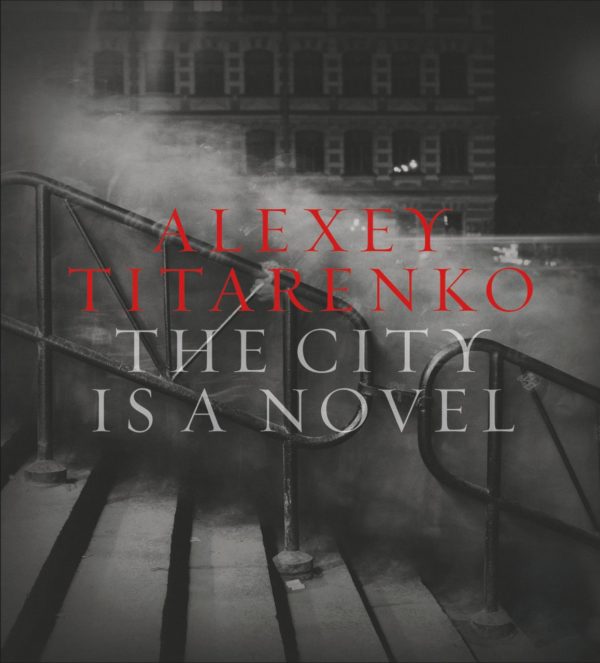 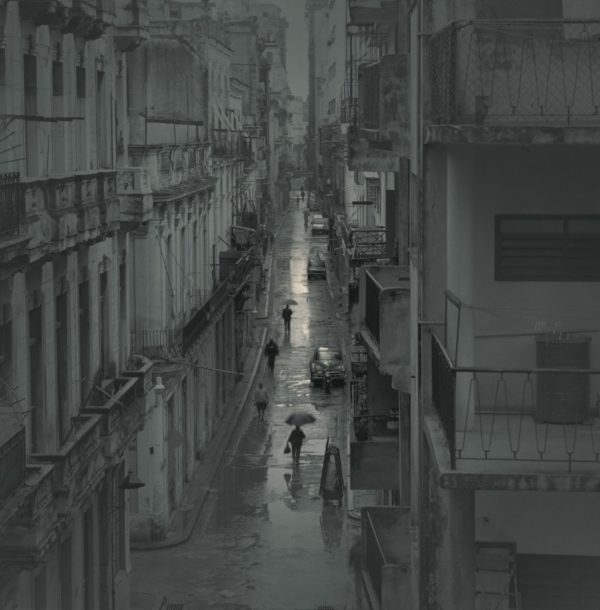 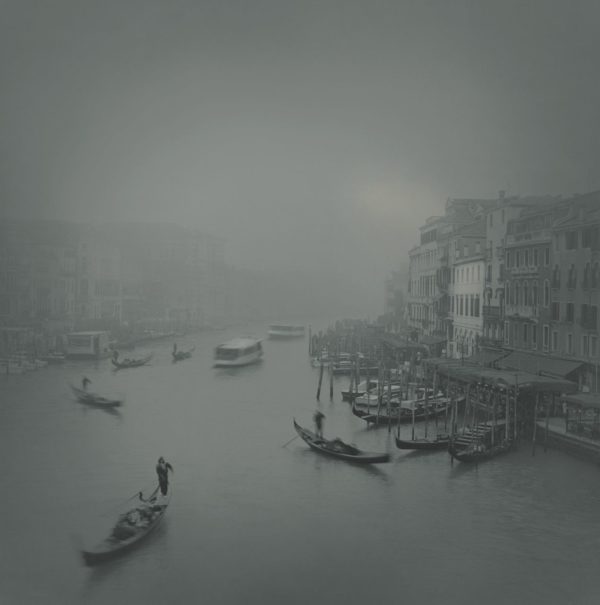 One of the defining qualities of photography is that it can cast the familiar in a different light, to make you look again.

The photos in Alexey Titarenko’s new book The City Is a Novel (Damiani, $60) do just that. Titarenko’s signature style is a washed out grayscale that recalls early platinotypes. If you lived in the Soviet Union, as did Titarenko (and I), you would understand where the grayness comes from. Everything in the Soviet Union seemed gray, reflecting the drabness in the water supply, from the country’s soul to its streets.

And yet, Titarenko’s gray photos are anything but drab. On the contrary, they reflect his uncanny ability to tease the magic out of the mundane.

Titarenko describes the origins of his aesthetic awakening in his essay about growing up St. Petersburg. As a child, he did what most of us did to escape the mind-numbing reality – he read books (others drank).

Compared to other forms of culture literature was more available in the Soviet Union, because books were supposed to edify us. And they sometimes did. But besides that, they offered an escape into another world. We lost ourselves in books with the abandon of a hungry dog tearing at a piece of meat.

Like all children, we tried to bring back the piece of the fantasy back to reality. “Reading also altered my vision of the surrounding reality, endowing it with mystery and intrigue,” writes Titarenko. “It seemed to me that behind the buildings, trees, and certain objects in the street – streetlights, for example – something magical lingered. A burning desire to see the hidden aspect of things overtook me.”

This desire never abandoned Titarenko, as he bounced around the world, ending up most recently in New York. As he traveled, he took photos of the cities that impressed him – St. Petersburg, Venice, Havana, and his new hometown.

There is ghostliness in Titarenko’s photographs, a kind of impressionism that aims to make the cities uniquely his own. This is especially evident in his photos of Havana, in which he transforms a sun-drenched city into an eerie one. But none of his work is macabre – on the contrary, there is newfound romance in Titarenko’s photos, the romance of quietness and solitude, the calmness of a flaneur who, unlike that of Baudelaire, prefers the serenity of the city’s early morning to parades and pageantry of the street.

The feeling of otherworldliness is sometimes compounded by the timescape quality of Titarenko’s photos, due to long exposures, and by a single dash of washed out color, usually the yellow of the light, achieved by partial tinting.

The book is called The City Is a Novel because for Titarenko photography is novelistic. Just like a novelist, he takes artistic license to distort reality in order to get at deeper truths. This is what separates literature from non-fiction and art photography from reportage and what makes Titarenko’s work worthwhile.

We know what the St. Petersburg of Titarenko’s novel is called – City of Shadows. The images of the city tend to be bleak, a depiction of a deteriorating society. One only wonders what he would call the novels of Venice, Havana, and New York.
___________________

All images by Alexey Titarenko, courtesy of Damiani