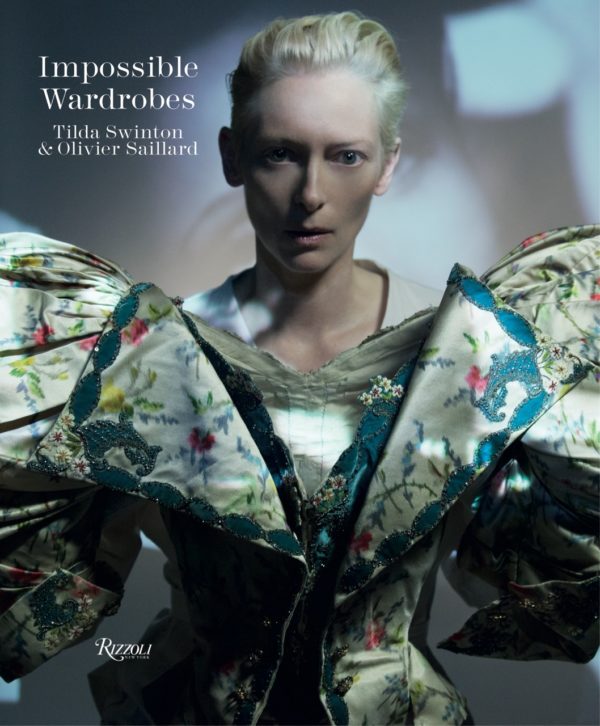 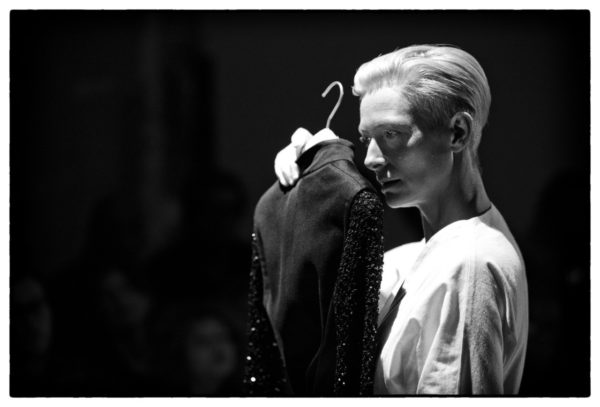 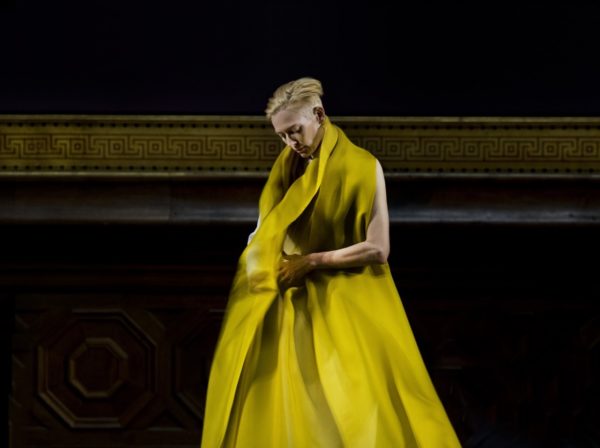 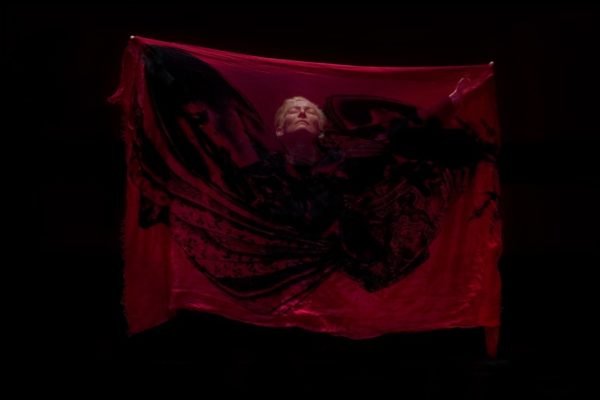 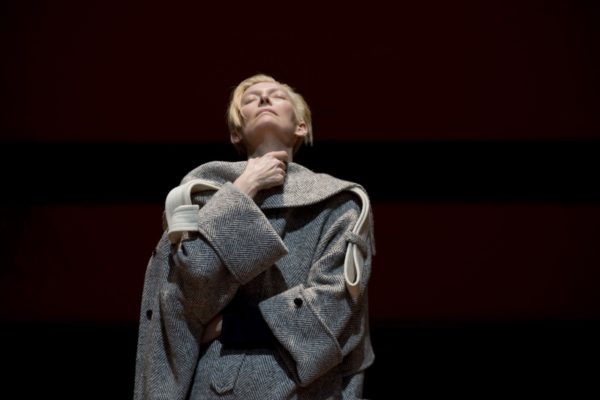 The closest I got to Tilda Swinton was almost a year ago in Florence, when I gave her my sleeveless jacket. She gave me a cloakroom ticket, took the jacket, touched it gingerly, put it on a table, dragged it around, fixing it with her trademark, hypnotizing gaze. Then she put it on a hanger and hung it on a garment rack. True story.

What was I doing with Ms. Swinton is that I was part of a select group of fashion editors at the Pitti Uomo trade fair that got to witness a performance art piece by Swinton, masterminded by Olivier Saillard, the director of the Palais Galleria, Paris’s fashion museum.

I’ve been to several of these, and my reactions have ranged from wanting to slit my wrists to being completely transfixed in the moment. This performance produced the latter reaction. Swinton, who played a coat-check attendant, was completely mesmerizing.

The way she interacted with every garment, the way her miming told stories, was powerful insofar as it highlighted the relationship between her and the clothes. And there is something in that. Because most of us treat clothes as mere things, without regard or care, without giving them second thought after buying them.

The best of us are taught that having regard for material things is somehow in bad taste, that it’s mere materialism, a thing of a lower order. Which is not true. There is no shame in relating to material things that surround us, especially in the age of fast fashion. Swinton’s performance underscored that point.

This was the third performance piece that Swinton and Saillard staged together. This one was called “Cloakroom.” Before that there was “The Impossible Wardrobe,” in which Swinton walked down a runway holding a selection of vintage garments selected by Saillard from Galleria’s archives.

As per conservation rules these can no longer be worn, which certainly must have dampened that particular performance (I would have loved to see Swinton in Napoleon’s ceremonial dress coat).

Another one was “Eternity Dress,” in which a dress was tailor-made for Swinton in real time.

Most of these performances took place in Paris. And now Rizzoli has produced a lavish book about all three performances, “Impossible Wardrobes” ($125). The set is comprised of three slender volumes housed in a slipcase. In total, there are 170 photographs spread across 312 pages.

Now, 170 photographs are a lot of person. But whether because of them broken up over three volumes, or because of Swinton’s ageless, sphinxlike demeanor that tends to stop time, it works.

Especially so in the “Cloakroom” performance, where Swinton had a chance to really show her acting prowess. This isn’t viewer bias on my part. The range of emotions in this pantomime can be easily seen through the photos in the book. They are kinetic, thrilling moments of action frozen in time.

Swinton wrote a short essay about that performance. These lines in particularl resonated, “We all know that certain garments elicit connection, very often passionate attachment, always supremely personal. I would suggest that the most interesting thing about even the most exotic object of clothing is that we live our life in it. This piece is about attention to this fact, to the ‘spirit’ of the clothes with which we live closely each day – and the dialogue they inspire in us.” I know what she’s talking about.
______

Image 2 by Ruediger Glatz
Images 3, 4 and 5 by Vincent Lappartient