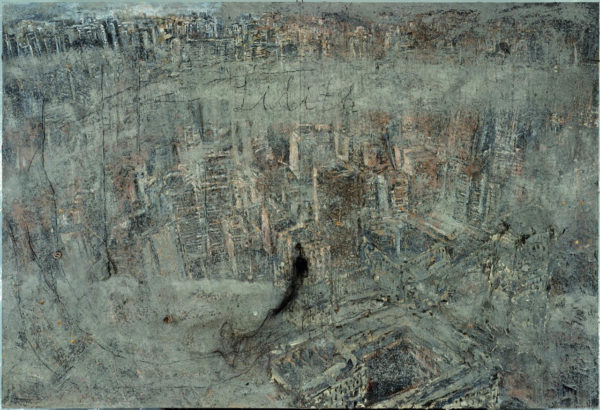 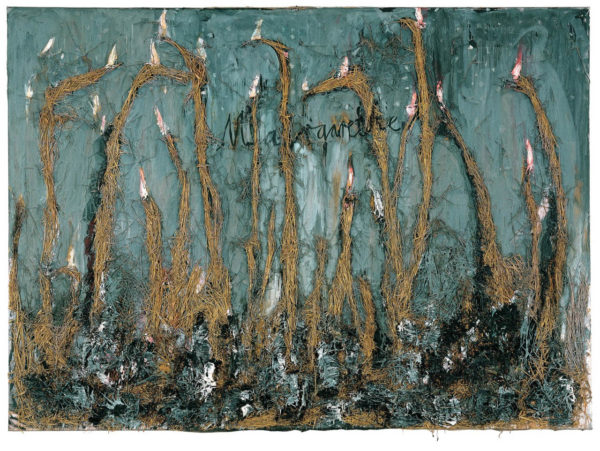 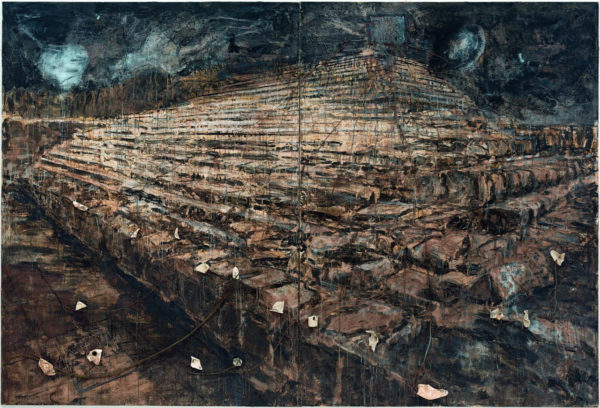 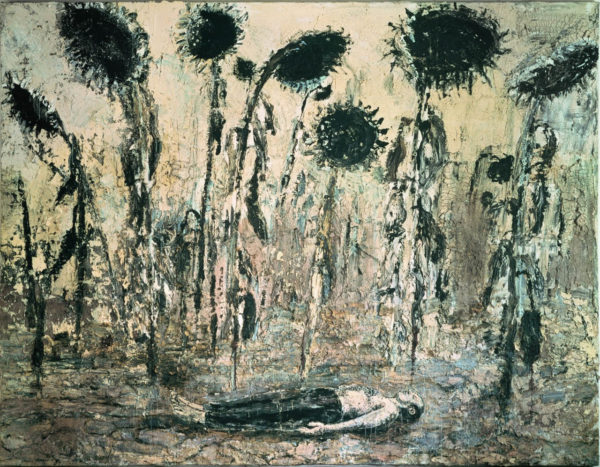 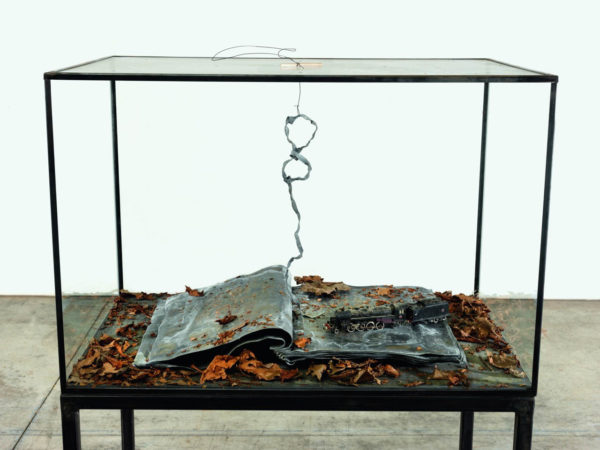 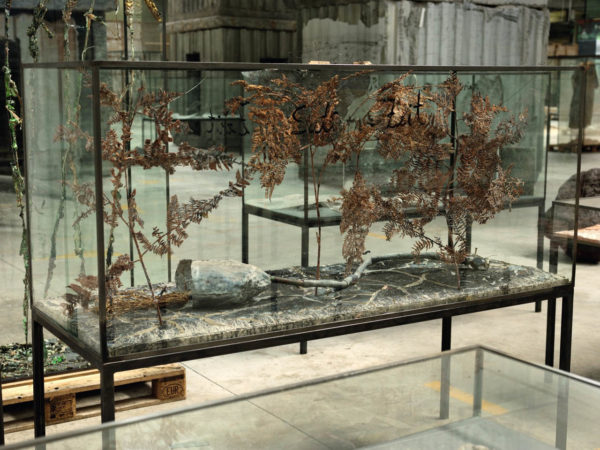 If you happen to be in Paris, don’t miss the Anselm Kiefer exhibit at Centre Pompidou. This comprehensive retrospective, first in Paris since 1984, of nearly 150 works of the German master of pain and reckoning is spread over ten thematically organized rooms. It is an awe-inspiring show, profound and simultaneously quiet and disquieting.

Kiefer was born in March of 1945, two months before Germany capitulated, ending World War II in Europe. His entire life has been devoted to coming to terms with what his nation has done and with what has been done to his nation. Kiefer has poured his anguish, incomprehension, and outright despair onto canvas and into three-dimensional works in elemental, earthy materials.

That human experience is largely dirt, mud, and concrete has never been so literally represented by any other artist, not even Joseph Beuys. Kiefer’s expert hands tease out new primacy out of these most basic of substances, starting with the gigantic installation in the museum’s lobby. In the tower made of concrete, the artist glued thousands of the photos he has taken over the years and glued them onto lead ribbons. They are there, but you cannot see them. Transparency, the basic characteristic of film, is gone.

The exhibit is all the more urgent because it is no longer fashionable for an artist to engage with history and politics in a serious way. Today, confrontation, increasingly rare in art, more often than not takes a form of a childish prank (Ai Wei Wei is a prime example.). It’s not that the issues they engage with are not serious, but their execution is not. It’s as if art, perhaps, rightfully, has finally acknowledged its political impotence. And yet, Kiefer is a serious artist from another era, whose earnestness might be considered quaint, but is actually more important for its rarity. There is only raw emotion in his work, without the customary postmodern wink-and-nudge that makes a lot of contemporary art so dispiriting and impotent.

One more thing about Kiefer’s art is that it has an arresting and meditative quality, partly because many of the works are of monumental proportions, which exacerbates their effect. This is important today, when we are so inundated with negative news sensationalized at every turn that we become easily desensitized to matters of importance. This retrospective creates a much-needed space for reflection. My advice is to avoid it on the weekends.
________________