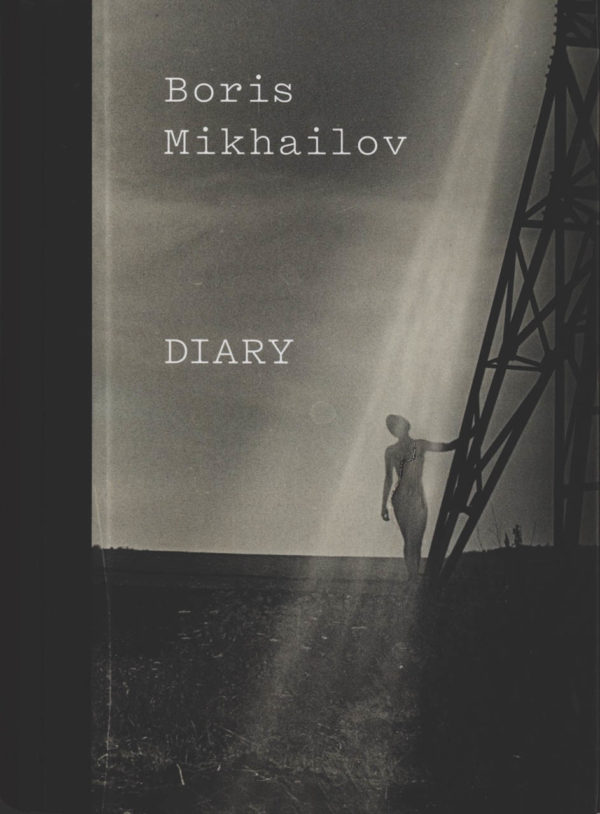 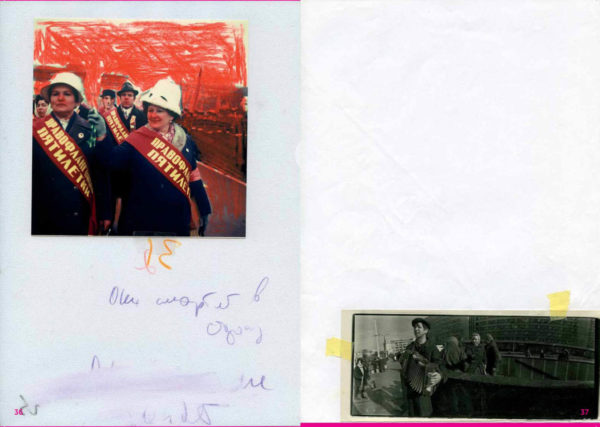 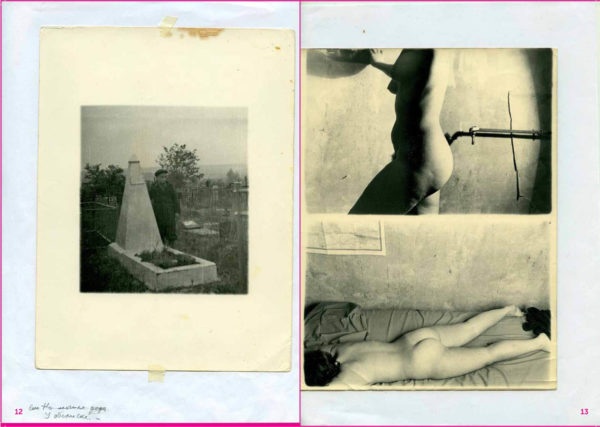 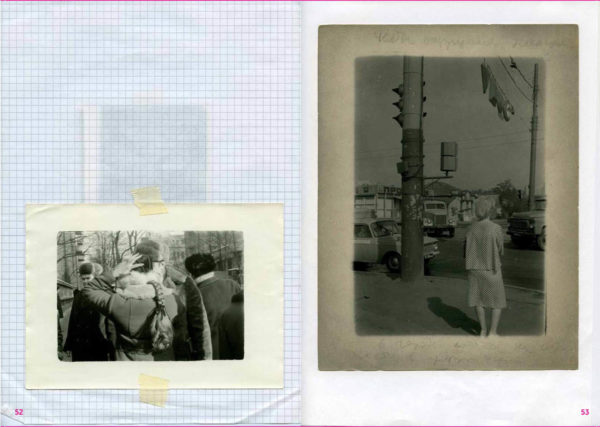 Because Soviet Union was the land of ugliness. To be sure, we still had literature, ballet, and music, but they were becoming a mirage in the world that was dispiritingly ugly. Mikhailov’s photos were unflinching in their honesty. In a way they represent the finality of art, reflection of the world so disfigured that any ability to aestheticize it looks fake. That’s what sets Mikhailov apart from artists whose photos of human misery negate themselves through stylization.

We tried so desperately to bring some beauty, however elemental, to this world – women would do anything for a pair of stockings – but these pathetic attempts only exacerbated the pervasive ugliness. Mikhailov knew this all too well. In his new book, Diary (Walther Konig, $125), any attempts to aestheticize his photos are purposefully crude, rendering them a caricature of an already grotesque world.

The photos themselves are the documents of Soviet life, life all the more dispiriting because of pervasive, stifling boredom. As the title suggests, they are a diary of sorts, scraps and bits of Mikhailov’s work that comprise a narrative we have already seen elsewhere. There are the photos of the dull Soviet streets, their black and white is really just gray, like Soviet Union itself.

There is also a large amount of nude photos, just like in the rest of Mikhailov’s oeuvre. Nudity was the last refuge in the Soviet Union. The beauty of the female body was natural, something that, for a while, could not have been perverted by homo soveticus. The minute you clothed it in whatever drabness you had access to, it became ugly. As time went on, the Soviet life made the female body ugly through bad diet, incessant drinking, hard work, child birth, and abuse. This being the unflinching Mikhailov, you get plenty of those types of bodies, too – fat, flabby, lewd.

Lewdness is a leitmotif in Mikhailov’s work. It is a cousin of ugliness, ugliness produced by action, more spontaneous and immediate than the deliberate and systematic destruction of beauty by the Communists. In the Diary, you will see a fat, naked woman pissing more than once.

Than there is also sex, something Kruschev has famously claimed was done away with in the Soviet Union (bad translation – he meant pornography, which in the perverted parlance of the country meant Mikhailov, too). Sex was the last refuge of the homo soveticus, a private act in a pervasively public society where you were constantly watched, gossiped about, and told on. Mikhailov does not go quite so far as to depict sexual acts in the Diary, but he gives enough hints.

The lewdness of Mikhailov’s photos culminates in those of defecation and shit. This is the final stop, one cannot go further. You lived in the world of shit, and that’s what you got in the form of art – here, literally.
_______________________
All images courtesy of the publisher, copyright by Boris Mikhailov.