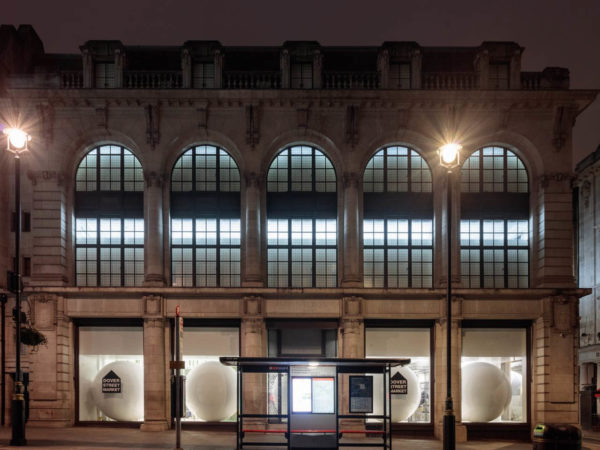 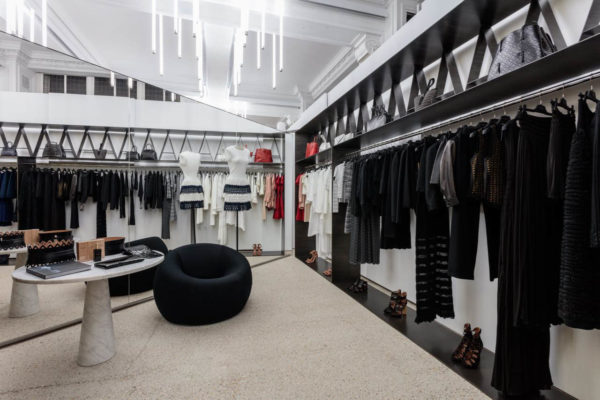 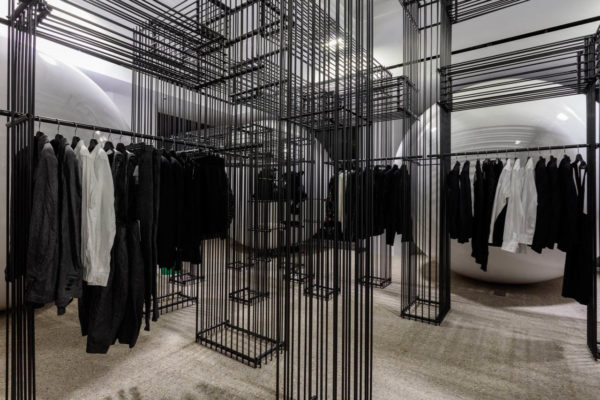 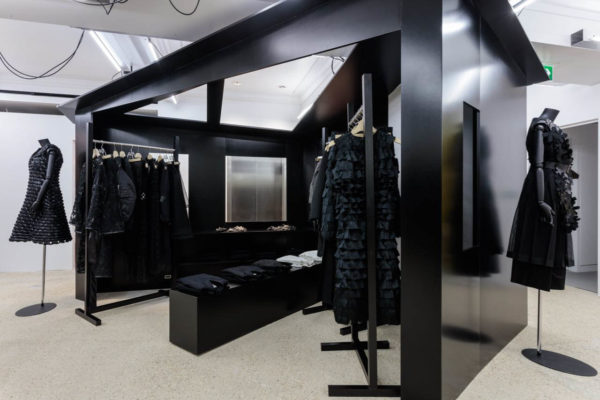 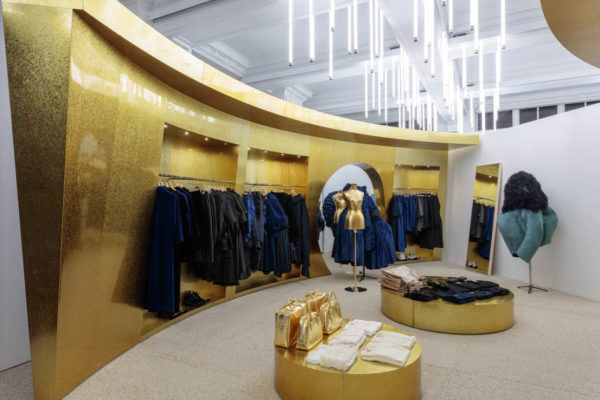 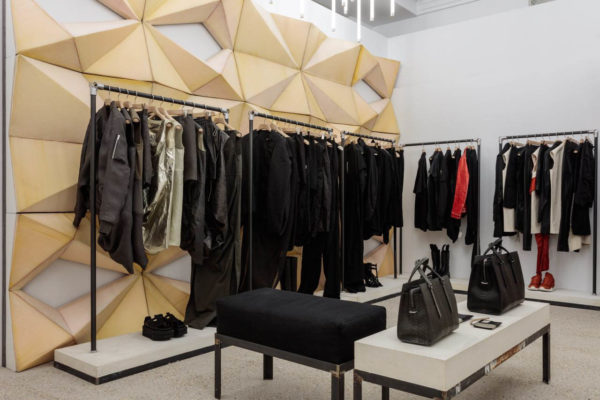 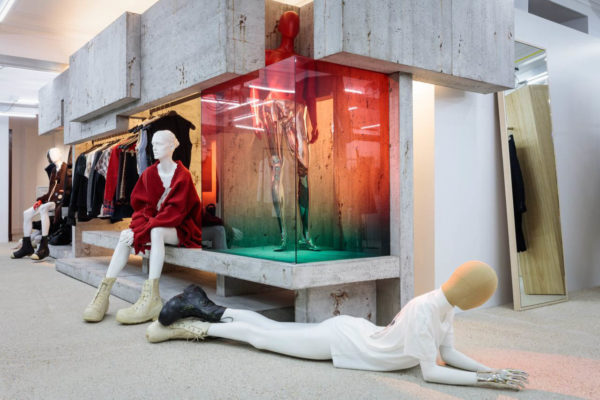 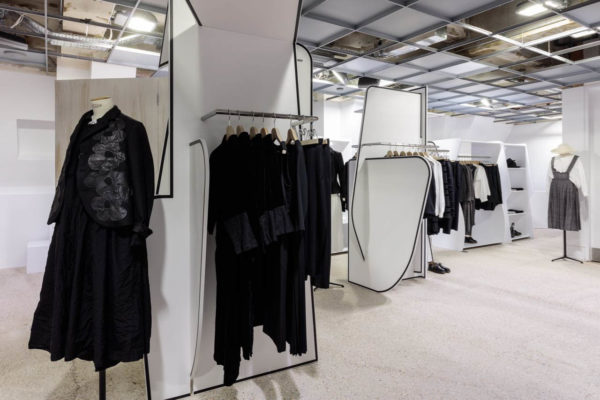 London, United Kingdom – There are now three Dover Street Markets in the world (plus I.T Beijing Market, run by the same company), and none of them located in Dover Street. Following a 200% rent hike in its eponymous location, London’s most forward-thinking mini-department store has moved to Haymarket. The new outlet officially opened last week and is 3 times bigger than the original.

Like Dover Street, Haymarket is usually regarded as a part of Mayfair, yet its vibe is entirely different. The street is home to Her Majesty’s Theatre (cue: the Phantom of the Opera is here), Theatre Royal, a multiplex cinema, countless chain restaurants, some investment company offices and hordes of tourists. Apple Maps on my iPhone appears to think that Dover Street Market is located in a McDonald’s.

I attended on a Monday, and the crowd inside the store was strikingly different from the usual DSM types. Alongside the familiar fashion freaks in layers of asymmetrical black clothing there were middle-aged men in suits, women in what looked like MaxMara coats in pastel colors, and Middle Eastern families. If they were not tourists in London, they certainly were at Dover Street Market, and they looked suitably impressed and lost. When I decided to grab lunch at Rose Bakery on the top floor, I found myself sitting next to two immaculately coiffed women in their sixties discussing their chauffeurs and cooks.

This new demographic looked slightly out of place, because the offbeat spirit of the store has not changed a bit. The front entrance in Haymarket is closed and curtained, and will always remain so; to access the store, one needs to seek the alternative entrance in one of the side streets. The ground floor still has perfumes, the most interesting selection of jewelry in London, market-like stalls selling Comme des Garçons PLAY and Dover Street Market merchandise, and the by now iconic hut till.

The basement is still a streetwear and homeware emporium, and the upper floors still house a mix of established labels like Celine, Loewe and Dior, and niche names, such as Sara Lanzi, Elena Dawson, J JS Lee and TooGood. There are still art pieces and installations (including the giant black metal dinosaur on the second floor, the wraparound artwork by Russian artist Pirosmani on the first floor, and Emma Hawkins’ taxidermy cabinets on the ground floor), and a general sense of loosely organized chaos – the opposite of what you would get in a ‘normal’ department store with its clearly demarcated zones.

Brand corners, however, are more pronounced and more spectacular than before. Some of them were designed by Rei Kawakubo, others by the labels themselves. J.W. Anderson, for instance, has a playground in lieu of rails; the Vetements collection hangs in oversized changing rooms, Gosha Rubchinskiy’s space is marked by blown up images of high-rise blocks of Moscow’s suburbs. All this is very Instagram-friendly, and the new clientele clearly feels and behaves as if in a museum: they take photos of each other in front of installations and – ô rage! ô désespoir! – an occasional selfie.

My personal highlight (and, apparently, the happy place of some of the store’s staff) is the newly developed Paul Harnden space. It is a small room on the second floor, sealed off by unsightly thick polythene sheeting that hangs at the entrance and covers the walls inside. The room could easily be mistaken for a worker’s temporary accommodation on a building site: tangled old wires and electrical extensions crawl along the floor, a water heater hangs off the wall, a few old TVs sit on a dilapidated cabinet in the corner, and Travis Perkins building sand packs are scattered around. The space is lit by light bulbs hanging off somewhat dangerous-looking wires. A couple in Barbour jackets was taking photos inside. “More tourists,” – I think to myself. As we strike a conversation, it turns out they are based in Brighton, like Harnden himself, and have been pretty much stalking him since discovering his label some years ago. Neither of them is wearing a single item of clothing that could betray their fondness for the designer.

Once a members’ club for those in the know, Dover Street Market appears to have become a museum in the heart of a tourist area. Like any museum, it has to be given credit for its educational outreach: when the ladies who lunch next to me get up to leave Rose Bakery, I realize they are wearing Comme des Garçons and Junya Watanabe; the people who are now taking selfies in front of Raf Simons’ concrete cabinets or Rick Owens’ rubber wall will hopefully at some point be converted and want to learn more about conceptual fashion.

There is a certain value to making avant-garde inclusive. However, the line between inclusivity and mainstreaming is very fine, and mainstreaming is dangerous stuff. After being replicated as selfie backgrounds an X amount of times, items and styles that were once signifiers of the unconventional are stripped of their meaning and become nothing but Instagram paraphernalia. As social theorist Dick Hebdige has put it, once an alternative paradigm is incorporated in the dominant system of meanings, its disruptive and subversive power becomes nullified. This probably describes what is currently happening to Dover Street Market, for better or for worse. As I was leaving the store, I engaged in a conversation with another employee and asked about the store’s bestselling items; her reply featured, among other things, a Rolex watch.