Manus X Machina at The Met 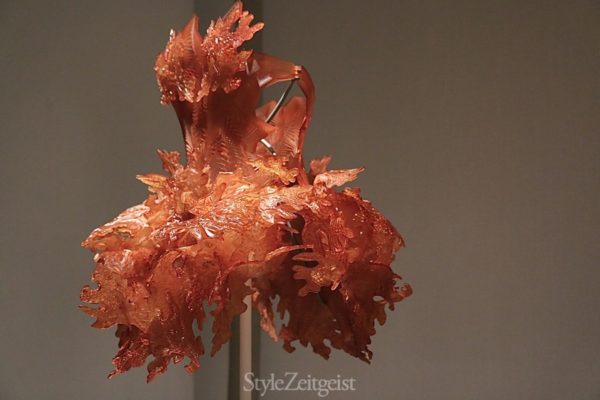 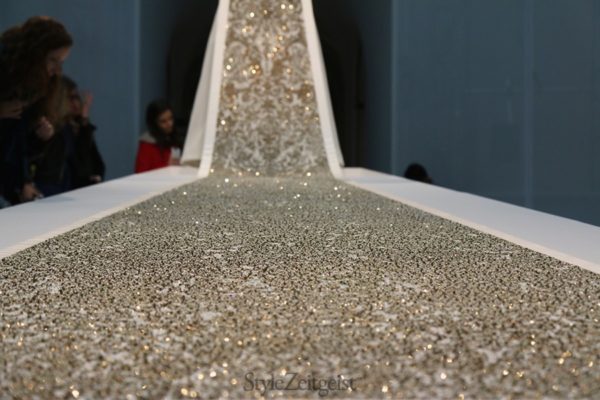 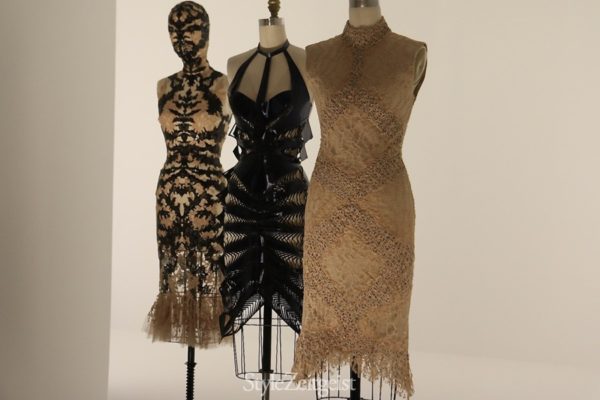 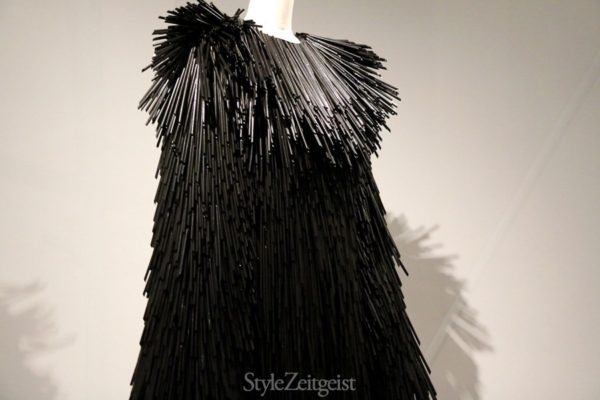 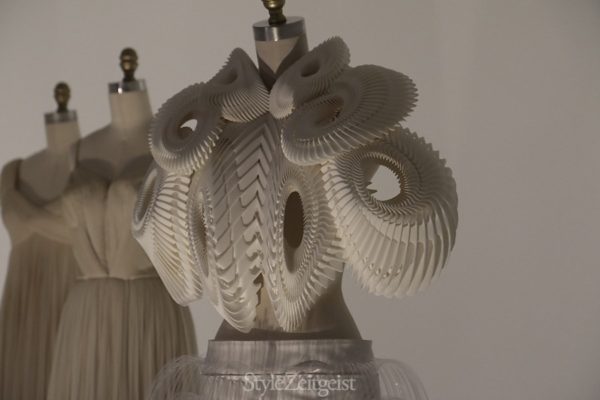 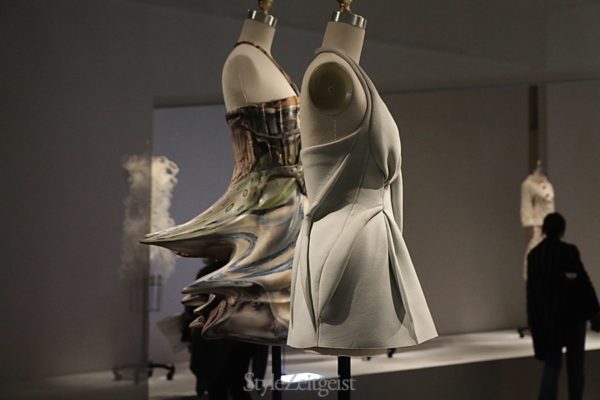 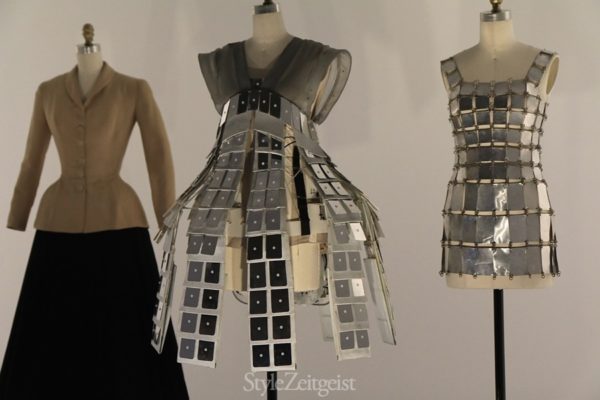 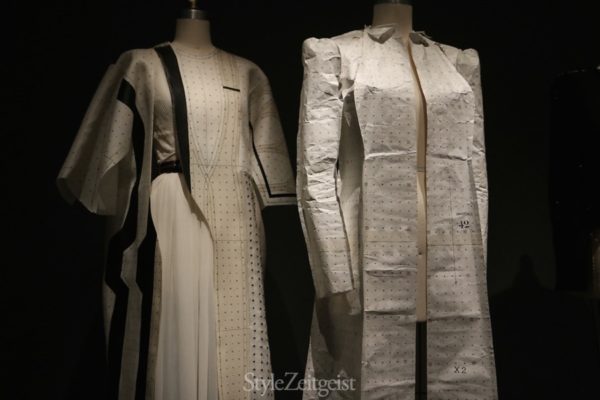 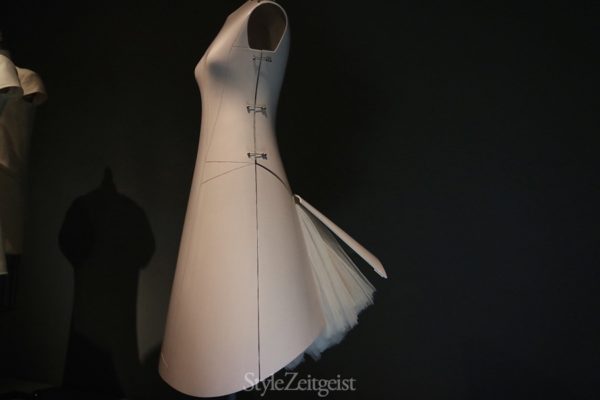 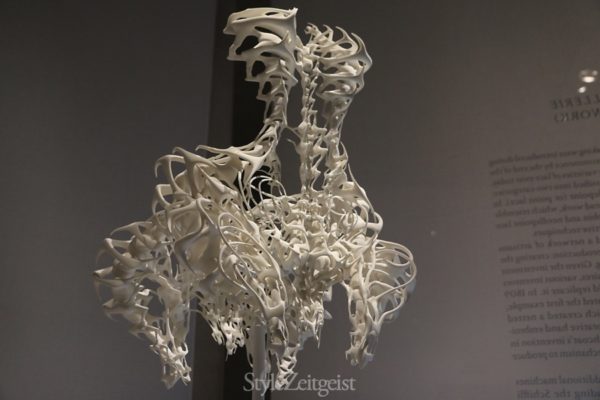 This week the new fashion exhibition “Manus x Machina: Fashion in an Age of Technology” opens at the Metropolitan Museum of Art in New York.

It aims to challenge the notion, usually found in the popular imagination, that handwork and machine work somehow exist in the state of opposition.

No such divide exists, if one really thinks about it, since pretty much all fashion at the end is made by someone’s hands, whether you are making hand-stitched buttonholes, or sewing pieces of fabric together using the sewing machine, which is still hand-operated by a human, or smoothing a 3D printed piece, also by hand. Until we see robots displacing workers en masse, the dichotomy seems moot. Maybe that’s the point that needs to be proven to the museum going masses?

The overall takeaway from the exhibition was mostly one of confusion and lost opportunity. First, I am still uncertain as to the number of pieces I saw – the press release states 170, the exhibition’s website 120, and only 90 pieces were photographed for the catalogue (the entire book – which is fantastic – was shot by Nicholas Alan Cope, whose image graces the cover of our print volume 5). To add further to the confusion, not all garments that were shot for the catalogue were on display.

The exhibit seemed rather tame, especially as a follow-up to the spectacular “China: Through The Looking Glass” show of last year. It could be the result of the Met being in financial trouble (it’s on track to lose $10 million this year), but with the exhibit being sponsored by Apple, you’d think that would be a non-issue.

In any case, they had enough money to hire Rem Koolhaus’s OMA, which must have cost a pretty penny. All that OMA did, undoubtedly in the unbridled fit of fantasy, was to cover the underused passage in the back of the museum in white fabric over scaffolding. The proverbial my child could do that. The OMA architects told Dezeen that the point was to highlight the clothes. I don’t buy it. And even if it was really the point, then it was a definite mistake. Because while the selection of the pieces itself was quite comprehensive, the lack of backdrop materials that create an environment and an atmosphere would have made it infinitely more enjoyable.

Without those elements, the exhibit, especially one where technology plays a major role, will undoubtedly have less of an impact on the viewer. There is a reason top fashion houses spend millions of dollars on fashion shows. Sure, the clothes should speak for themselves and often they do, but they are not necessarily as articulate as when they are surrounded by other elements.

At the exhibit’s entrance, in the first floor rotunda, the fabric partitions form a pseudo-cathedral with elegiac music on loop. If there was an explanation for this, it was not given in the press release. Hence, I am forced to make my own interpretation, and I would insist that the last thing we need to do is build fashion cathedrals. I am in favor of building brutalist, industrial dance clubs and dirty punk concert venues for fashion instead.

What of the pieces selected by the Costume Institute’s head curator, Andrew Bolton? My qualms were few and far between, and I think Bolton is as good of a curator as any. And while I will mourn the recently retired Harold Koda, the Met has undoubtedly found a worthy successor.

One of the joys (and pitfalls) of exhibition reviews is that the critic gets to play the curator, but my substitutions would’ve been minute (less couture, more avant-garde; where is Alaia and Gaultier; fewer dresses, more outerwear).

The couture pieces (Chanel, Dior, Lanvin, etc.) are mixed with the avant-garde (Comme des Garcons, Martin Margiela, Hussein Chalayan). Than there is Iris van Herpen, who is probably the only designer doing both – couture avant-garde, Issey Miyake, the master of pleats, and – a pleasant surprise! – Noir by Kei Ninomiya, the newest of Rei Kawakubo’s protégés.

I was frankly dumbfounded by the amount of Prada, who is neither really couture nor avant-garde, on display, but I won’t argue. Speaking of lost opportunities, I wished that the iconic Chalayan pieces were displayed more prominently. This master of conceptualism is surely owed at least that. Instead, tiny videos of the dynamics of the dresses were projected on the bottoms of displays.

In the end I was left with the million-dollar (for the Met, literally) question – who is this exhibit for? If you are a fashion student or an expert, you will undoubtedly enjoy many of the pieces that hitherto you probably only saw as images. But I doubt this exhibit will expand the horizons of the mass audiences that the Met relies on. Like it or not the masses come for the spectacle, and the spectacular is not necessarily bad (the China and the Alexander McQueen exhibits have proved that).

Harold Koda once told me that one of the Met’s roles is edifying its audience. I fear that its edification will have to wait until a more fitting exhibit comes along.
__________

Manus X Machina: Fashion in an Age of Technology
The Metropolitan Museum of Art, May 5 – Aug 14

All photos by Eugene Rabkin
No reproduction without expressed permission.
Click on any image to enlarge.