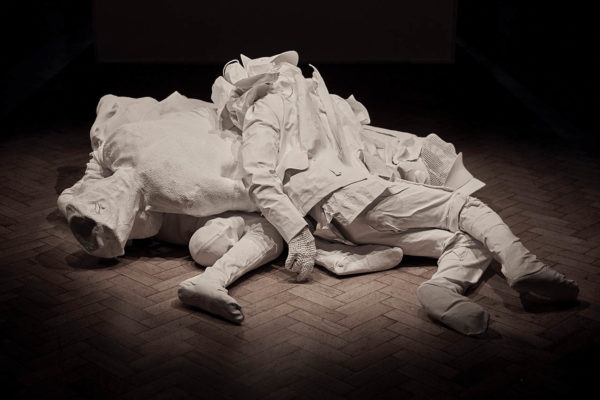 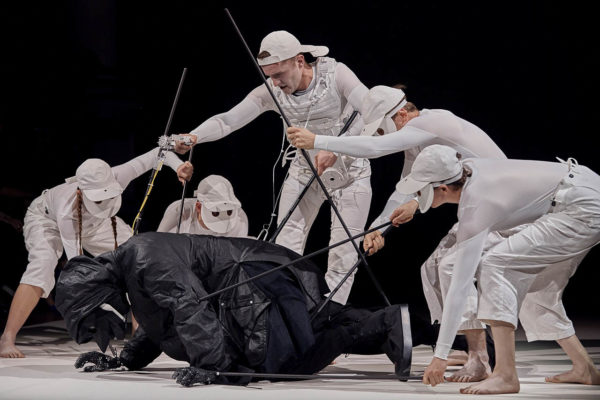 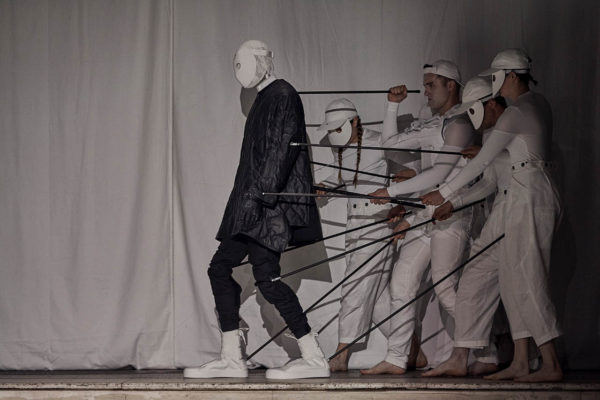 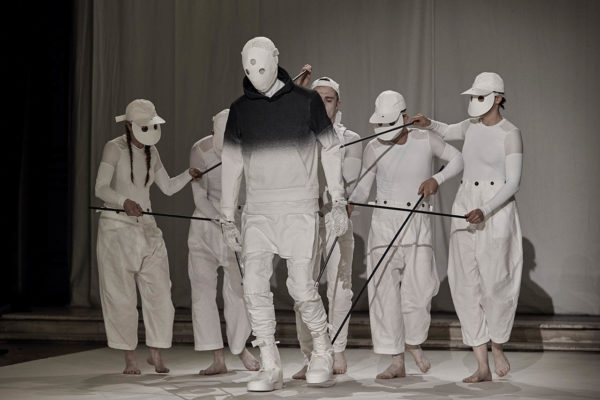 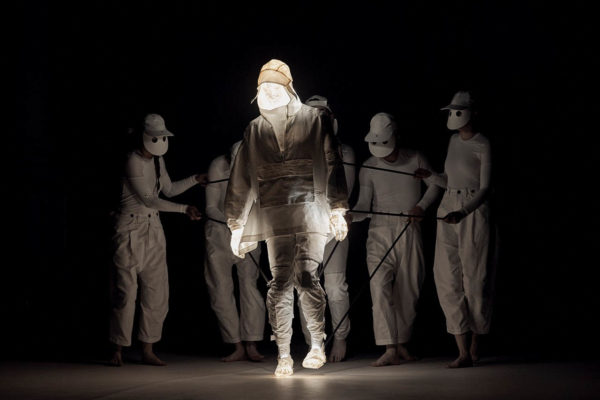 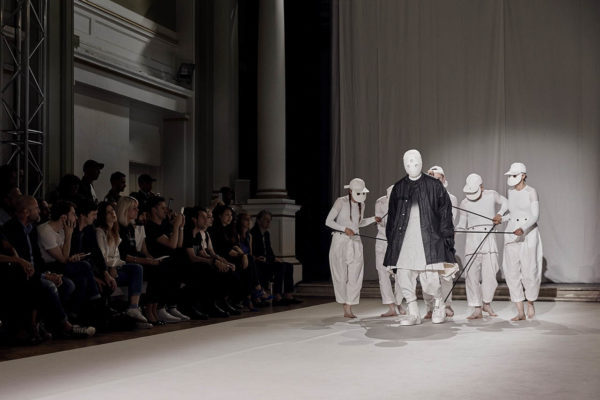 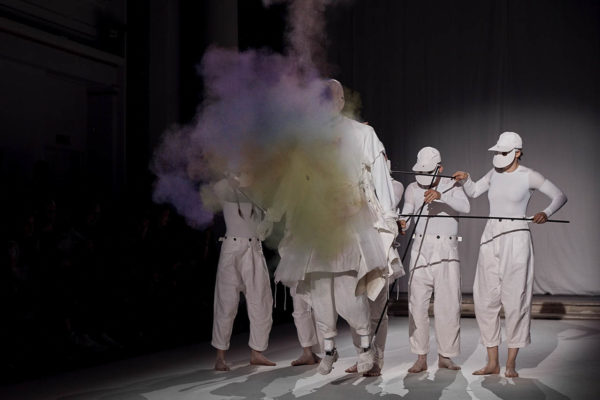 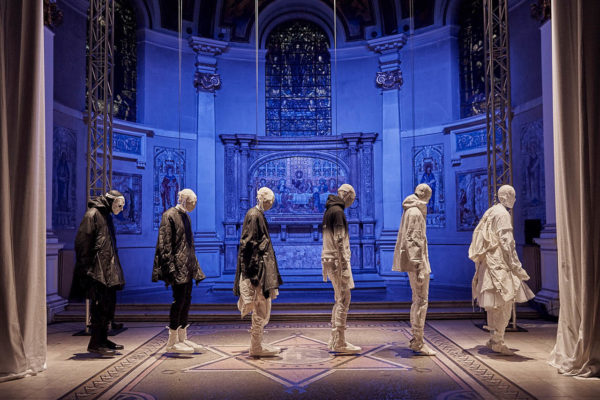 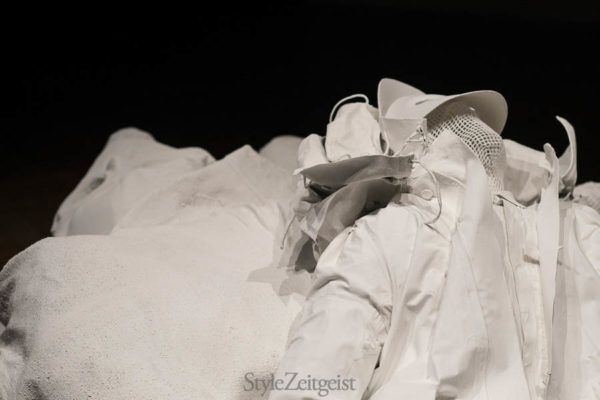 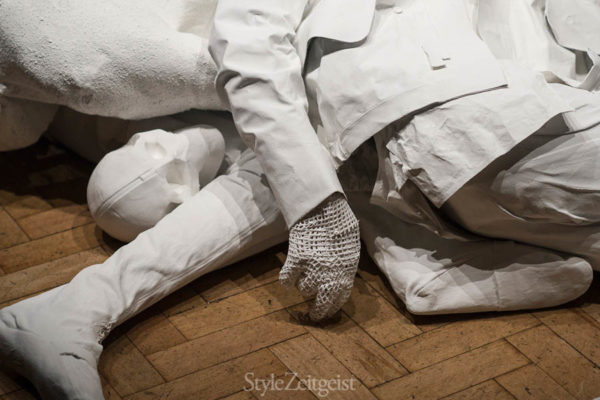 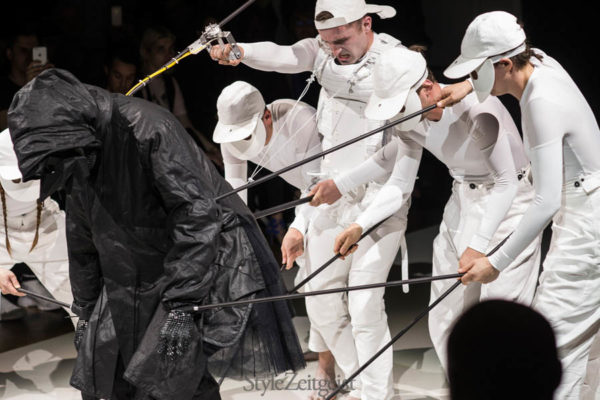 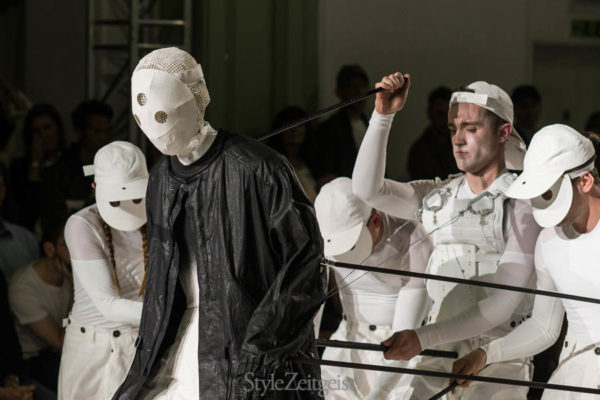 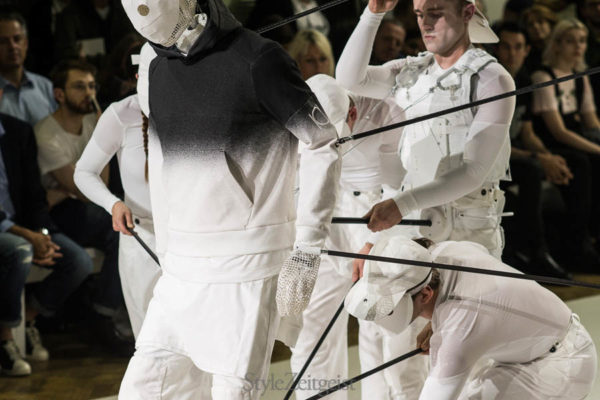 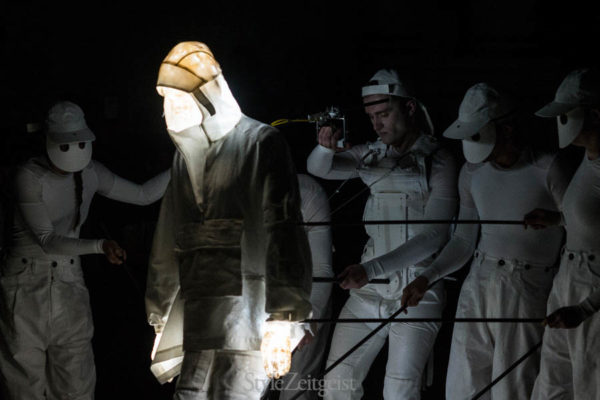 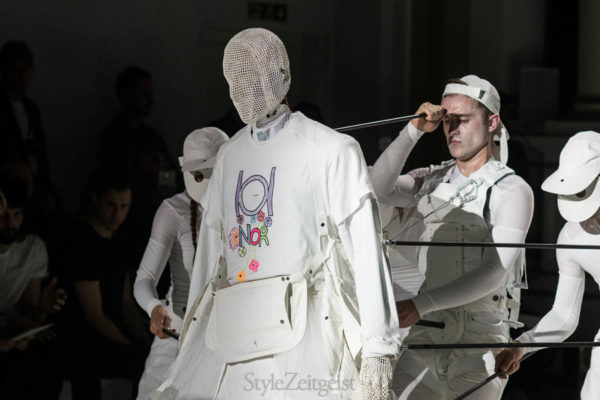 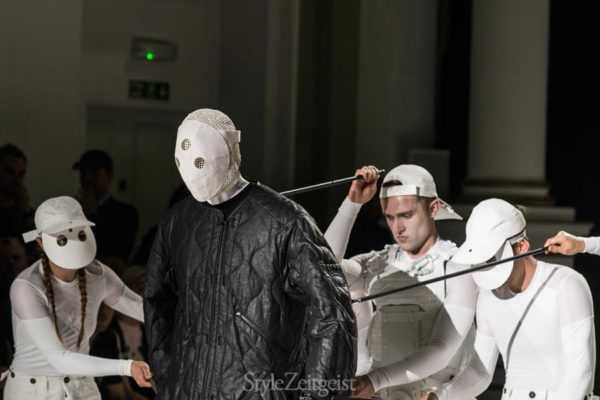 We would like to present to you Aitor Throup’s New Object Research Spring / Summer Men’s collection, The Rite of Spring.

This is a self-portrait.

necessary to protect me from judgement and opinion.

Throughout my 5 years of fashion based studies, and my ten years of somehow existing in

this industry, I have invested the vast majority of my time and my energy in creating worlds,

defining rules and regulations for my creativity.

of New Orleans’ and ‘On The Effects of Ethnic Stereotyping’.

I had achieved a personally satisfactory level of storytelling and product innovation, which

had been my commitment up to that point. But I was still deeply unhappy as an artist. I was

trapped by my work. I just wanted to create and to finally unblock the limitations that I had

created around myself. I wanted to take off the armour that was my creative ego. To take off

the self-made mask which had obscured my true self for so many years.

to understand a way out of it.

I understood why I had put myself through years of blind commitment to an unknown cause.

I finally understood my work, and at the same time broke free from its previous restrictions.

distributed collection which is already being developed for a January 2017 launch.

The concept pieces displayed tonight, including their method of presentation, will be on display

To further clarify: the sculptural installation in the reception area is also a self-portrait.

Four life casts of my own body, each wearing development prototypes of each of the four

previous New Object Research concepts; and laid on top of one another as if dead.

This piece represents the acceptance of the now. Through defacing my own work by covering

it in a ghost-like white paint, I am disregarding its current surface value whilst respectfully

allowing it to peacefully rest, grateful of the value it will forever hold beneath the surface.

StyleZeitgeist Photography by Julien Boudet and may not be reproduced without expressed permission.